This year’s Big Trip was VERY BIG.  17 days long and 2600 total driving miles to be exact.  We were not as ambitious as previous years,  and planned to get 2 of the last 4 resorts on the list in Colorado done. We also want to revisit one of our top 2 favorite resorts: Telluride.  And then, last minute, we threw in Park City on the way home. 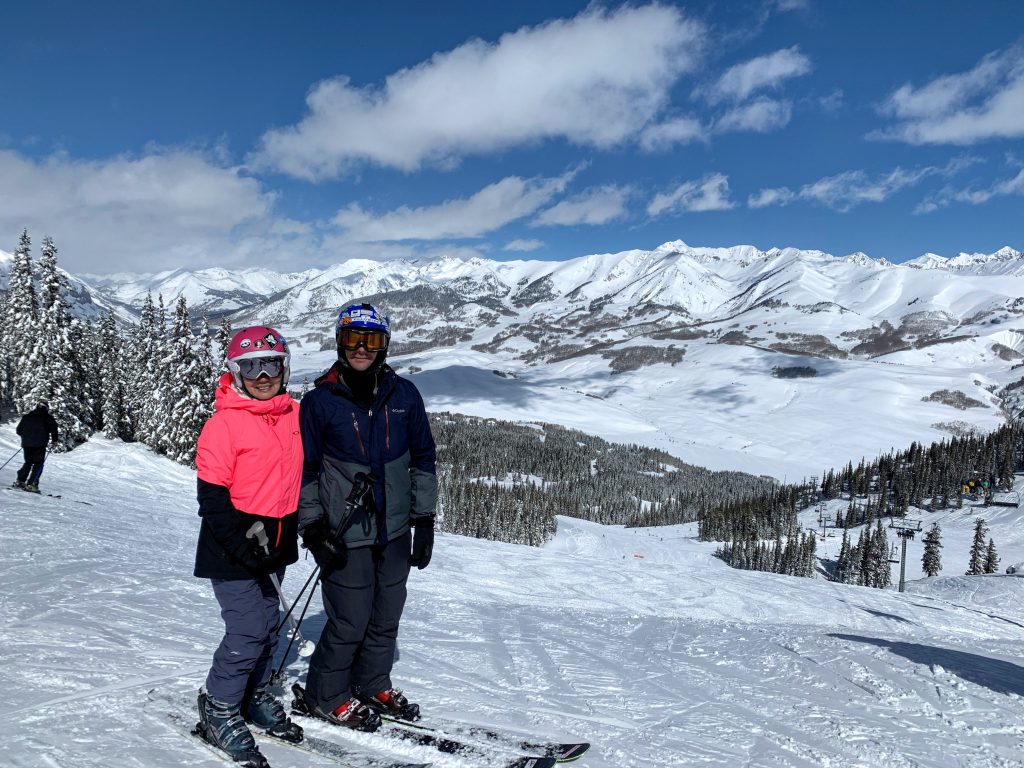 Planning for this trip started last summer when we upgraded our passes to Vail’s Epic pass, which includes Crested Butte and 5 days at Telluride.  We were banking on the weather patterns favoring southern Colorado this year with the long-term climate forecast models pointing towards El Nino. Although the El Nino never materialized, pretty much every state in the Western US had well above average snow anyway. We hit some of the best conditions of the year everywhere we went.

We started the trip in our own backyard in Tahoe, Heavenly.  I had the best run of the DECADE on the very first day.  Tahoe had the biggest February for snowfall on record. And it was also very cold with the snow line was all the way down to 2,000 feet or so.  This gave me a once-in-a-decade chance to scratch off another bucket list item:  The “Minden Mile”.  The “Mile” is a 5,200 vertical drop run from the top of Heavenly to the town of Minden in the Nevada desert at 4,800′ elevation.  It’s rare that snow sticks for more than a day or so down there. However, it was deep and cold enough to enjoy powder turns all the way down.  It was incredible to have that kind of a huge vertical drop run outside of Canada or Europe. 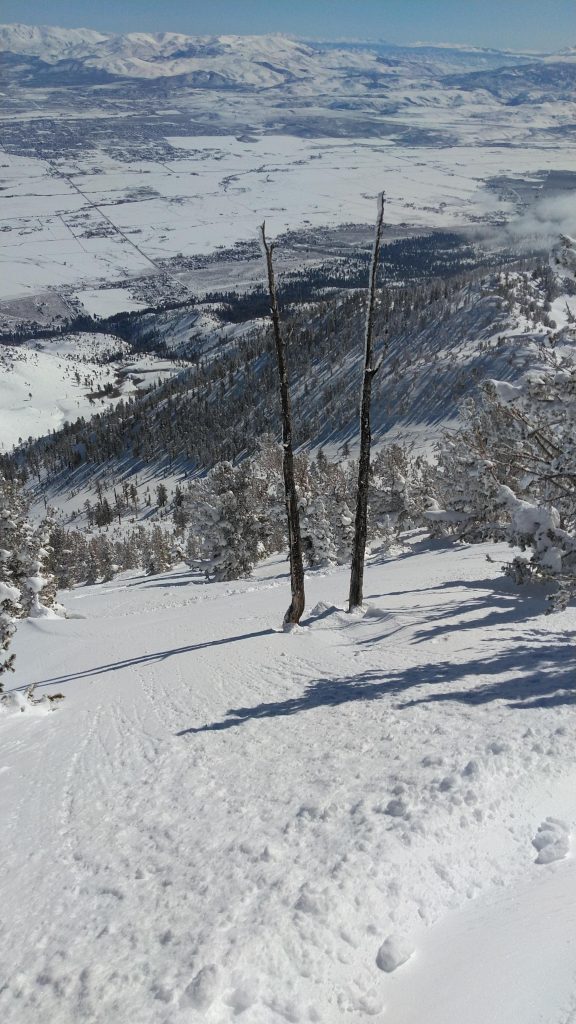 Upper part of the Minden Mile at Heavenly, February 2019

Next we drove 760 miles to Grand Junction Colorado to ski one of the smaller Colorado resorts: Powderhorn.  We met up with Tom and Nancy Johnson who are friends of one of AiRung’s clients.  They have lived in Junction and skied Powderhorn for the last 2 decades. Tom is a patroller there and we got a great tour of this really fun and unique resort. This resort is another great find that we never would have skied without the project, and one we are certain to return to.  Grand Junction is a pretty great town as well, with a nice walkable downtown with shops and restaurants. 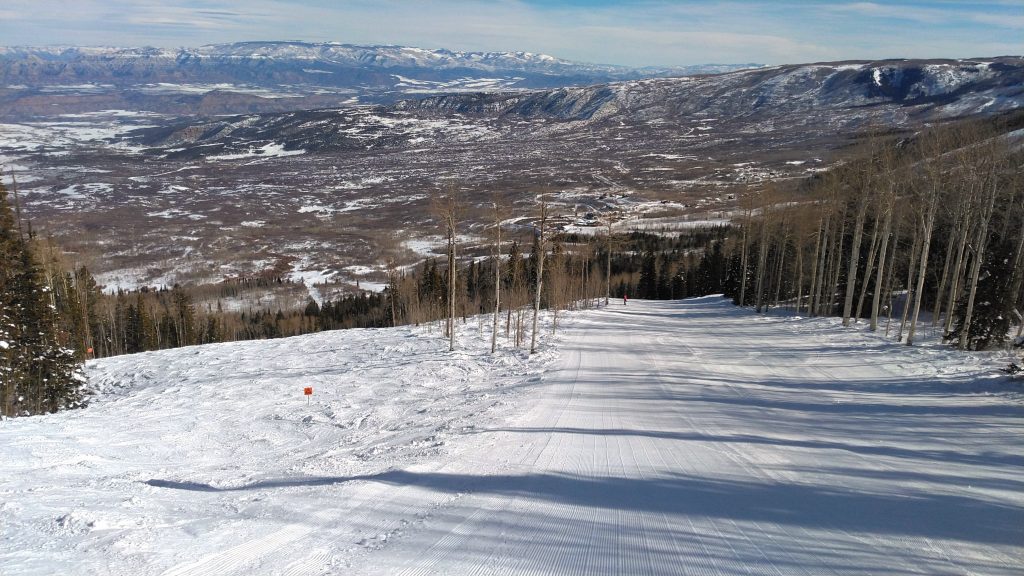 Another thing we liked about Grand Junction and Powderhorn is that the town is at only 4,600′ elevation, so it’s easy to get a good night’s sleep.  This is about 5,000 feet lower than where we stayed later in Telluride and Mt. Crested Butte.  We always have trouble sleeping at those high altitudes, so the option to ski Colorado but stay down low is attractive.

We continued on to Telluride after Powderhorn.  As before, we really enjoyed the steep groomers and views. This time we also got 2 powder days out of the 4 dyas we skied to experience the whole package! 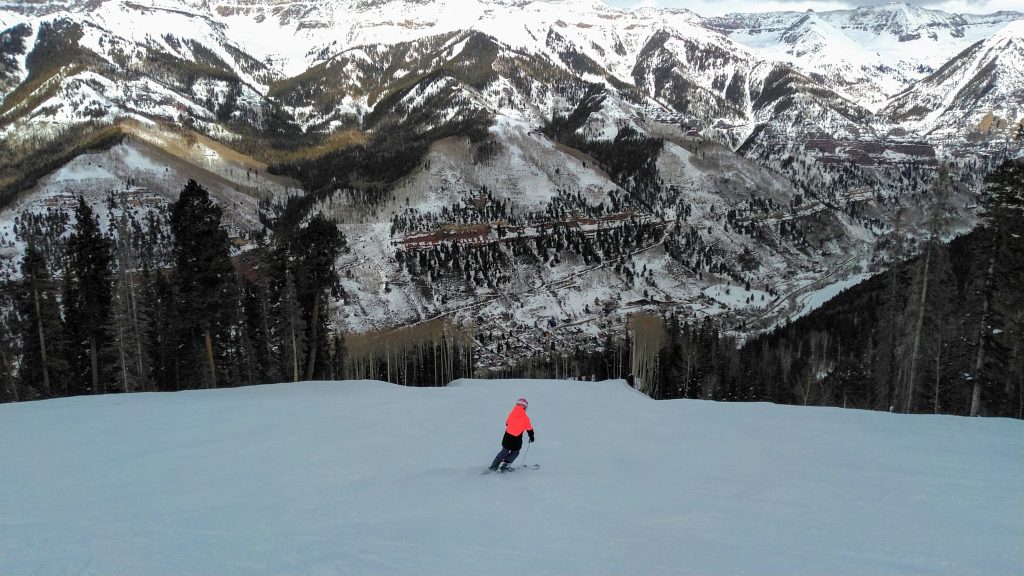 This is why we love Telluride, March 2019

Our next stop was Crested Butte.  I lived in Gunnison and Crested Butte for 8 years, first as a student attending Western State College, then as an employee of the resort. So it was a home-coming for me. I left Crested Butte 26 years ago and had not been back in all that time.  The changes were huge.  But this was AiRung’s first time here and I got to show her around some of my favorite places. 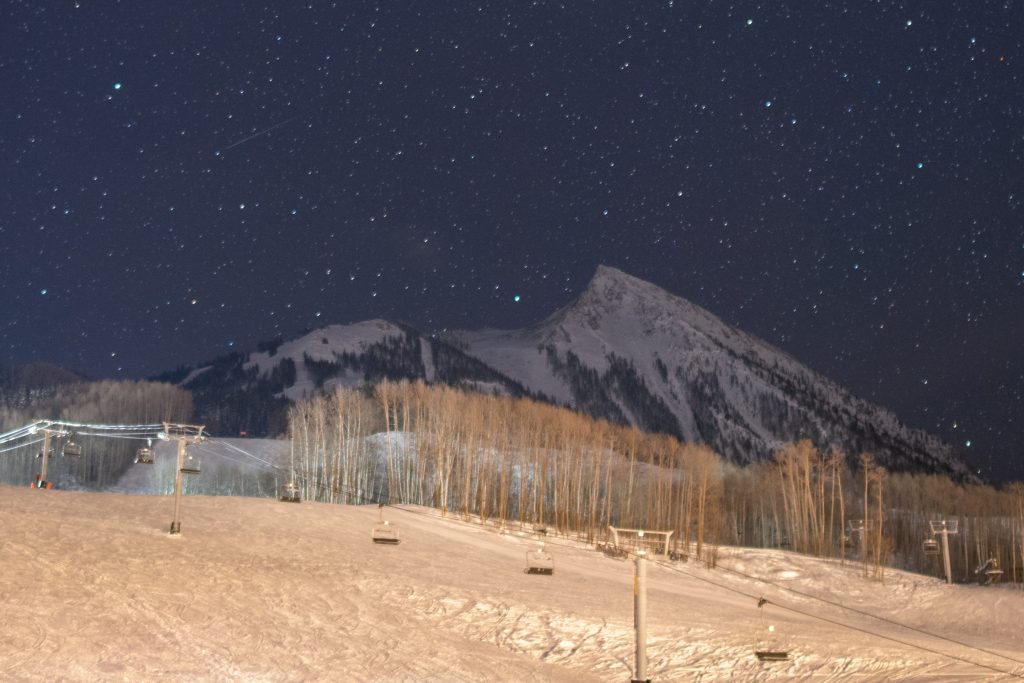 We had 3 days there with fresh snow every day.  The skiing was the best I’ve ever seen in Crested Butte, considering I had 8 full seasons of skiing CB as my home resort. In fact, from the last 2 days at Telluride to the day we left Colorado a week later, it never stopped snowing for long. Crested Butte has some of the most impressive steep terrain in North America and every skier who likes steep terrain should give it a try. 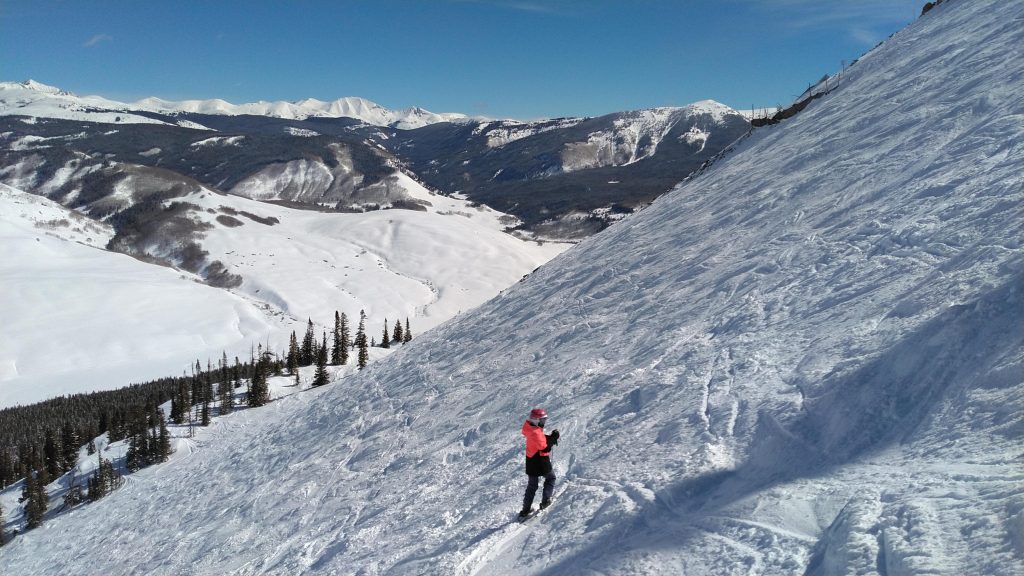 Showing AiRung around the North Face at Crested Butte, March 2019

To break up the long drive back to South Lake Tahoe from Crested Butte, we added  Park City as a “stop” in between.  With only one day to ski, we picked our favorite side of the resort, The Canyons.  We used to go there every year to ski the massive amount of terrain,except last year. So it was time to go back.  This year Vail has upped their grooming game at Park City, claiming the most nightly groomed terrain in North America.  Conditions were great with lightly falling snow all day. 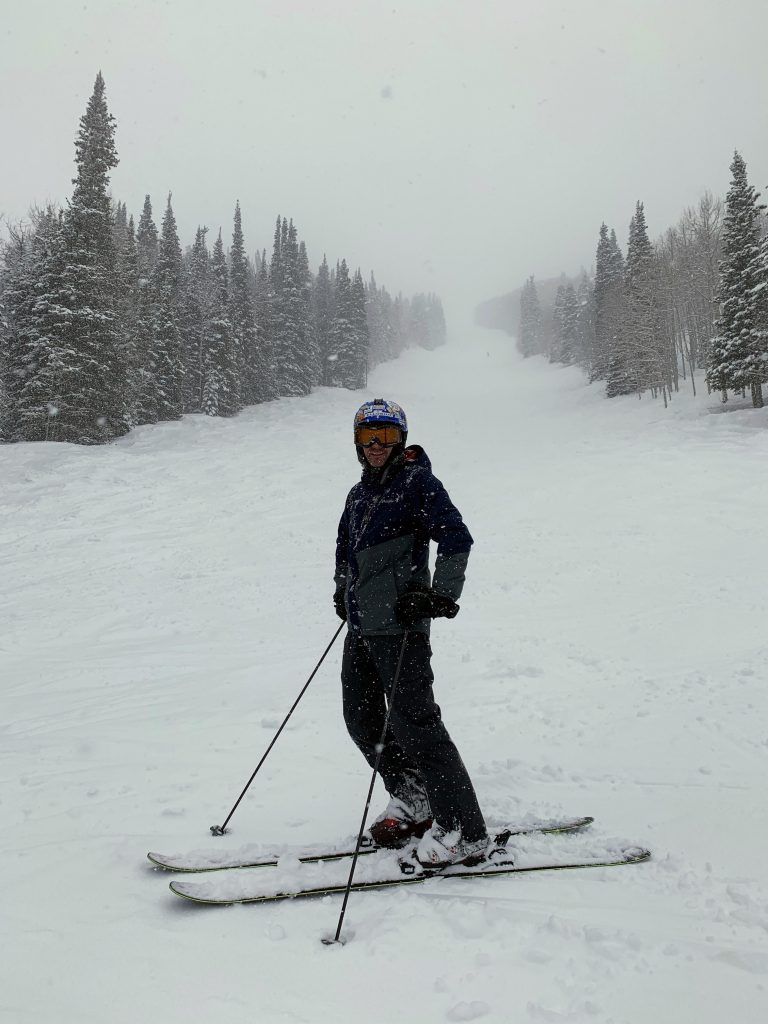 As of this writing in early April, it’s still snowing in Tahoe and Heavenly has extended their season until Memorial day, so we still have almost 8 weeks of skiing left!  With 51 days thus far for me and 38 for AiRung, this will certainly be the most ski days we’ve ever gotten in one season.