Sierra at Tahoe is the 2nd closest ski area to our Tahoe house. It has a good combination of attributes that make it a very popular choice for Tahoe skiers.  This review is based on many visits from the 90’s to present, including a full year with season passes as our main Tahoe resort.

Sierra was severely impacted by the Caldor fire in September 2021.  Reports are that the fire burned almost all the trees in the West Bowl pod, and maybe 50% in the rest of the resort.  All the buildings survived except the maintenance building, but the Grandview chair and others were damaged.  It doesn’t look like they will be opening for the 21/22 ski season except for one weekend in April, and the resort will be very different when they do eventually fully open in Fall 2022.  We will update this review once we get to actually see what’s left and how it skis after the fire. 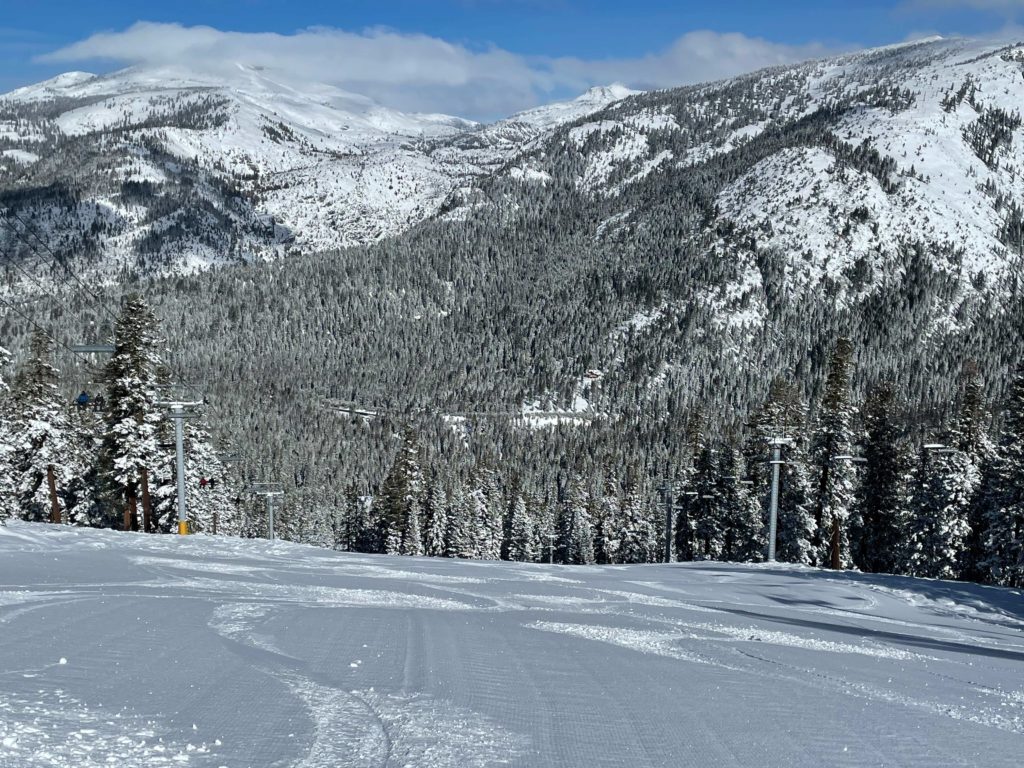 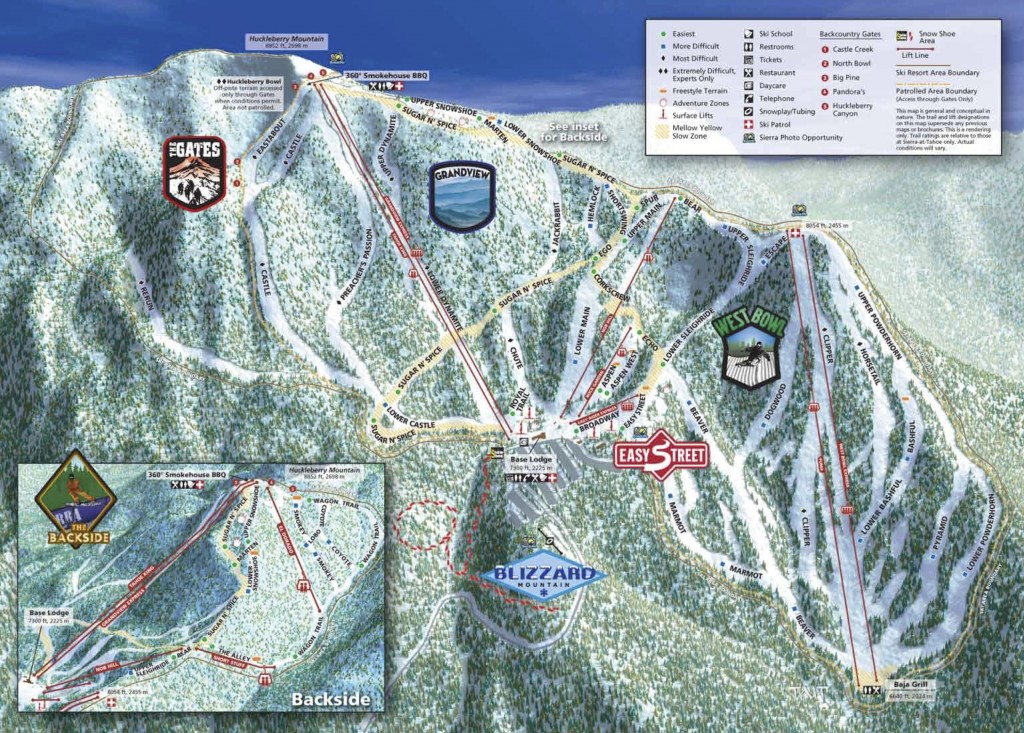 I started skiing Sierra in the mid-90’s and have been back several times — even as a snowboarder once or twice.  The area is very popular with snowboarders because there are very few flat spots that require snowboarders to unclip.  It also has a younger vibe to it.  They offer more lift ticket discount programs than the Vail resorts nearby, which attracts the more occasional skier who doesn’t want to buy a season pass.  It’s popular with Bay Area families who go once or twice a season for this reason. 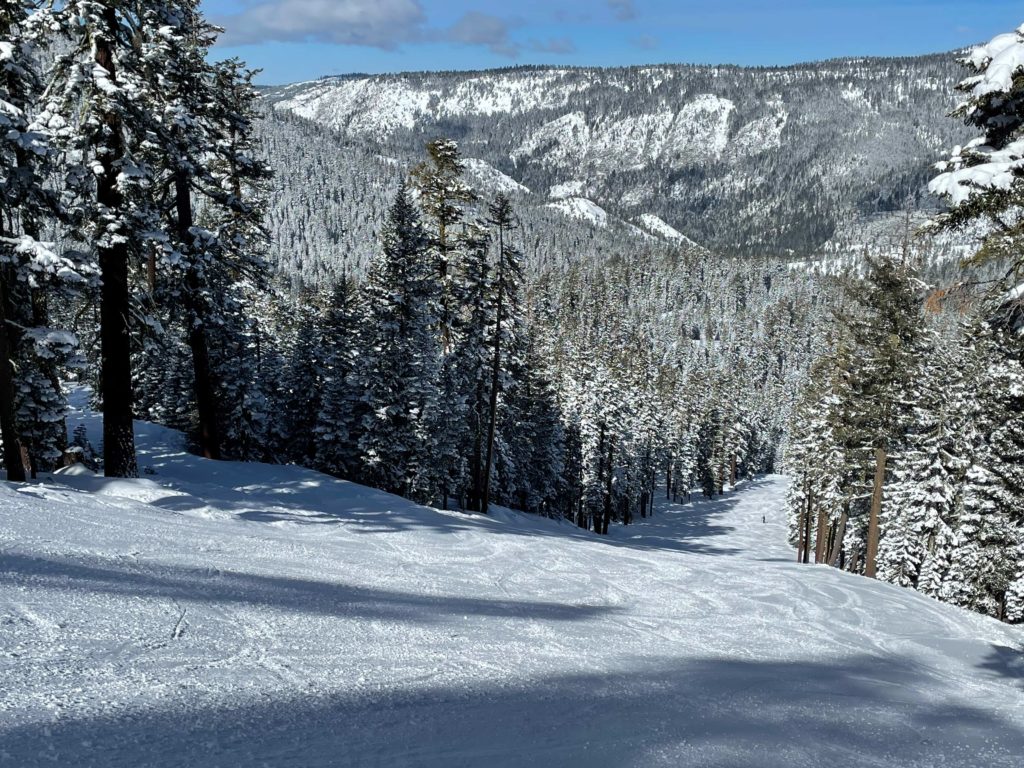 The terrain is pretty good, facing predominantly northwest on the western slope of the Sierra Crest.  Due to its favorable location, it picks up a lot of snow — just behind Kirkwood and Sugar Bowl in annual total.  We skied there on one 36″ powder day and had trouble even making it down because the snow was so deep.  They even have some snowmaking to augment in a dry year, but not enough to make it worth going if there is no natural snow. 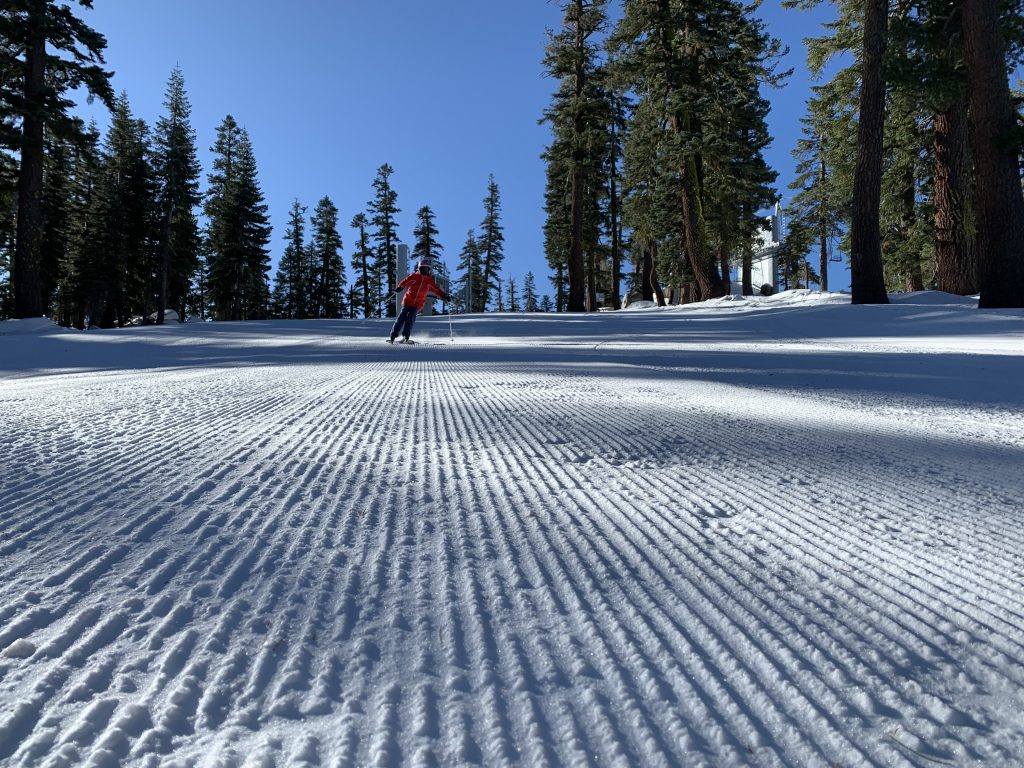 The 2 longest lifts that serve the 2 main ski pods have been upgraded to high-speed quads, which is ideal.  There are many other lifts serving smaller pods, but the only one that really adds anything is a short double at the top facing south serving some short blue runs. 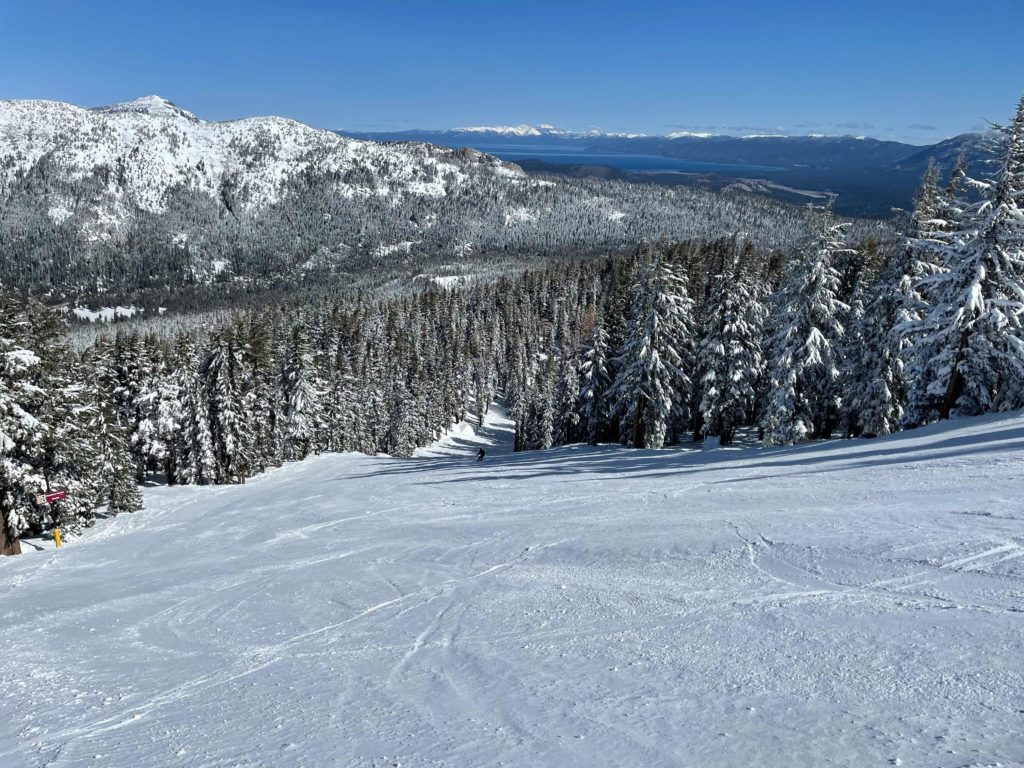 The Grandview lift from the upper base area goes to the summit and serves some long blue and black runs.  This is also where the best tree skiing is, to the north of the lift line (skier’s right).  Just like at Heavenly, the trees are widely spaced and very skiable. 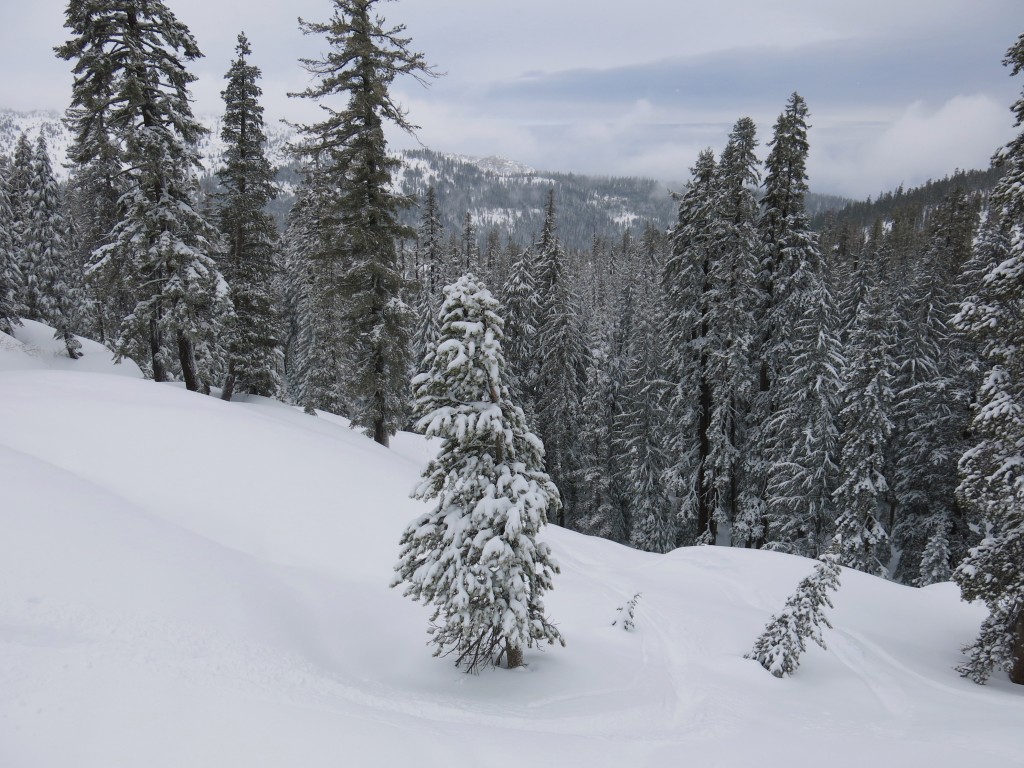 The West Bowl lift serves the best natural intermediate terrain, with long consistent runs ideal for most skiers.  The elevation at the base is a bit lower there, so in some years it starts to thin out toward the bottom a bit, but it’s usually just high enough to work — especially with the usually deep snow. 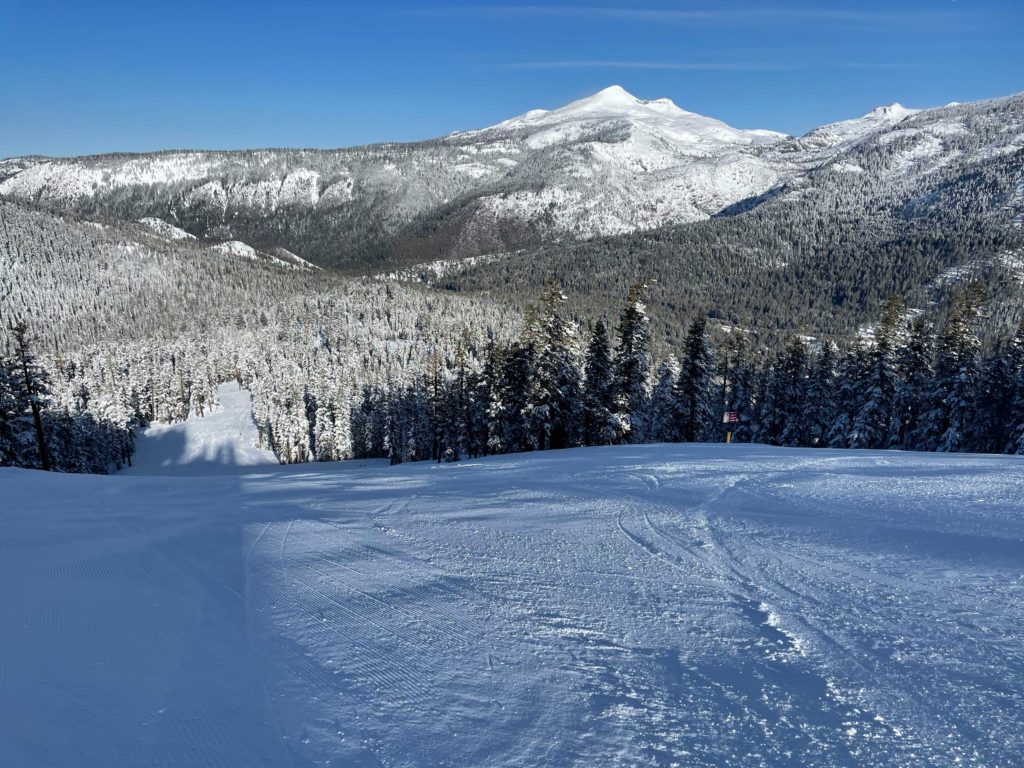 Pyramid Peak from the top of West Bowl at Sierra-at-Tahoe, Feb 2021

A recent addition to the trail map is Huckleberry Bowl.  There are 5 gates into this area, and all of them are steep.  The area has a definite back-country feel with lots off rocky drop-offs, pillows, chutes, and steep trees.  There are very few signs or ropes.  This area is great fun, except for the hike out at the bottom.  It’s a long uphill slog getting out of there, and it takes some time so laps are difficult, but rewarding. 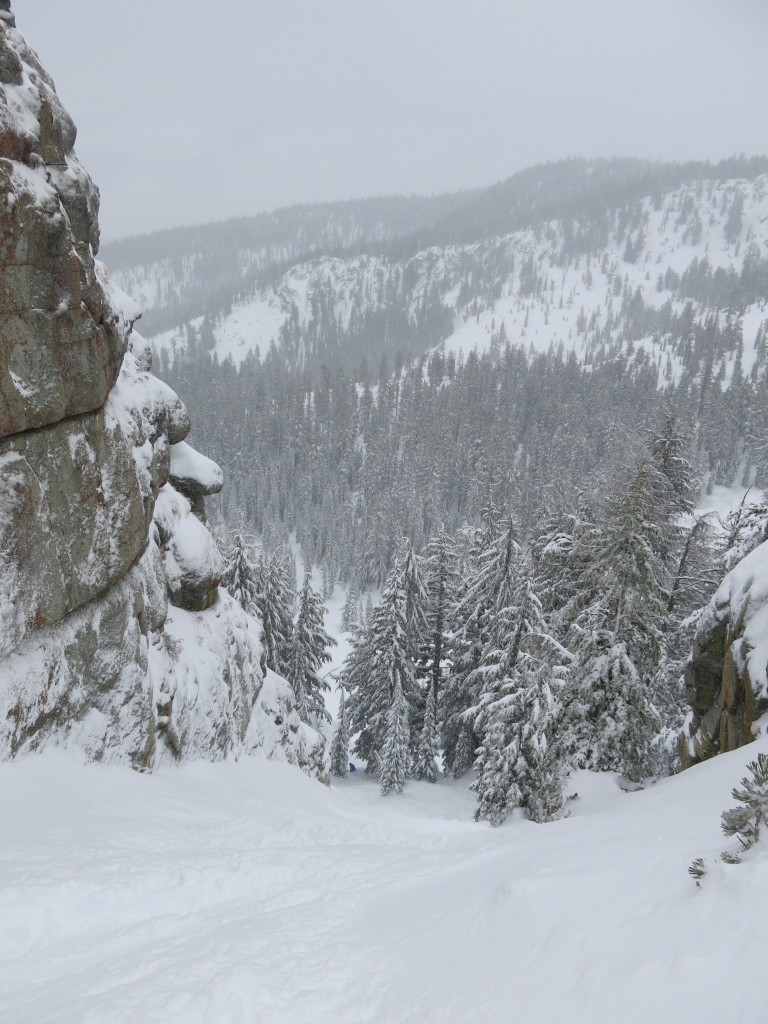 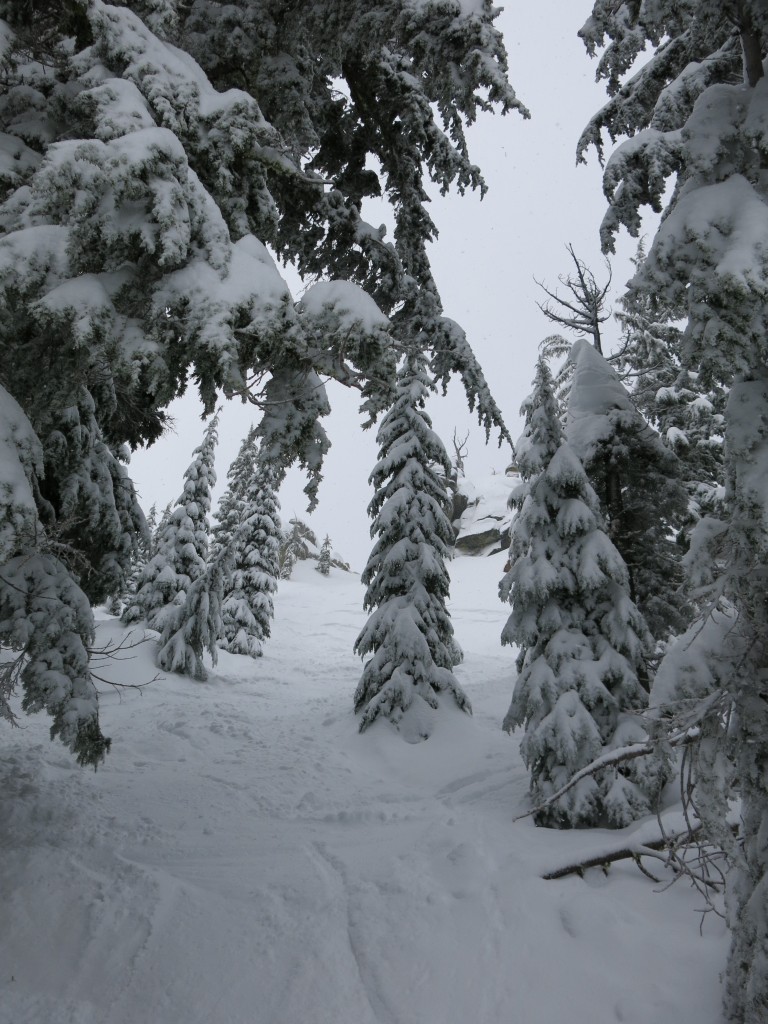 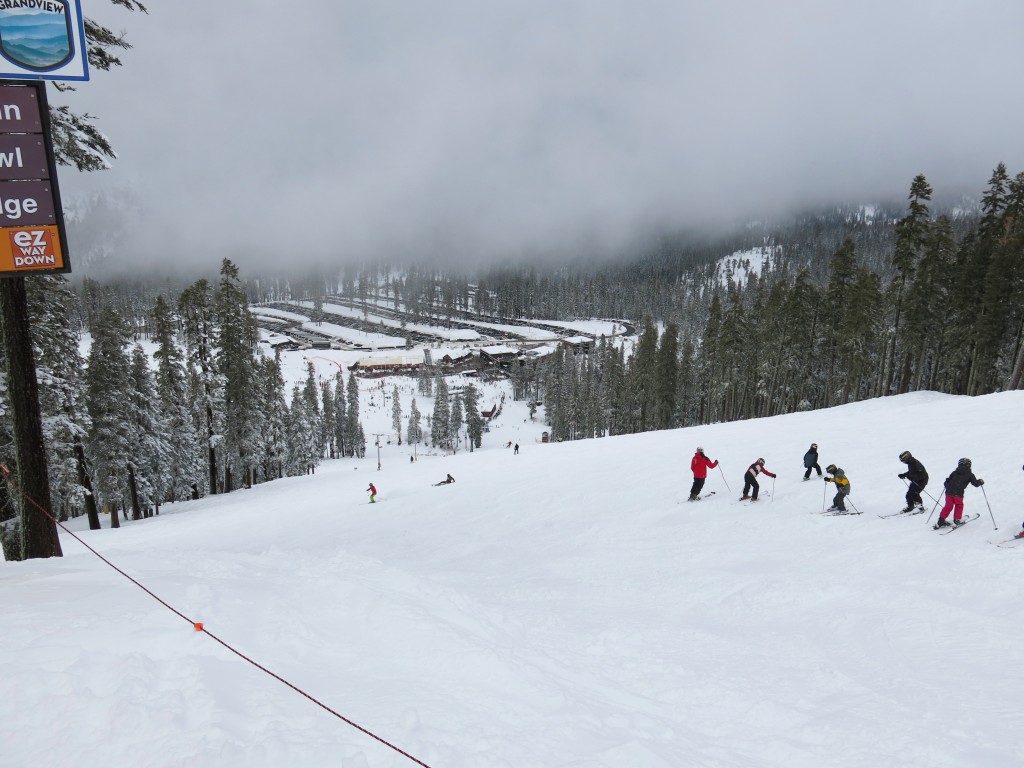 Sierra is a solid choice for Tahoe skiing and is one of our favorites due to proximity to our house and snow quality.  It’s not at the top of our list of California resorts, but in some years we get season passes because their unlimited pass gives us holiday skiing when we are blacked out at Heavenly and Kirkwood.  It’s likely we will be skiing Sierra regularly for many years to come. 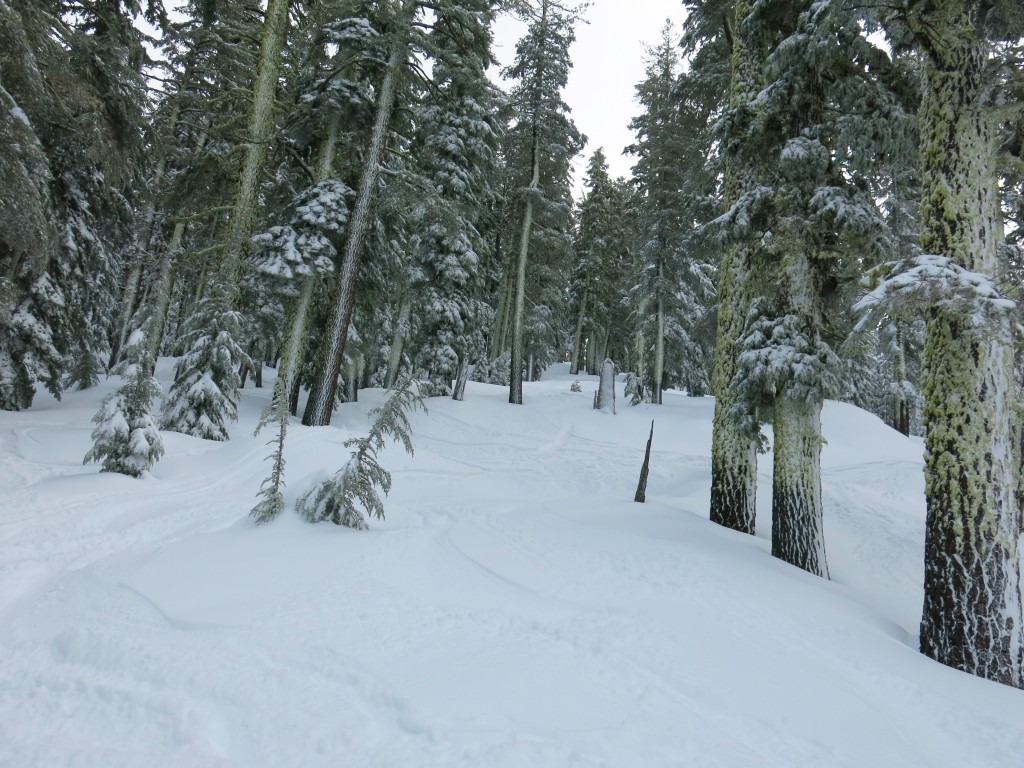 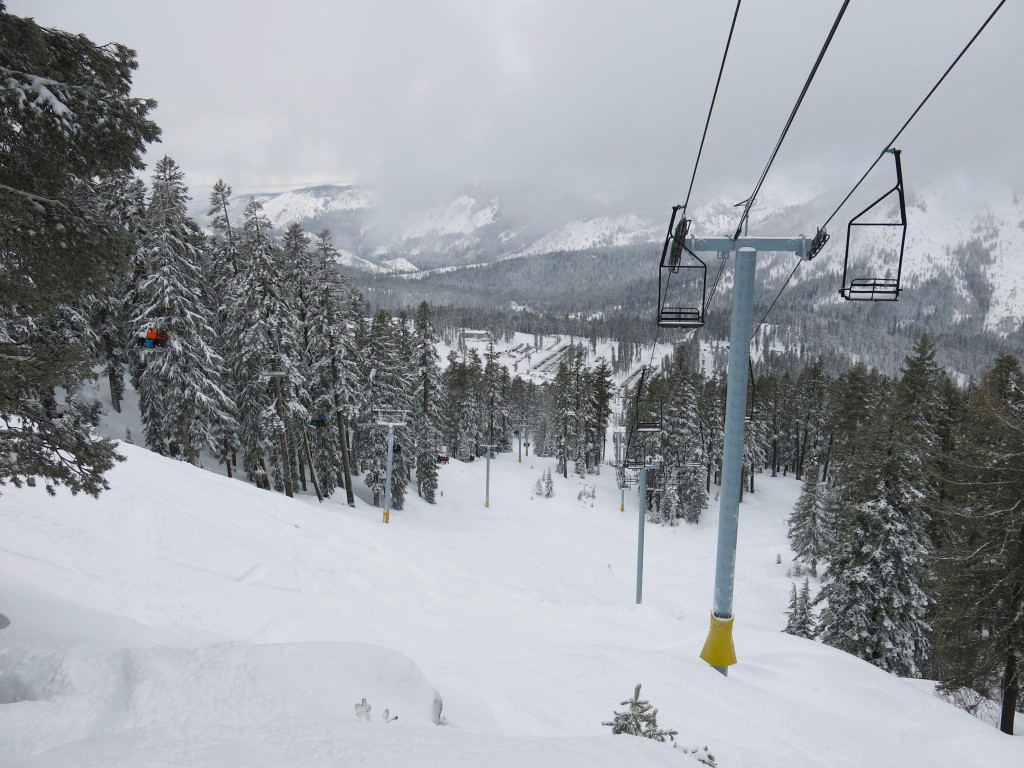