Arizona Snowbowl is one of the two larger Arizona resorts that are candidates for the project.  Both qualify on stats, but Snowbowl makes the list because it has a significant consistent vertical, steeps, bowls, views, and a good reputation in the skiing community with dedicated locals.  We visited once for this review with good snow conditions and weather. 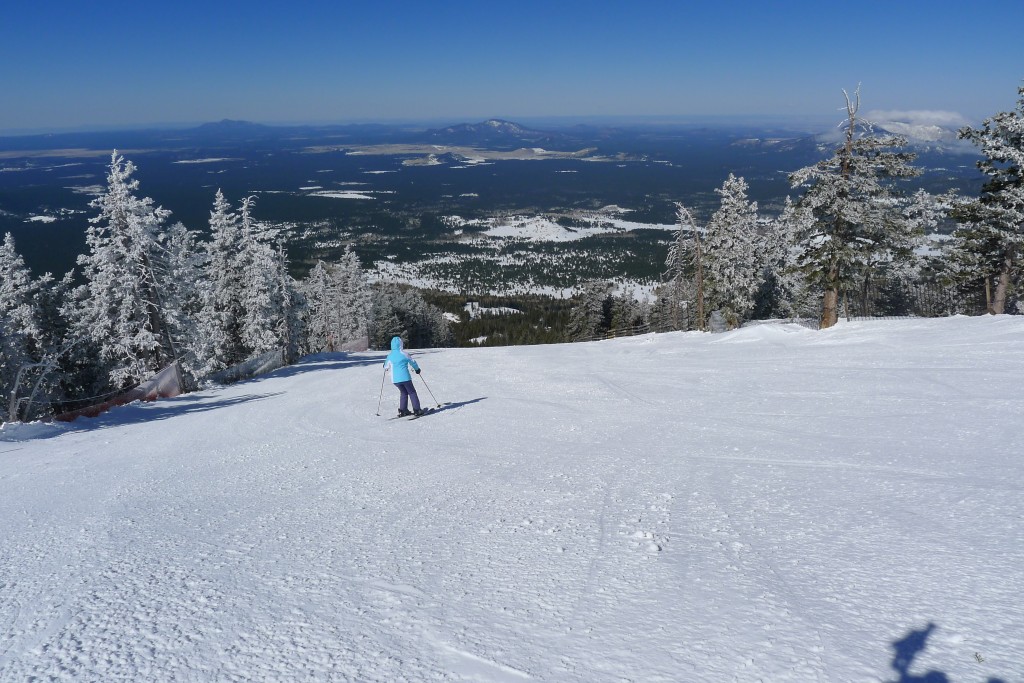 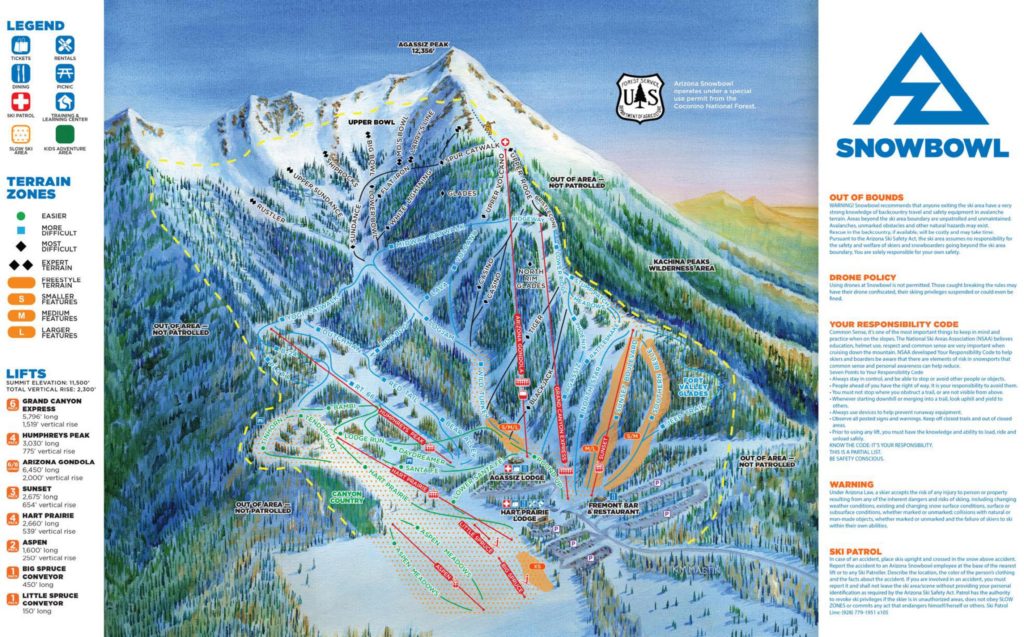 This was the last resort on our tour from Brian Head to Telluride to Purgatory and ending up in Flagstaff.  It’s a short drive from Flagstaff on a very windy road up through the forest, somewhat like Ski Santa Fe in New Mexico.  This is actually the most southerly resort on our list.  This review is based on one visit during good conditions.

We weren’t expecting much because of the location and when you look at the trail map it’s not that impressive, but we were actually very surprised at how great it was.  Well, the stars were aligned for us. The week before we arrived, they had gotten about 3-feet of snow, and the coverage was great with a 77-inch base.  Also, after a long battle with the local tribes, they finally were able to install snowmaking recently, so even the lower elevations were well-covered.

The resort has one of the largest beginner slopes we’ve ever seen on the lower-left of the trail map.  Luckily this is where most of the people were.  It was a Friday and in the afternoon a whole bunch of (I’m assuming local) skiers arrived and most of them were renting equipment.

The Sunset triple chair at the bottom has mostly been turned into a terrain park, but we did take one run on that lift which was a nice mellow intermediate run as a warmup.

When we were there, the main action was on the Agassiz Triple chair which starts about 300-ft higher than the base and rises 2000 feet to the top at 11,500 feet.  This lift serves a wonderful collection of intermediate and expert terrain.  4 of the black runs were groomed from the top as well as all of the blue runs.  They do a great job with grooming at this place with visible winch-cat anchors at the top of the steep runs allowing high-angle grooming.  We lapped this chair all day and racked up quite a bit of vertical at 2000 ft a pop.  This lift has since been replaced with a high-speed chondola (gondola / 6-pack chair combo) called the “Arizona Gondola”.  This will be a huge improvement.

There is another new 6-pack chair since we were there: The Grand Canyon Express.  This is parallel to the Arizona Gondola but terminates lower to avoid the advanced terrain at the top, providing intermediates an easier time of it.  These 2 lifts together provide a staggering amount of capacity for the main mountain.  It would be interesting to see how busy the runs are now, but I bet the lines are pretty manageable even on the busiest days.

There is some hike-to terrain off the top above the catwalk that looks interesting.  It’s actually a pretty short hike to get up to the ridge top, and we saw some people doing it.  However, when we were there you needed a backcountry permit from the forest service that we didn’t have so that was off the table.  I would like to see them open that terrain up to all like most other resorts do these days.

The restaurants and lodges are pretty basic with pretty average food, but that is expected in a place like this that serves mostly local skiers.

Below average snowfall and other stats

Although we really enjoyed our day there, we gave Snowbowl just a 2-star rating.  This is mostly because of the highly variable snowfall that Snowbowl receives.  It’s just a bit too far south and often gets cut-off from the storm track for weeks at a time.  It’s not just snowfall though — by every metric in the stats above it is well below average.  Although we hit it at a great time, the resort is not up to par with other resorts on our list. 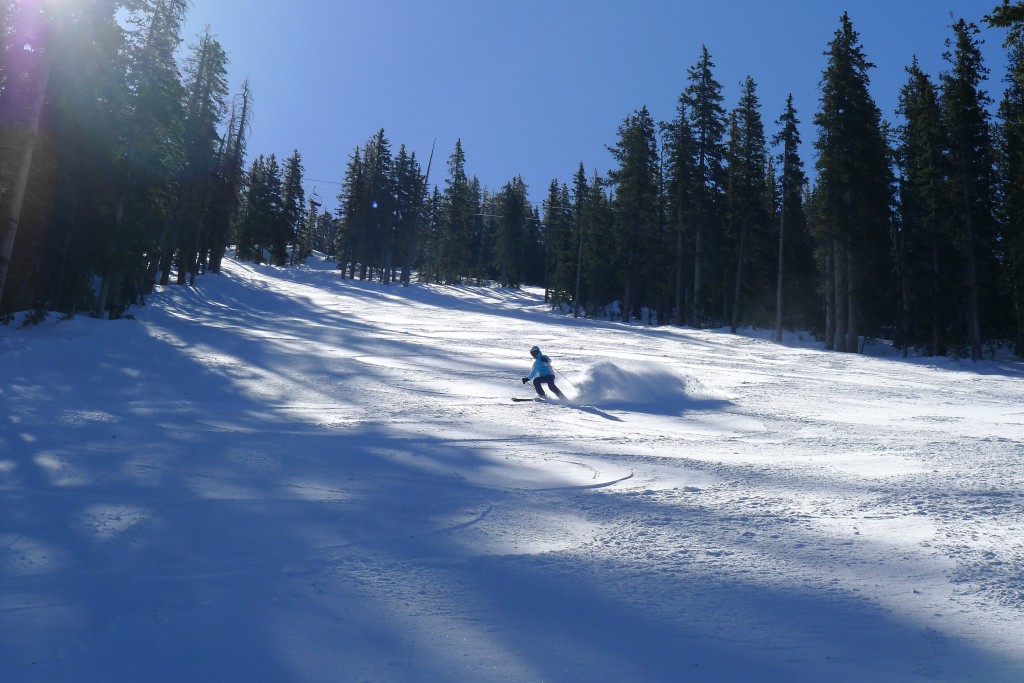 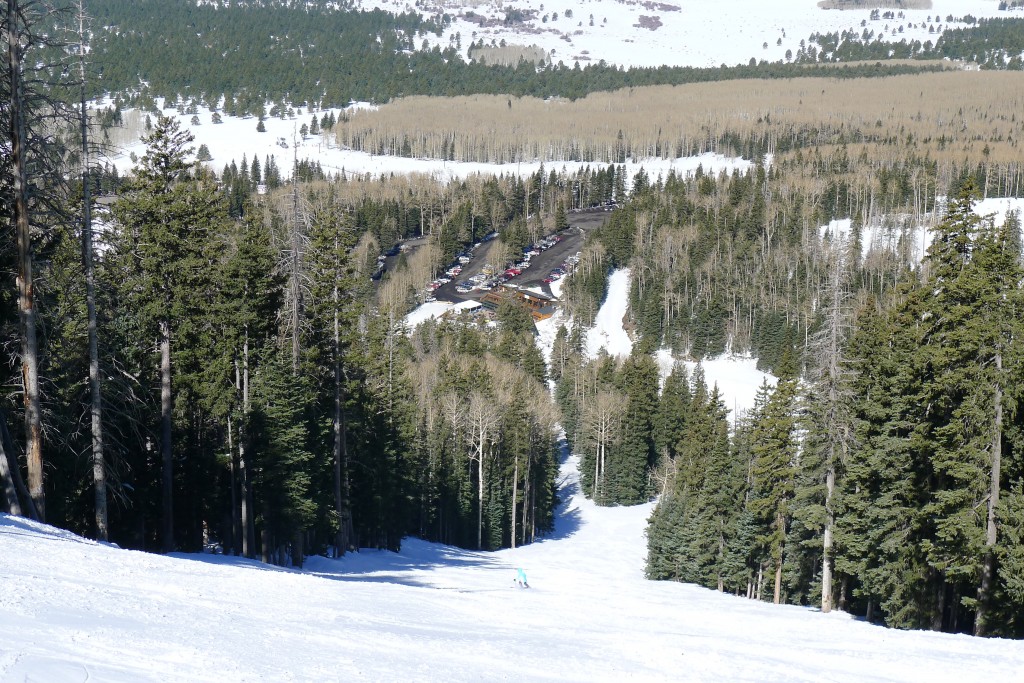 Take a run down Upper Ridge and enjoy the views on the way down.

This place is a gem under the right conditions like the ones we experienced.  We would love to try it again with the new lifts that were installed after we skied it.  Many of the places we need to get to require a drive right past it on I-40, so this is pretty likely. 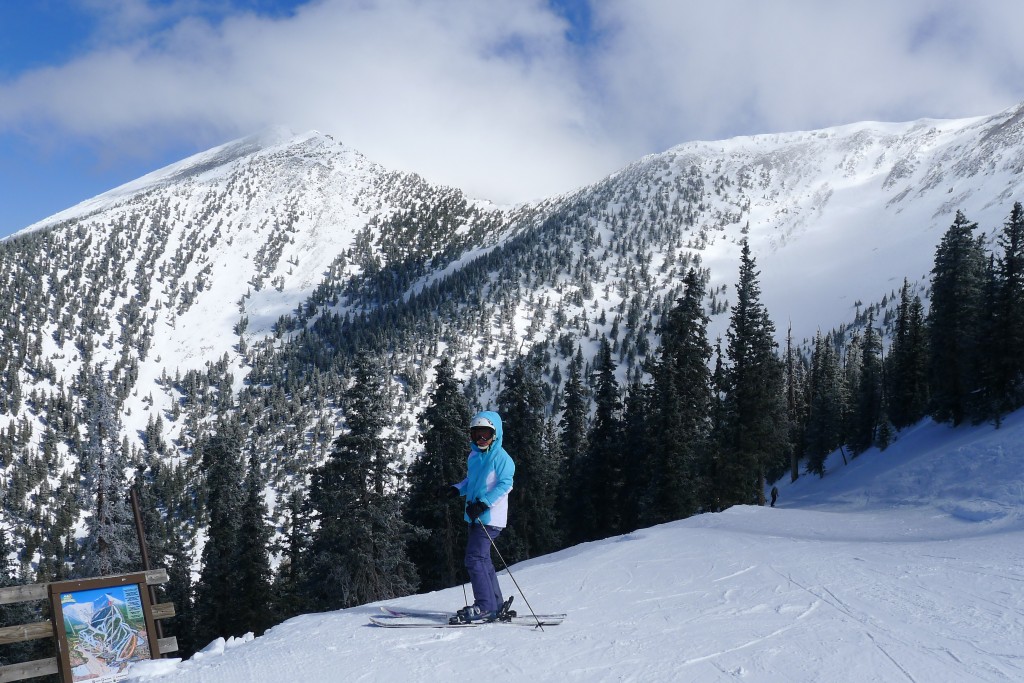