Snowbird is right next to Alta and thus shares the high annual snowfall numbers and proximity to Salt Lake City. It’s more of an all-around destination resort that attracts more families and also snowboarders since they are allowed at Snowbird and not at Alta.  This review is based on 4 visits from 2007 to 2016 during good mid-season conditions. 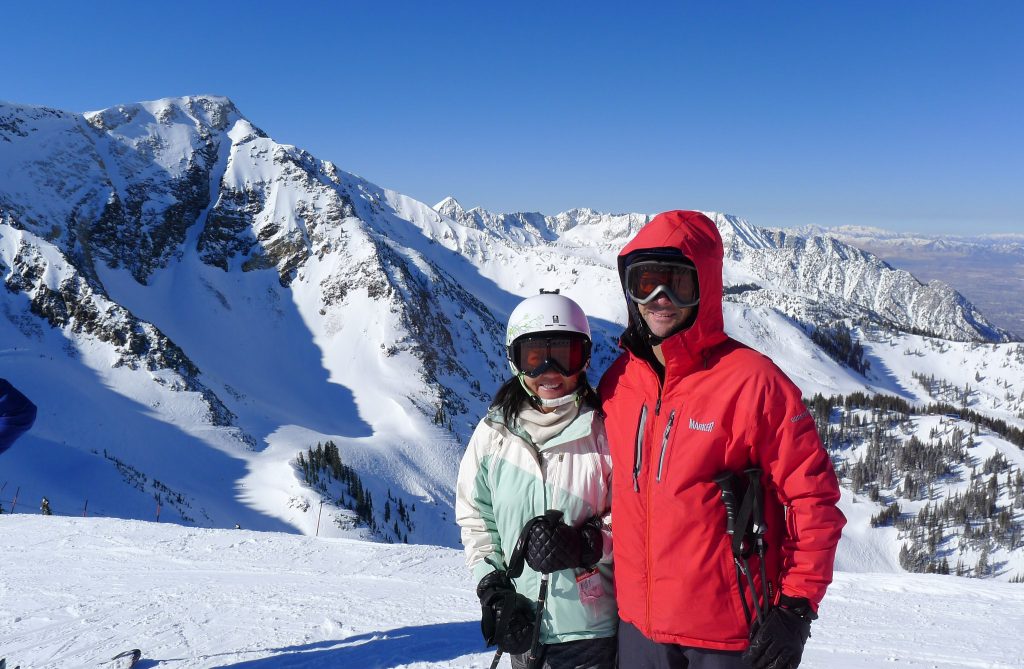 Us at the top of Snowbird, February 2014 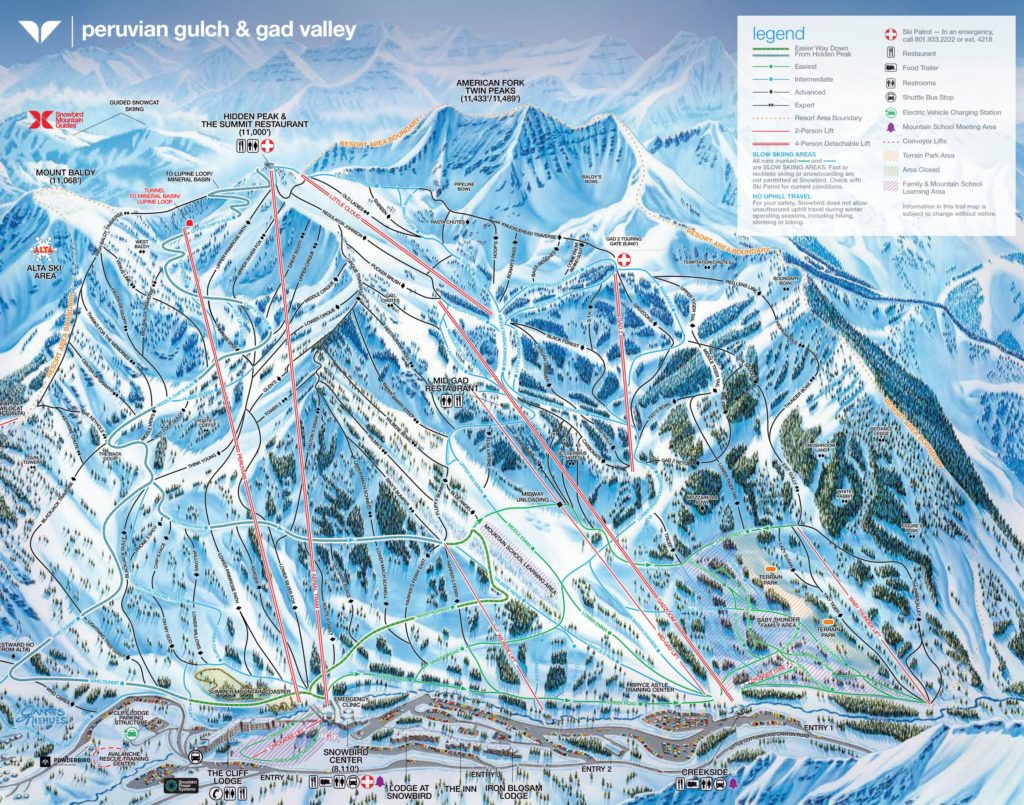 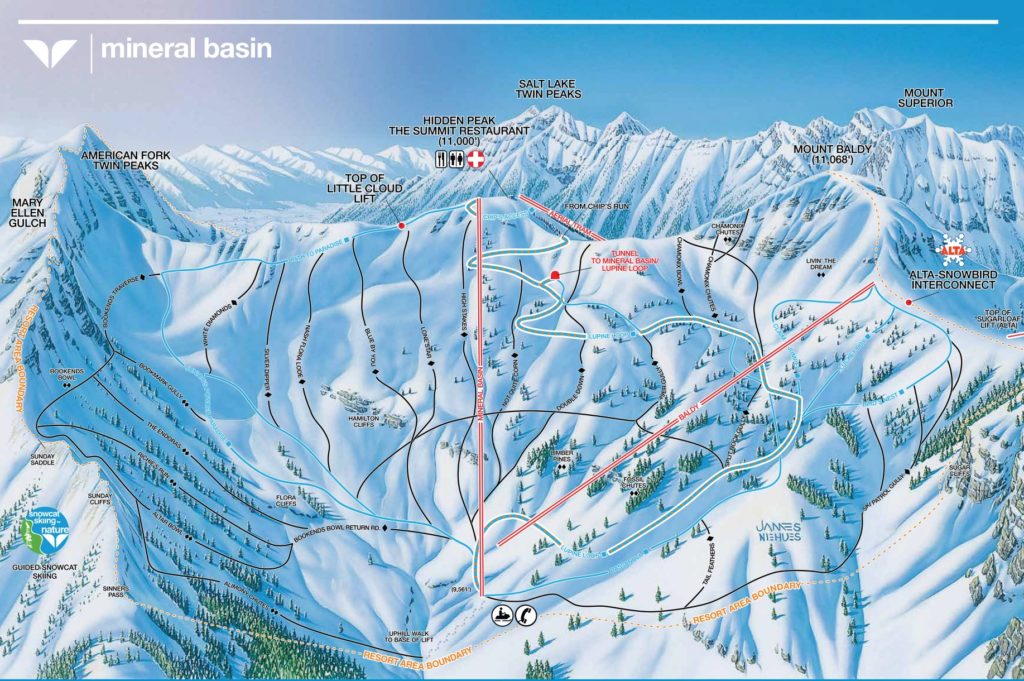 Snowbird is one of our top 3 resorts. It basically has everything we could want in a ski resort: Easy access, steep groomers, large vertical, efficient lift system, reliable and plentiful snow, north facing, high elevation, and it’s all about the skiing.

Snowbird has always been thought of as an adventurous place by most of the ski community. The co-founder and former owner Dick Bass was a colorful character who wrote a great book about climbing all of the highest mountains on each of the seven continents, including Everest which took him 4 tries. He built a resort that is scary at times, and which feels very alpine. 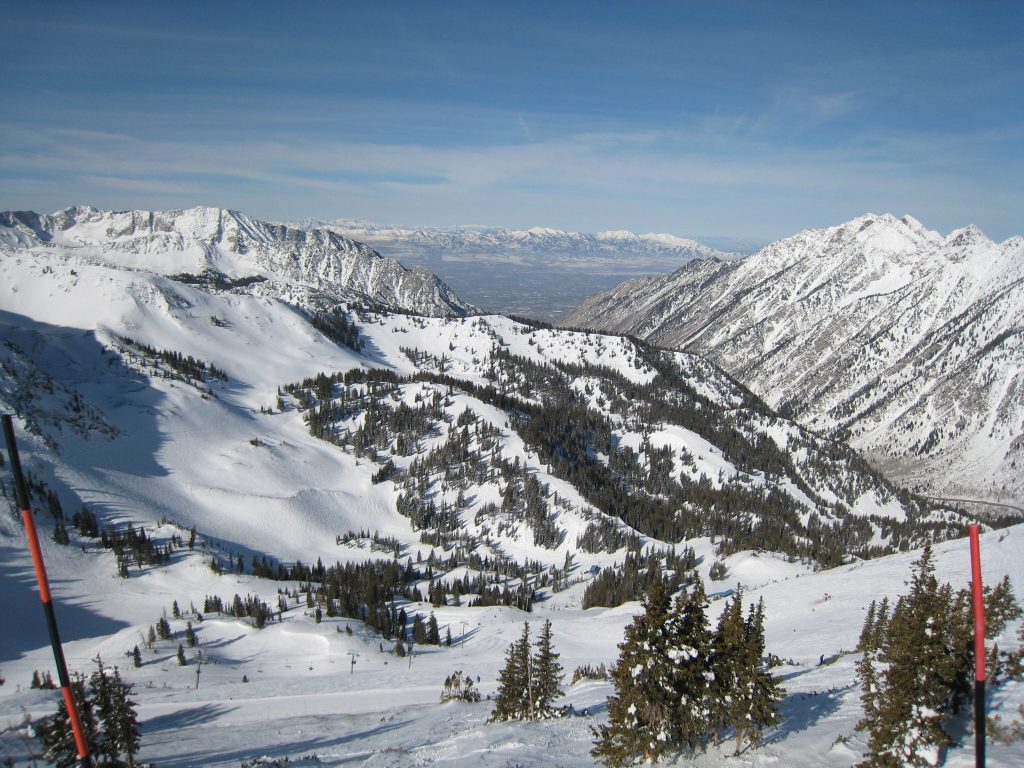 Looking west from the top of Snowbird, February 2013

I’ve skied there 4 times but AiRung only made it once. It was supposed to be the first ski area we tackled since we made up the top 100 list. However, as luck would have it, Airung blew out her ACL skiing at The Canyons (now just called Park City) the day before we were supposed to go. Sadly, all she got to do that year was ride the tram with her prepaid lift ticket. This story has a happy ending though, because her redemption was in 2014 after she healed up.

Snowbird is good for intermediates with a lot of groomed blue runs. But it is really best for advanced skiers who can get off the groomers and sample some of the very steep runs. Similar to Alta, you need to be cautious about where you go because you can get in over your head quickly. There are many runs we stay away from entirely, mostly with names containing the words “steep”, “chute”, or “cirque”.

The Twin Peaks area is actually in bounds and there is a marked run on some versions of the map “Pipeline” from the top of West Twin that is insane. We are not at that level so don’t need to concern ourselves with it. Thankfully, there are plenty of less dangerous places for us to scare ourselves at Snowbird.

On the south side is Mineral Basin. That high-speed quad is the most popular on the mountain because it’s a great intermediate zone. It has to be the most popular lift in Utah based on my experience. There is always a line there. Snowbird in general is a bit crowded and that is a direct result of the quality of the place. 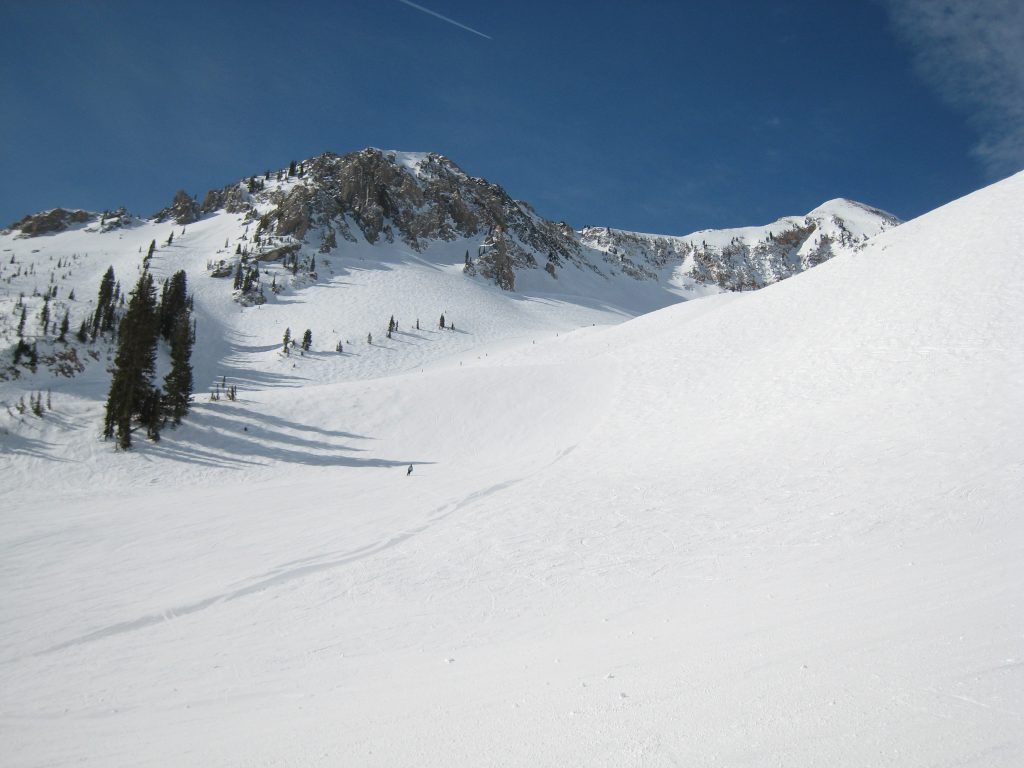 Often overlooked, the Bookends traverse has some east-facing powder terrain that doesn’t get baked by the sun like the rest of the Mineral side does. Most of the lifts at Snowbird will have the usual blue runs groomed. But also special is the fact that there are usually groomed blacks on every lift, including Mineral. 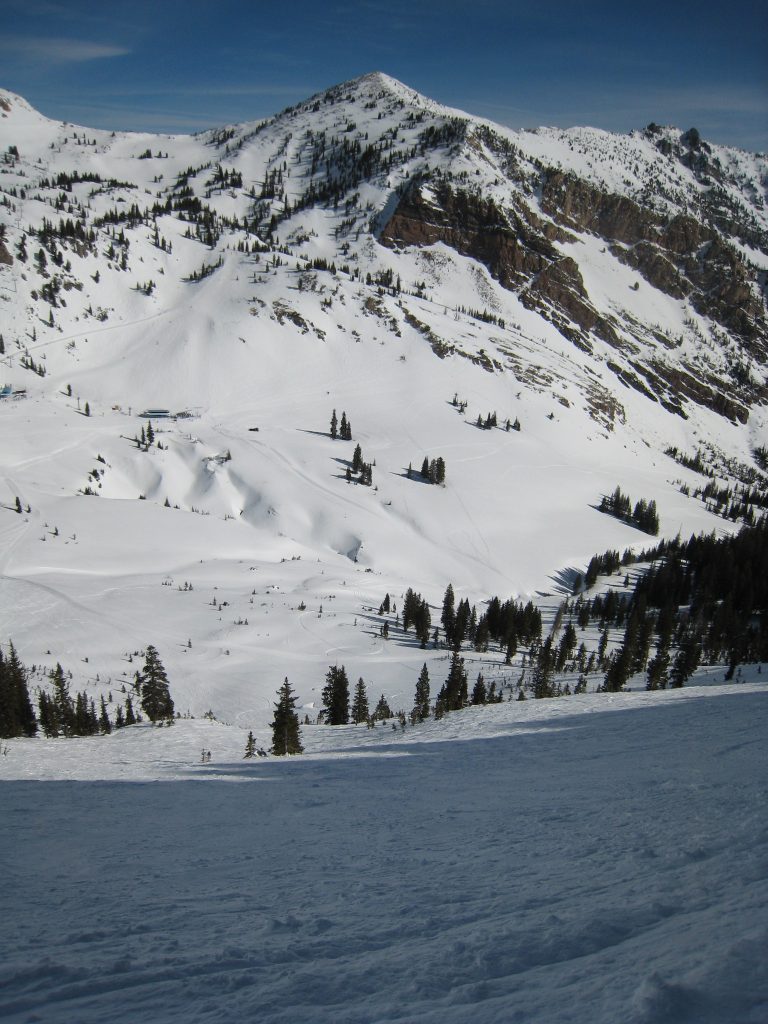 Getting to Mineral is easiest by taking Peruvian to the tunnel. I believe this is the only magic carpet at any ski resort in the world that goes through a tunnel. It’s a fun and unique experience. 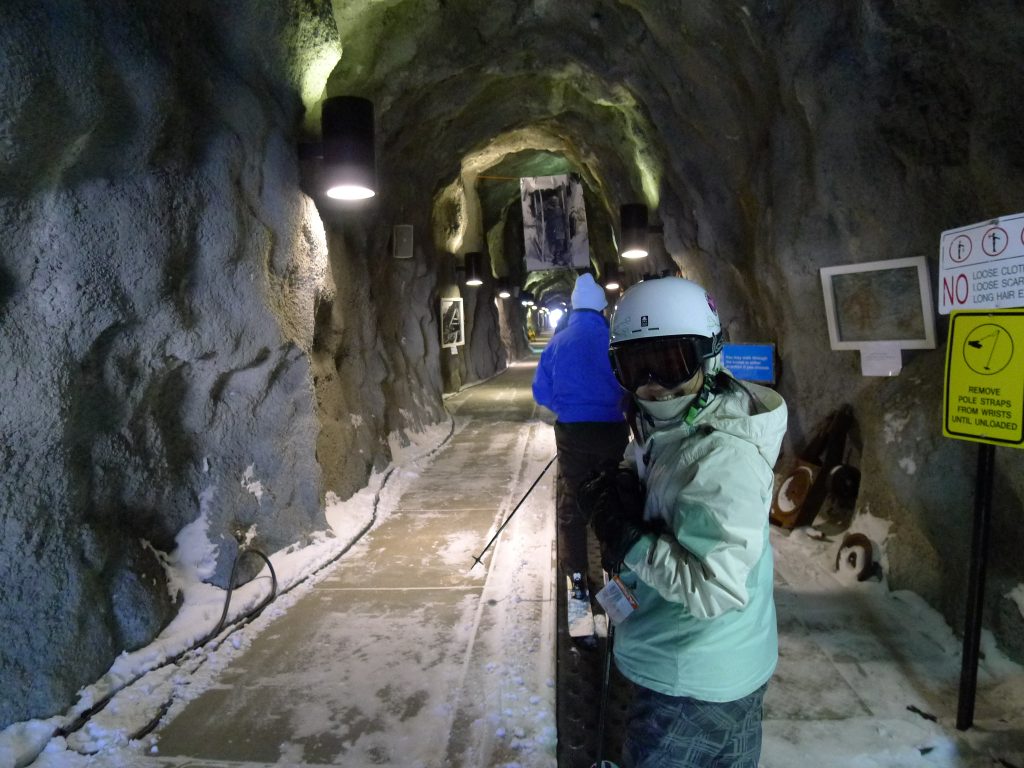 We really like the Peruvian lift, Little Cloud, and Gad 2. Peruvian specializes in long top-to-bottom groomers whereas the other 2 are great for finding smaller steep zones to play in. Many of the runs off the top 3rd of the mountain are very steep but not all that difficult because the un-groomed north-facing snow is chalky and doesn’t bump up quickly.

There were good food service options at mid-mountain and also at the base, but I can’t remember anything special about it. It’s definitely cheaper than the Vail prices over at Park City which is a very good thing. 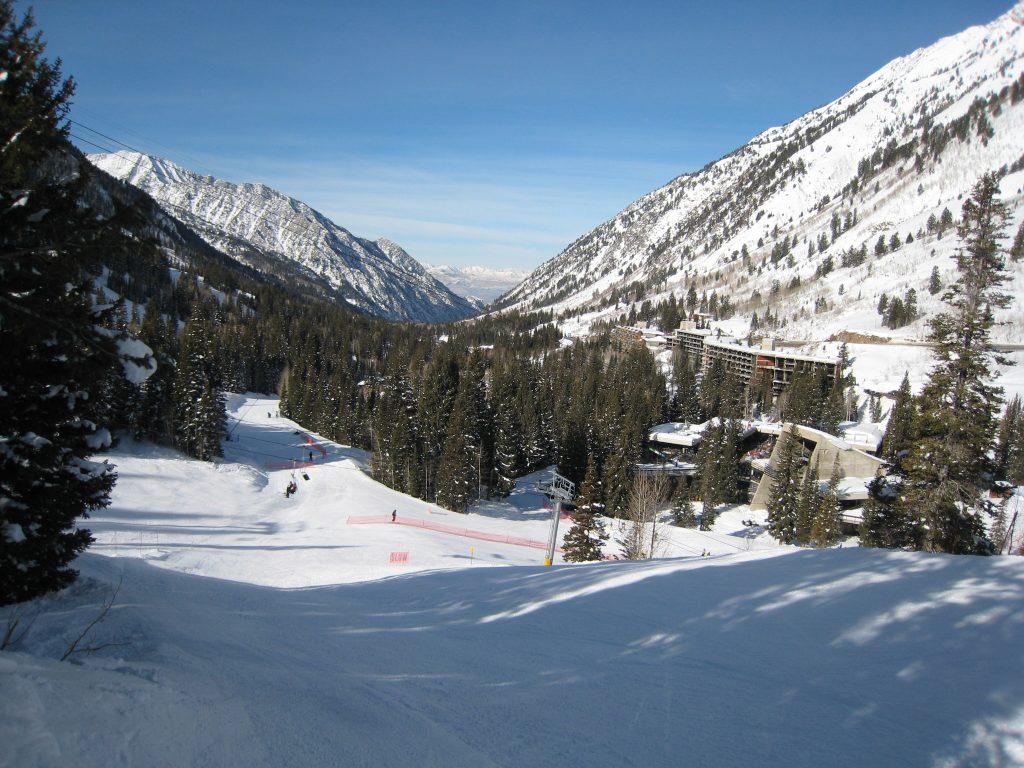 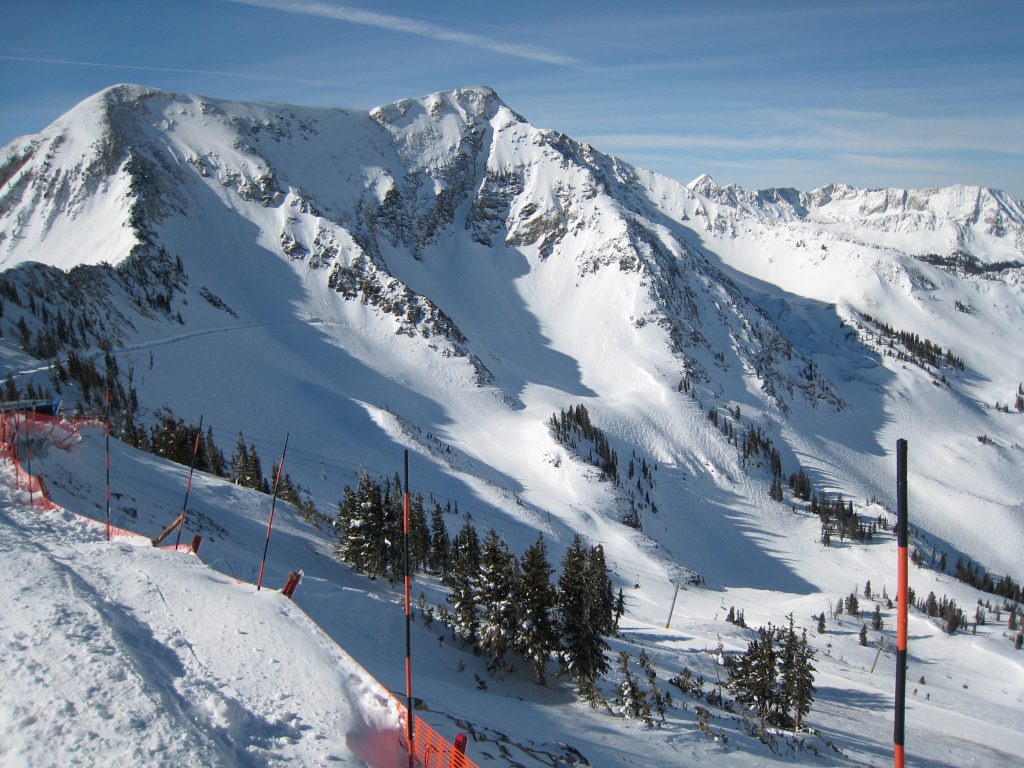 Twin Peaks and the Gad Valley at Snowbird, February 2013 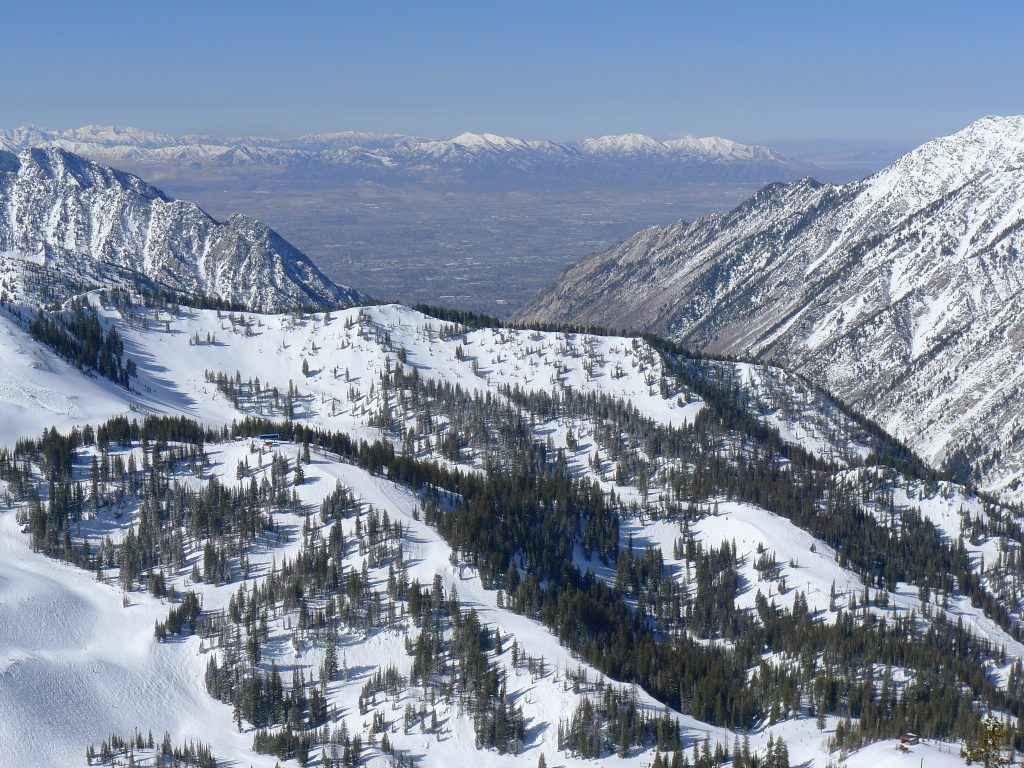 Can’t wait to go back