Dodge Ridge is a mellow, fun day trip from the Bay Area.  It is actually the closest ski resort to the Bay Area, less than 150 miles drive from much of it. This review is based on 3 visits:  One powder day long ago and two recent mid-season with a deep base but firm conditions. 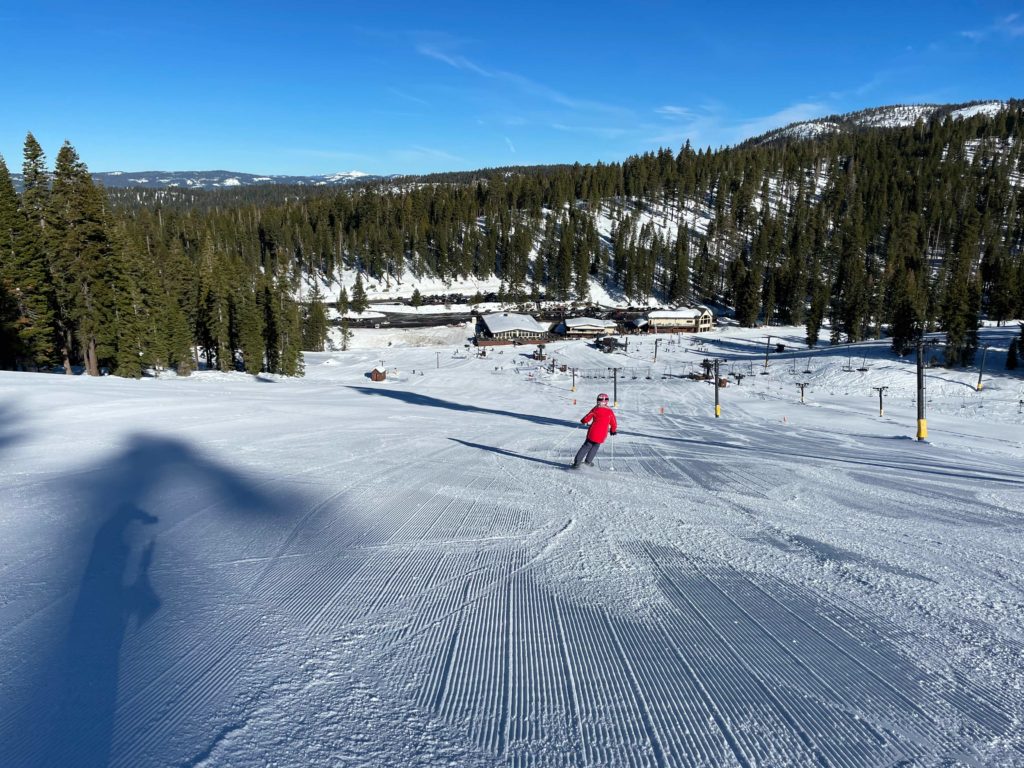 Skiing down to the base area on Gentle Ben at Dodge Ridge, January 2022

Prior to our visit in January 2022, the last time we skied Dodge Ridge was in 2003. It was a powder day, and conditions were great. Unfortunately that is somewhat rare. For example, 2014/15 was a poor snow season and the resort only opened for a couple of weeks in March.

When open, the terrain is actually pretty great with some nice cruisers and decent advanced terrain. Most of the action is on the 2 lifts, #7 and #8,  that go to the summit, which provide long consistent runs, and then the triple chair, #3, from the base. There is a confusing jumble of old double chairs on the bottom right of the resort that seem to be a holdover from decades of slow expansion, which don’t make much sense now. There are no high-speed detachable lifts and only a tiny amount of snowmaking at the base.  Chairs #4 and #2 rarely operate.

Trail ratings are a bit generous at Dodge Ridge. Some of the groomed advanced runs feel more like intermediate runs, so don’t be afraid to test your ability level and enjoy! 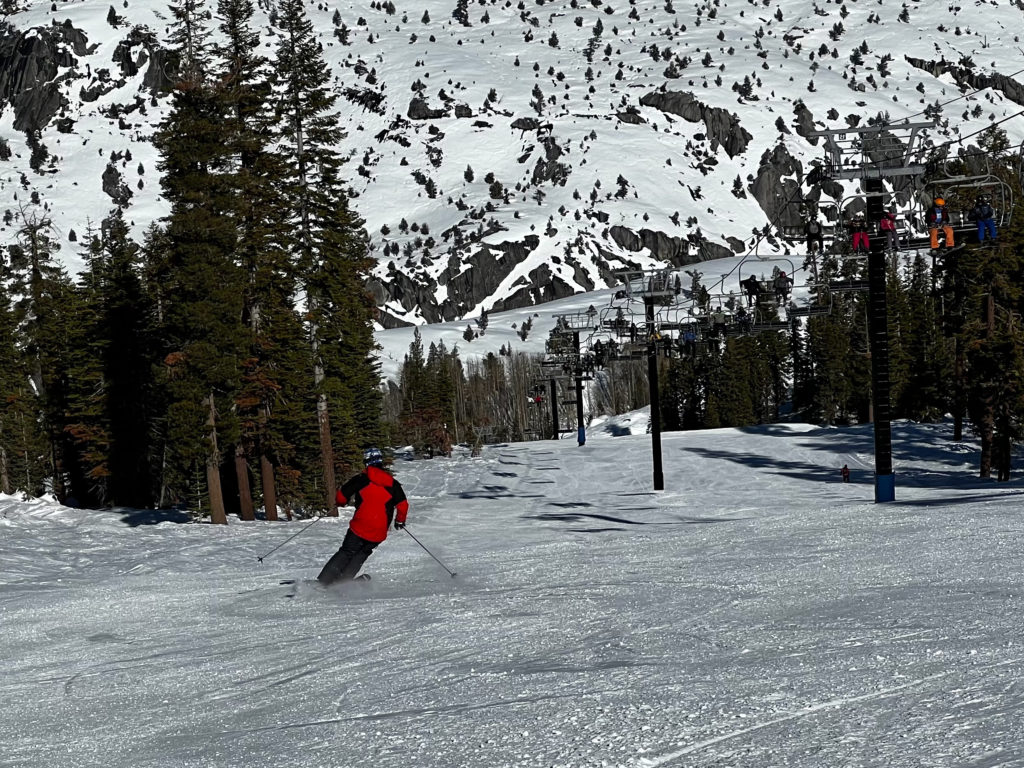 I have to commend Dodge Ridge for helping out Sierra at Tahoe after the fire caused Sierra to not be able to open in 2021/22.  Sierra season pass holders were allowed to ski for free midweek that season.  We took advantage and returned to update our review and opinions.

We liked it so much we returned in December 2022 with another quick day trip.  That day was ideal with 58 (!) of 67 trails groomed and everything open with great snow.  We were even able to ski the Granite Bowl for the first time with consolidated powder conditions.  Lines were nonexistent even on the Sunday before Christmas. 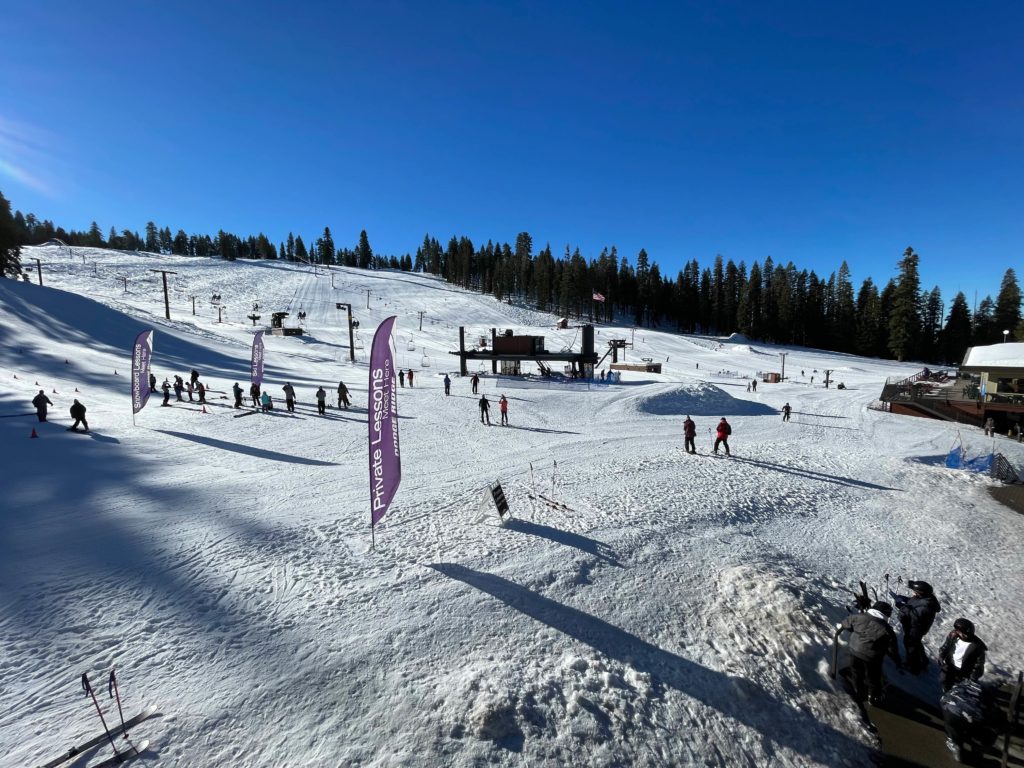 View from the lodge at Dodge Ridge, January 2022

Most people who are proficient skiers are going to load on Chair #3 to start the day.  There is some steep terrain there but it’s easily bypassed for low intermediates.  When we were there in 2021 they had groomed the main runs so we lapped all of those.  It’s only about 800′ vertical, but it’s good stuff.  You can head directly over to Chair #7 from there to get to the top. 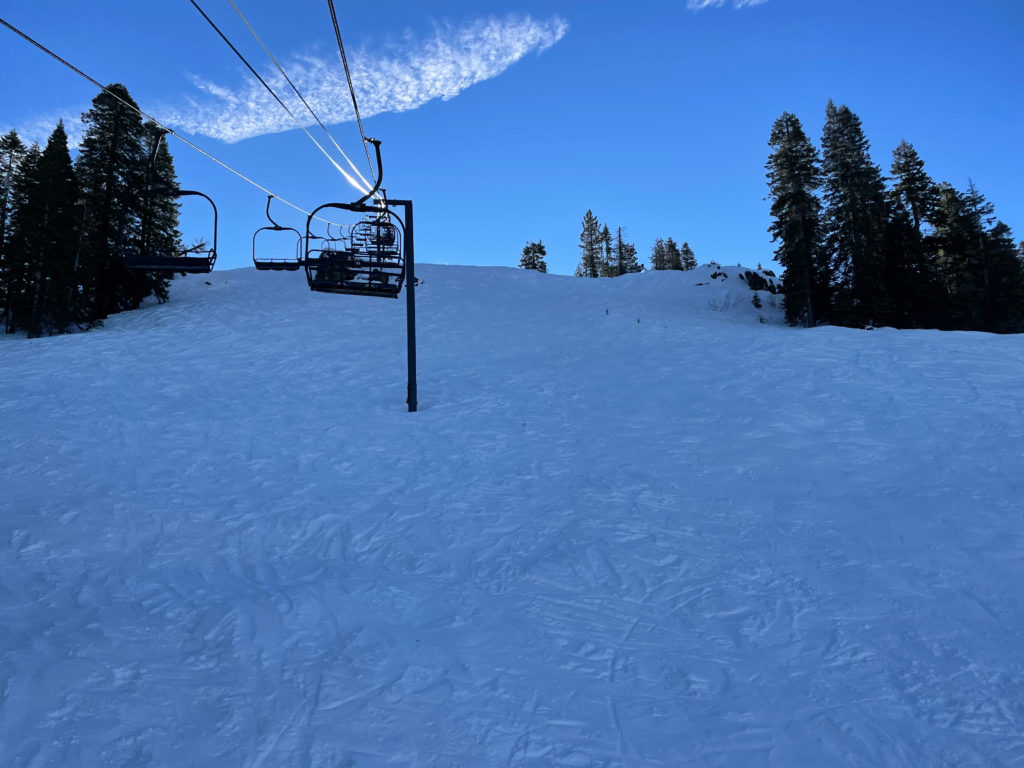 This is an interesting chair with some longer runs on it.  Our favorite is Flume which runs down a narrow gully.  Quicksilver to Lower Stagecoach is very popular and is one of the longest consistent pitch runs on the mountain, but you will need to take 2 lifts to lap that one. 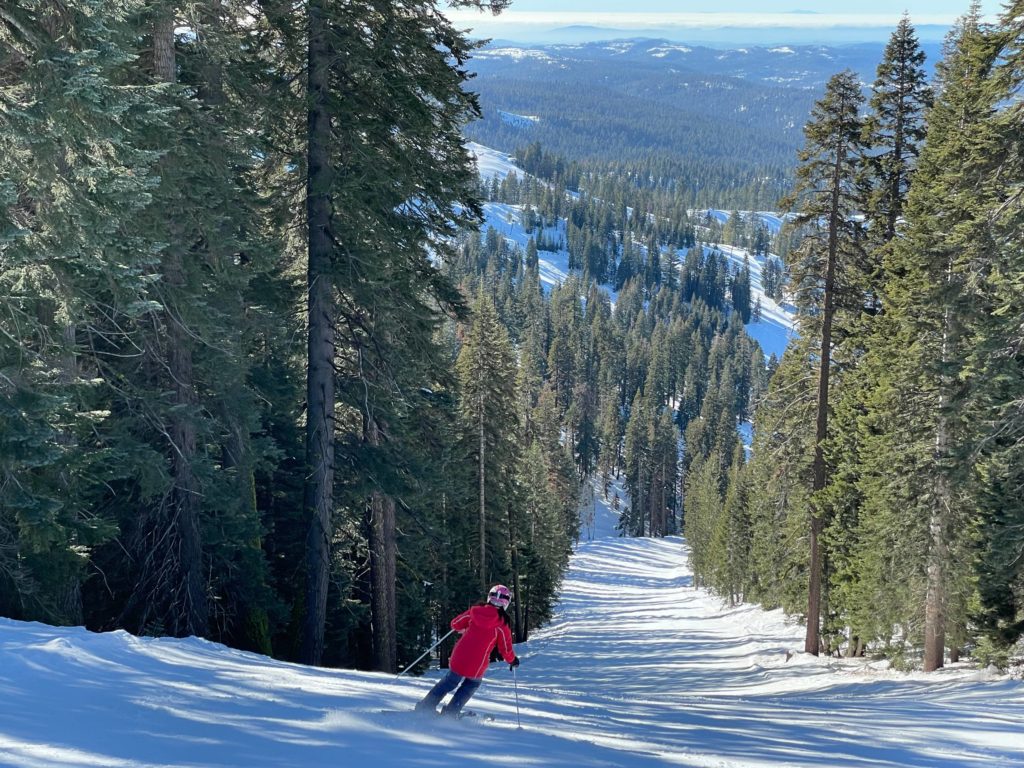 This lift has the best terrain with the largest vertical drop of 1,100 feet.  They usually groom 4 runs in this area. If the snow is good, the north-facing steep terrain like double-black rated Six Shooter is a fun challenge.

All of the steep sections of the mountain are short though, so even if you dabble in steeps it’s not going to tire you out much. 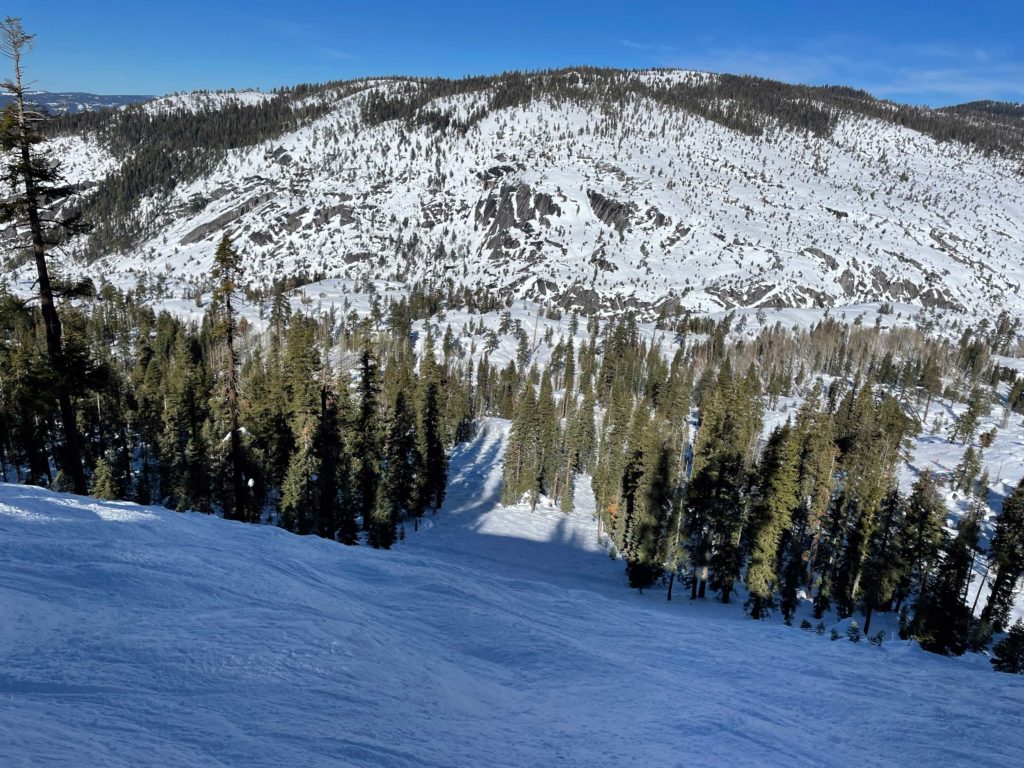 The buildings are old but well cared for for a resort of this size.  When we were there in January 2022, COVID impacts and reduced staff meant very limited cafeteria food options at the Creekside Cafe which were well below average.  The other 2 restaurants were closed.  In December 2022 everything was open and we sampled the pretty decent food in the Bistro.  I’m not going to say it was great food but it’s a good value and tasty. 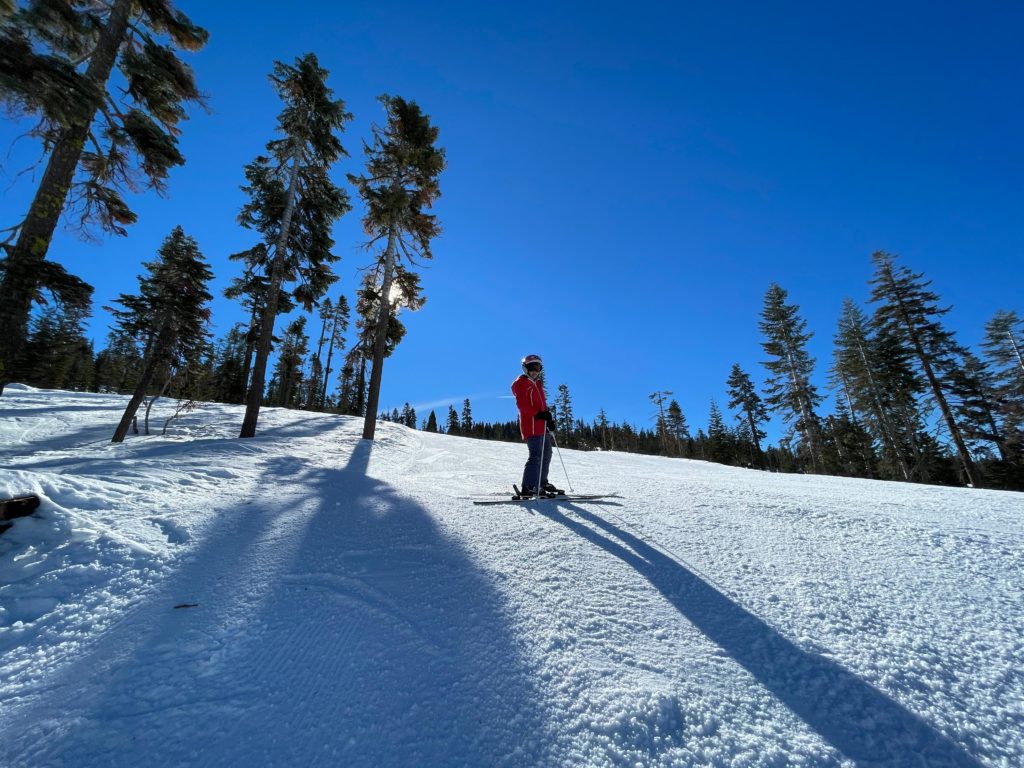 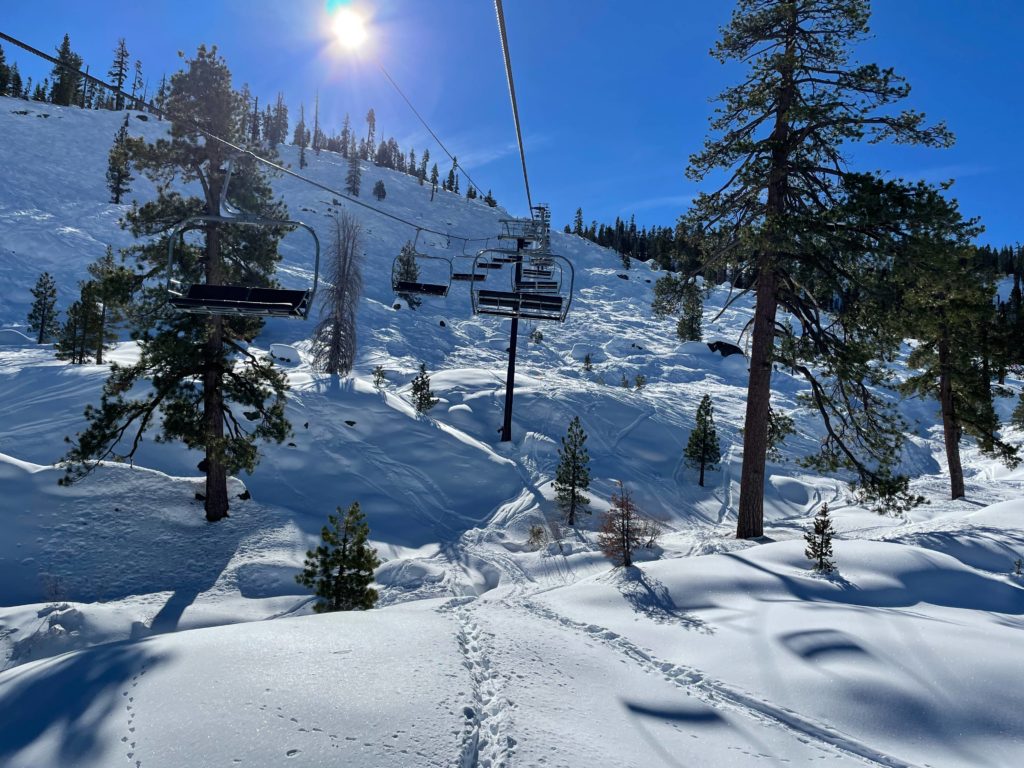 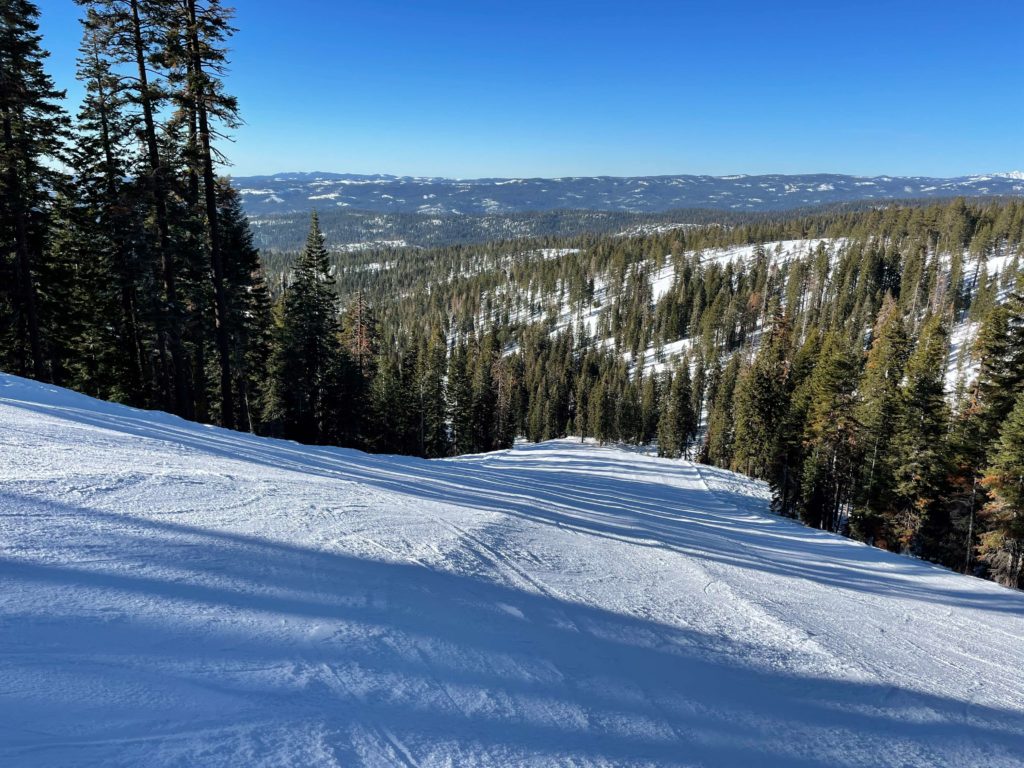 We think Dodge Ridge belongs on our list of best 100 resorts. It’s a fun resort for a day trip.  It is a great resource for locals from the central valley south of Sacramento who don’t want to fight Bay Area traffic going to Tahoe.  But the low elevation and lack of snow and snow making is an obvious killer and results in the 2-star rating. 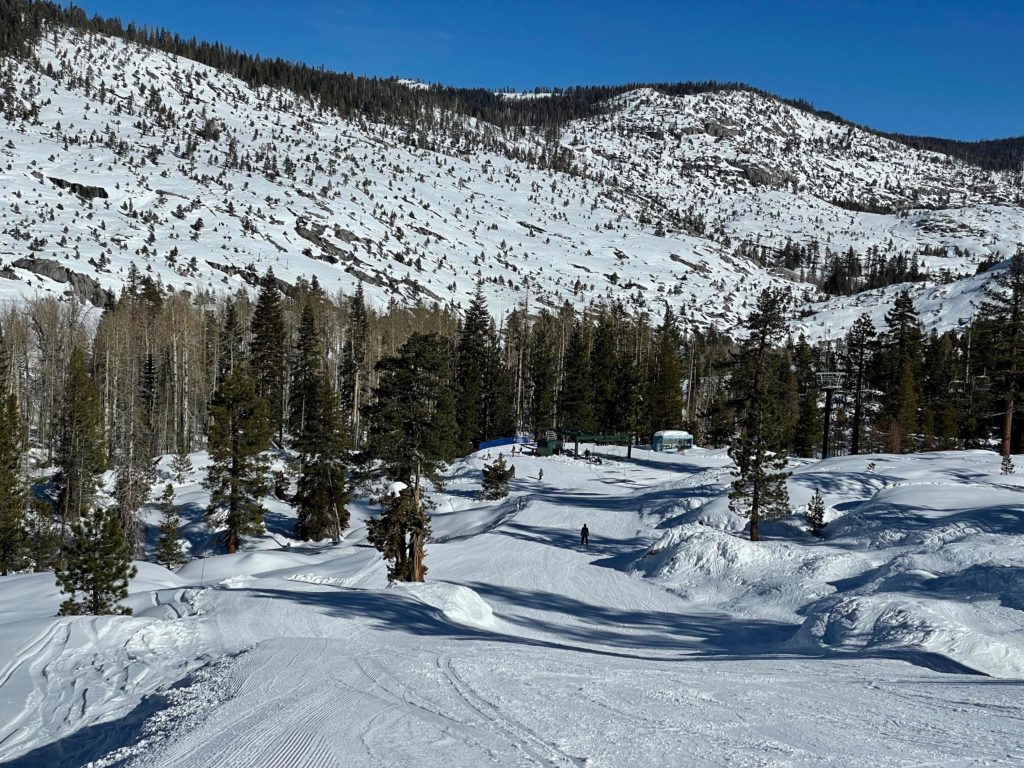