Loveland is located right on the summit of Loveland pass where the I-70 tunnel enters the mountain.  It’s popular with budget-conscious skiers from Denver, but most destination skiers visiting Summit county drive right past through the tunnel.  It’s known for consistently being one of the first 2 resorts that open in North America every year — usually in October. 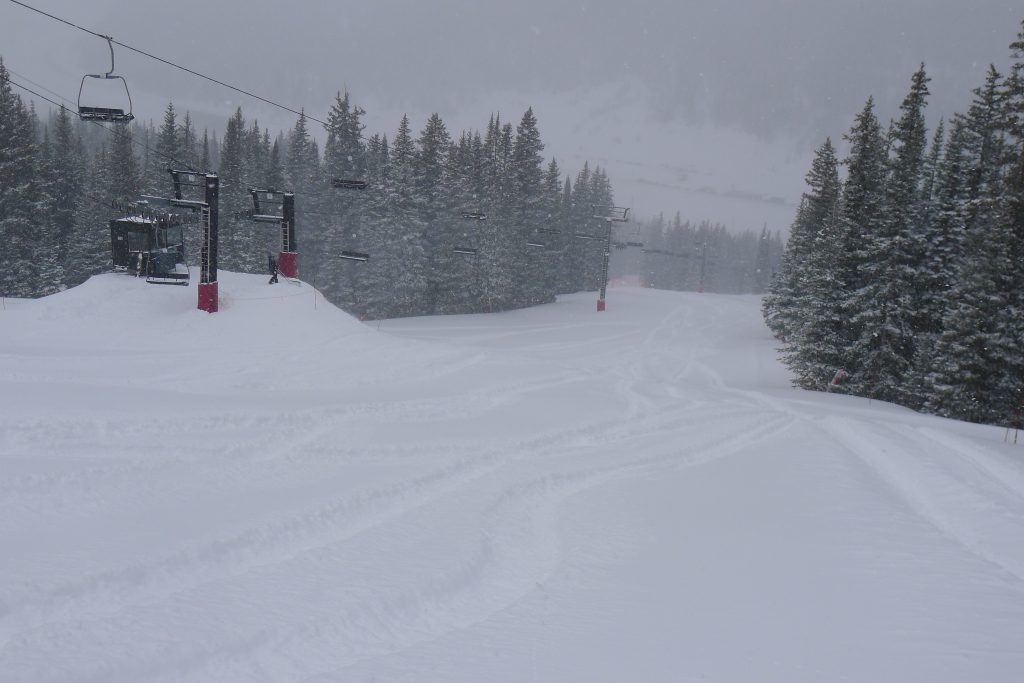 I’ve skied Loveland three times.  The first time was in early November in about 1986 with 2 runs open on 100% snowmaking when I was going to college at Western State College in Gunnison.  The second was in December 2014 during what turned out to be one of the biggest storms of that ski season.  About 40″ of snow fell in 2 days, and the weather was so bad we couldn’t make it into the main parking lot with our rental car.  We did the only thing we could which was to go downhill to the Loveland Valley part of the resort.  The pass closed right after we made it through the tunnel, and white-outs were frequent. 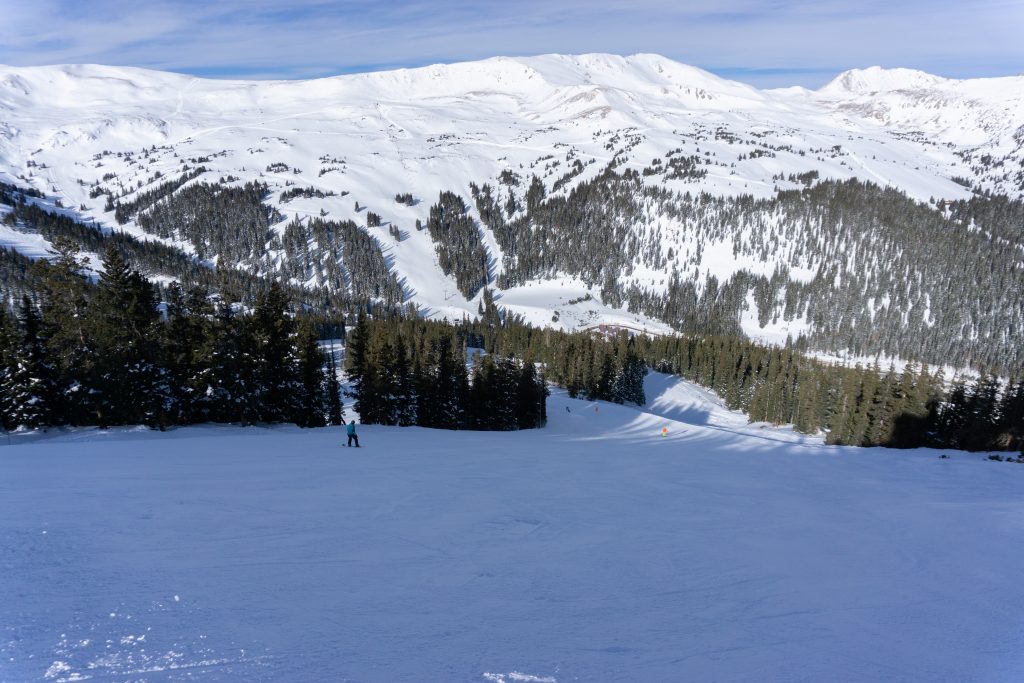 Views from top of Chet’s Dream lift at Loveland, December 2019

The third time was in December 2019 when the weather was great and enough snow had fallen to open most of the Loveland Basin lifts and about half the terrain there.  This was the visit that gave us enough experience with the resort to do a decent review.  Even though we still haven’t skied 3 of the important lifts there (chair 4, 8, and 9), I think we’ve given it a pretty decent try! 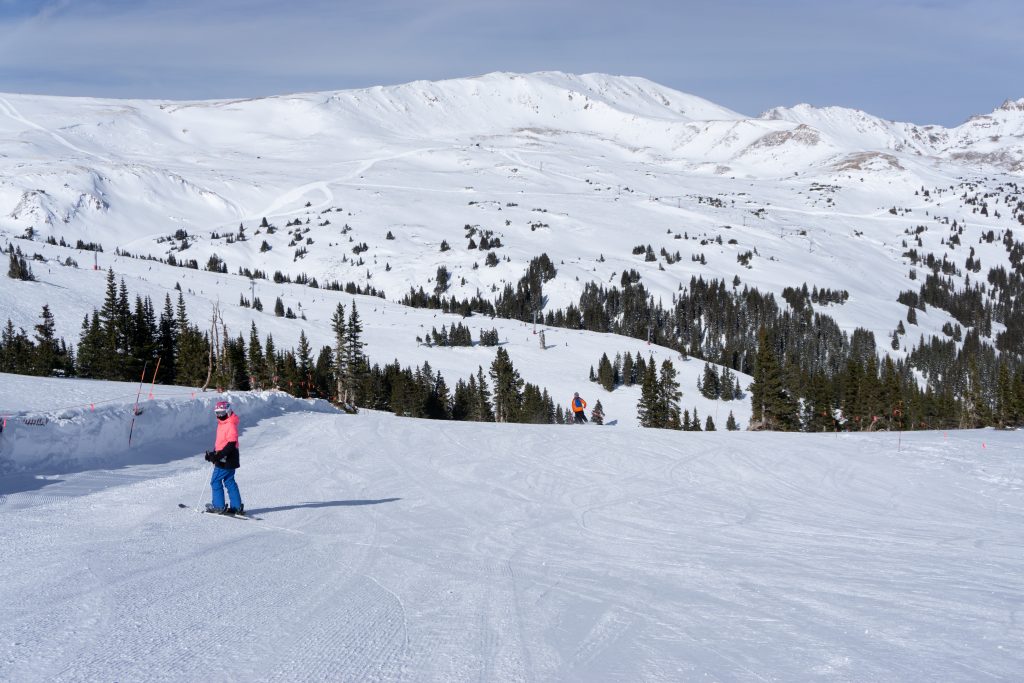 People that know the place and ski there seem to love it for the lack of crowds, great snow, and lots of variety including a good quantity of blue groomers.  Yes, the lifts are old and the lodges need replacing, but this is a skiers-only mountain with bad weather, pretty intimidating steeps, and no village or lodging close by. 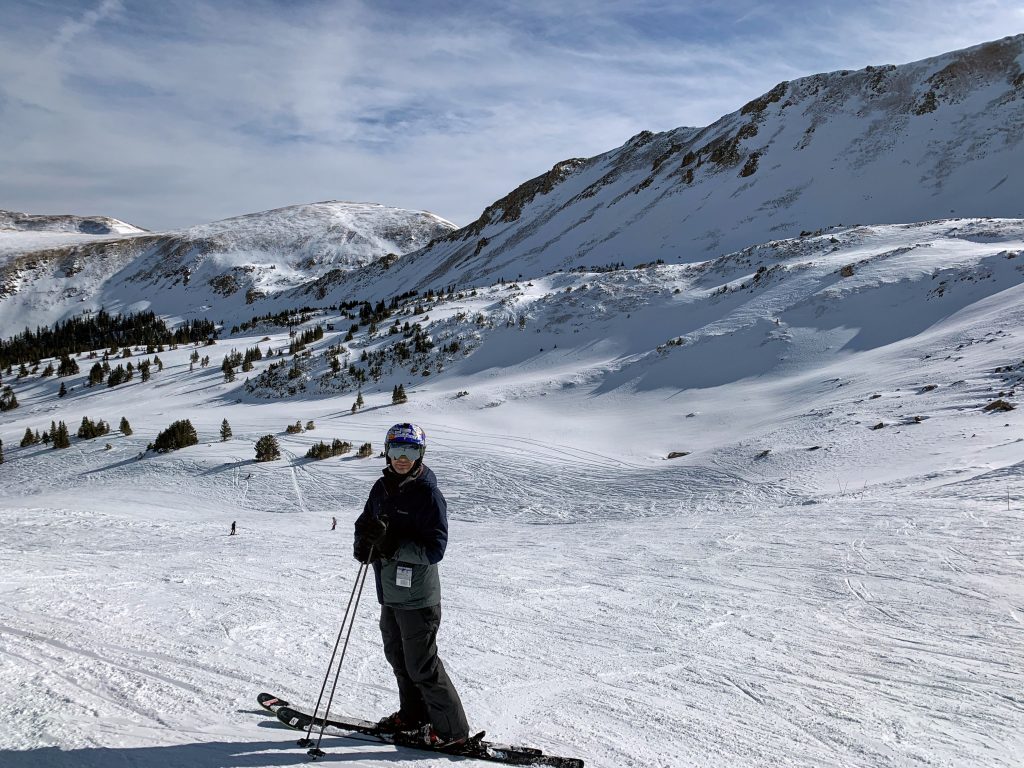 Above treeline at Loveland, December 2019

The first time we skied Loveland together, the snow was so deep that it was difficult to even get speed up to make turns on the easy blues available in the Valley.  We were 2 of about 20 people trying to make some turns on lift #3 which was the main lift that was open that day.  Still, it was the deepest powder day of the 2014/15 season for us, which counts for something! 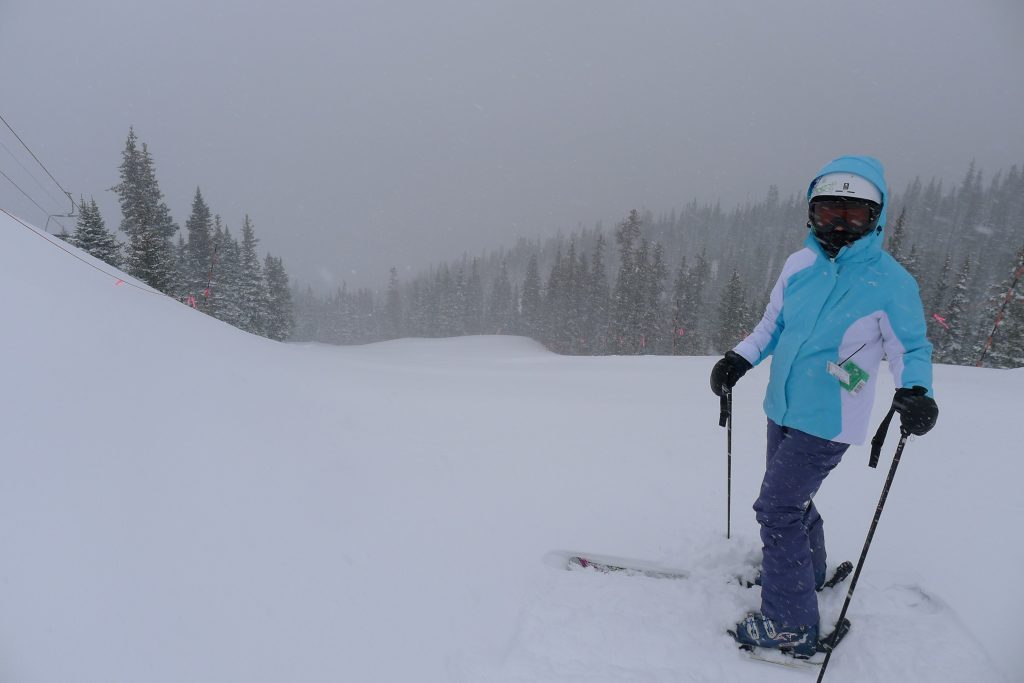 Luckily, the second trip featured blue sky, very little wind, and good snow but not so much that everything was closed.  We parked in the Basin parking lot and headed straight for the new high-speed quad “Chet’s Dream”.  This is a short, fast chair that serves some really steep terrain on the east side which gets gradually less steep toward the west where some steep intermediate groomers are. 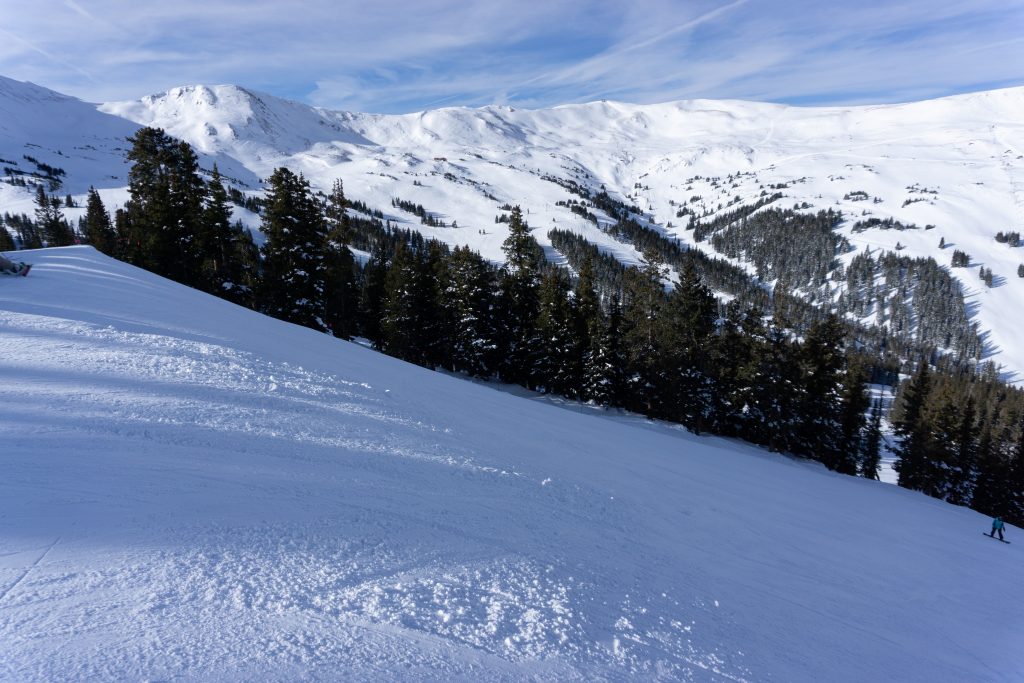 Chair 6 and the Ptarmigan chair are similar low-angle chairs that go right up to and slightly above treeline.  This part of the basin is amazingly flat for such high altitude.  There are some fun short steeper pitched runs off of Ptarmigan in the South Chutes.  We skied a couple of those and just about every other marked run on those 2 chairs. 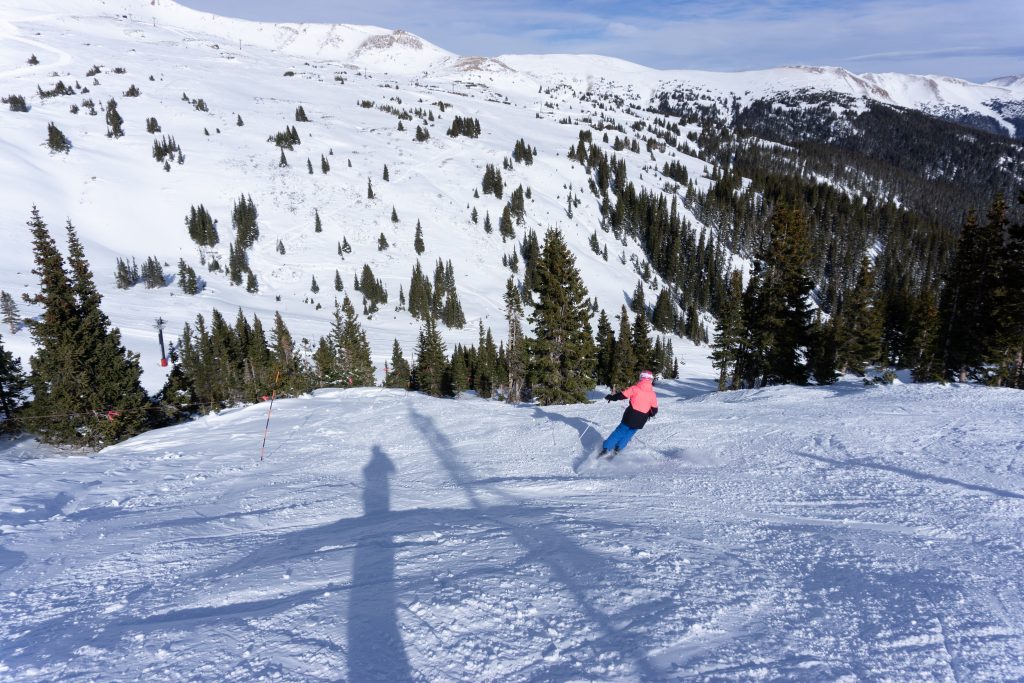 The thing lacking at Loveland is vertical drop.  There is only one chair that has just over 1,000 vertical, so most of the runs are going to be pretty short.  It’s fun skiing though, and we wouldn’t hesitate to ski there regularly if we lived in Summit County.  And if you are from Denver, this will be the closest decent resort to the city on I-70. 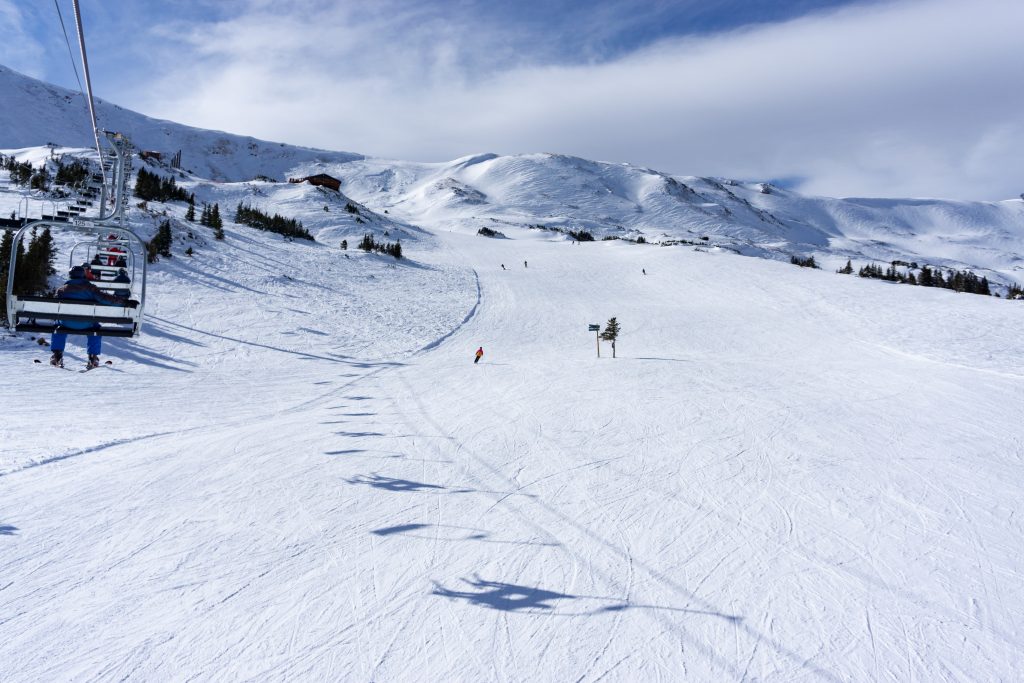 We were 1 day too early to ski Chair 4, and chairs 8 and 9 were weeks away and multiple storms away from opening, so our review still isn’t complete.  The word from the locals is that it’s best to ski there in April when everything is open, the weather is more reliable, and the free snowcat skiing off of Golden Bear peak is open.  Maybe we will make it back a 3rd time to fill in the gaps! 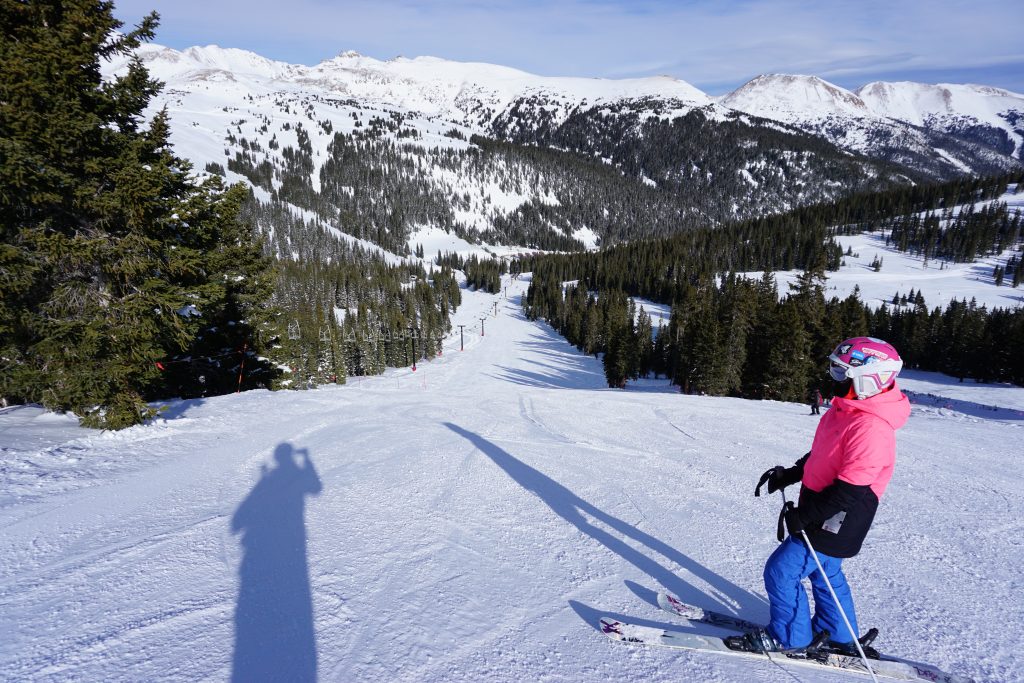 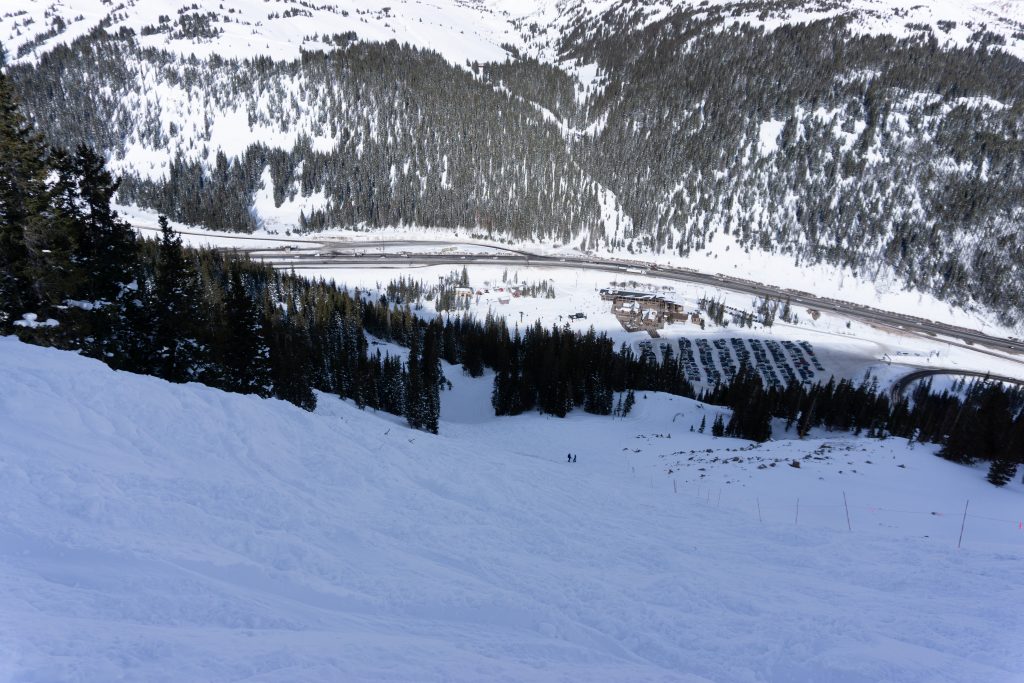 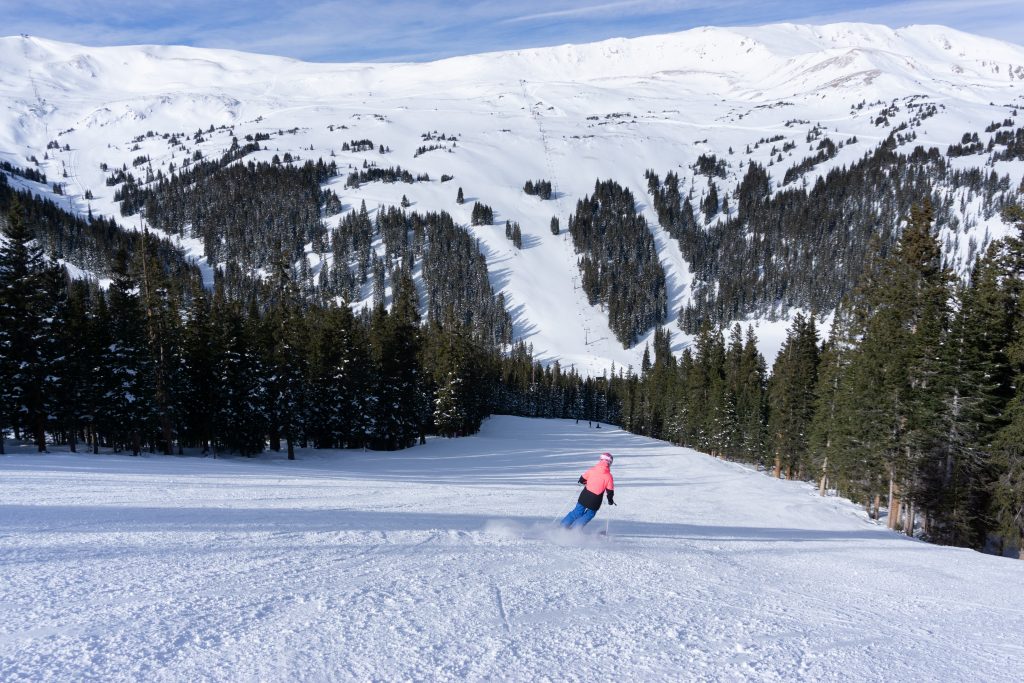 Groomer off of Chip’s Dream lift at Loveland, December 2019

Loveland is a unique, fun resort that in some ways is more appealing than some of the bigger nearby resorts like Keystone and Breckenridge.  The combination of above treeline skiing and bowls, great steeps, good snow, and classic high mountain Colorado views is attractive and we would like to try it in March or April when everything is open. 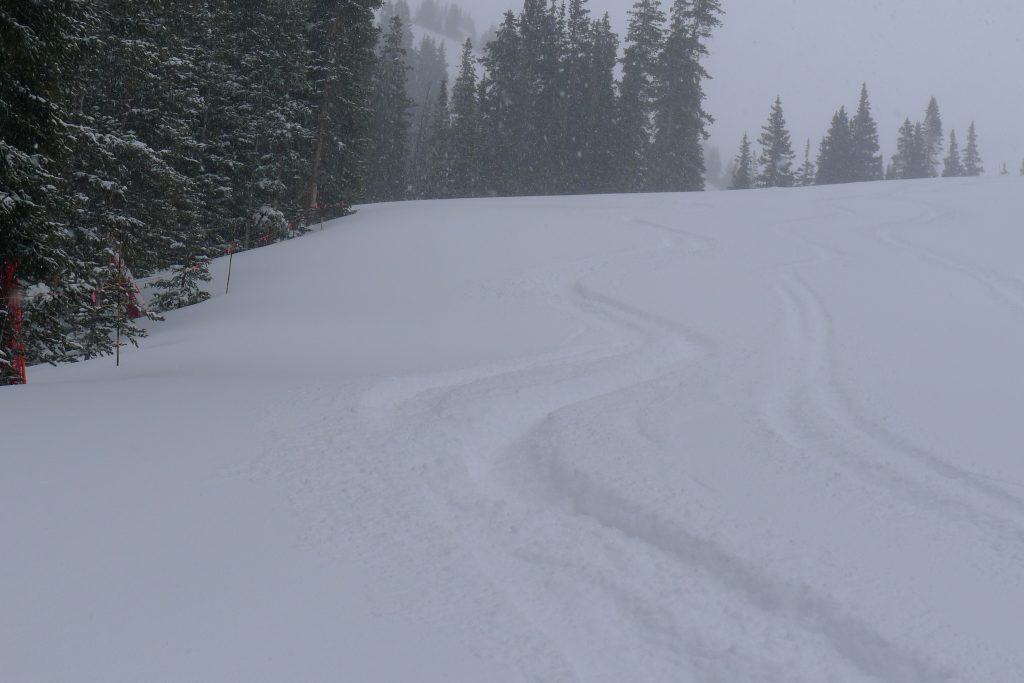 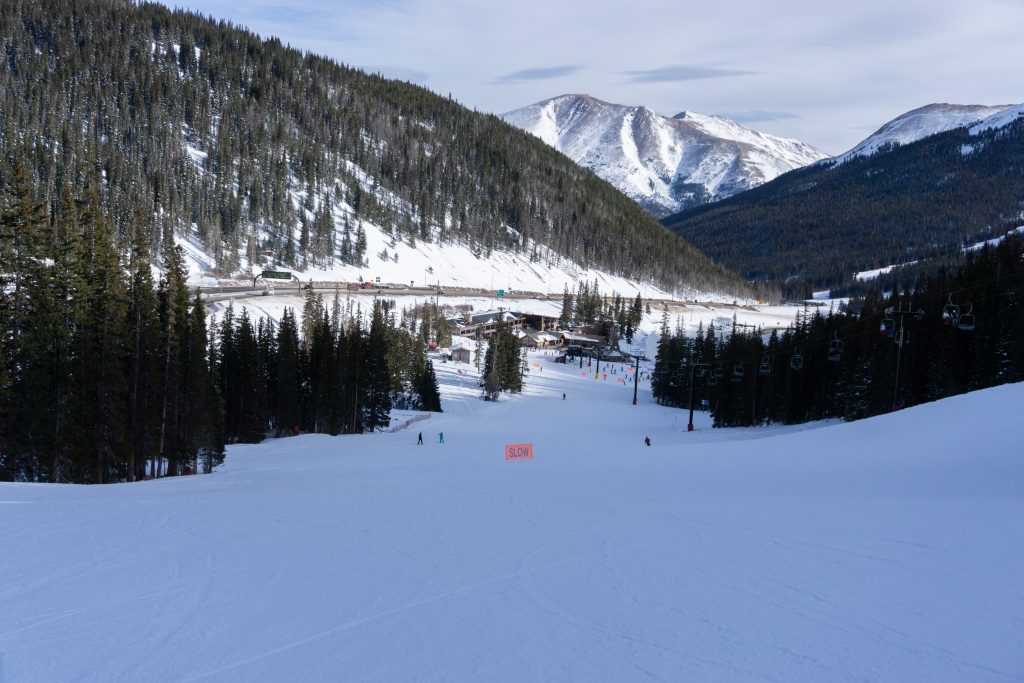