We used to own a home in Angel Fire back in 2003-2004, which we never ended up using much in the winter, so we only have a few days skiing there for this review.  The runs are generally pretty easy, so it was a good place for the family, but it was just too difficult getting there for us to get much use out of it.

It’s been 20 years since we skied and reviewed this resort, but the lifts and trails are still the same in 2022 as they were in 2002 so it should still be the same skiing experience. 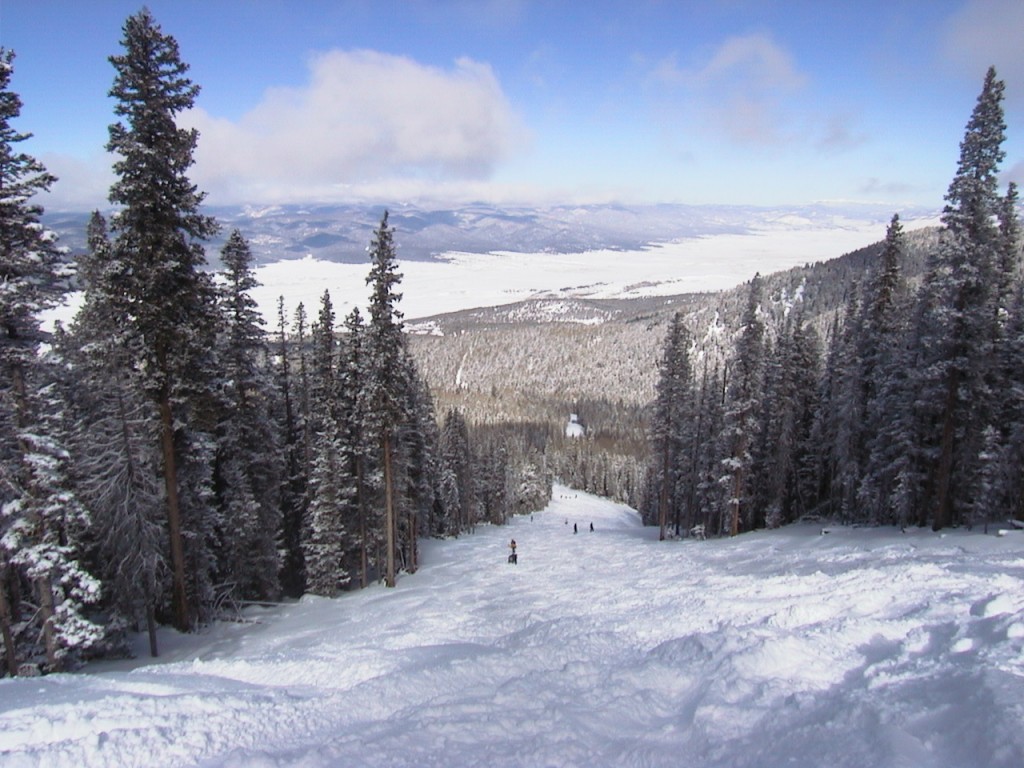 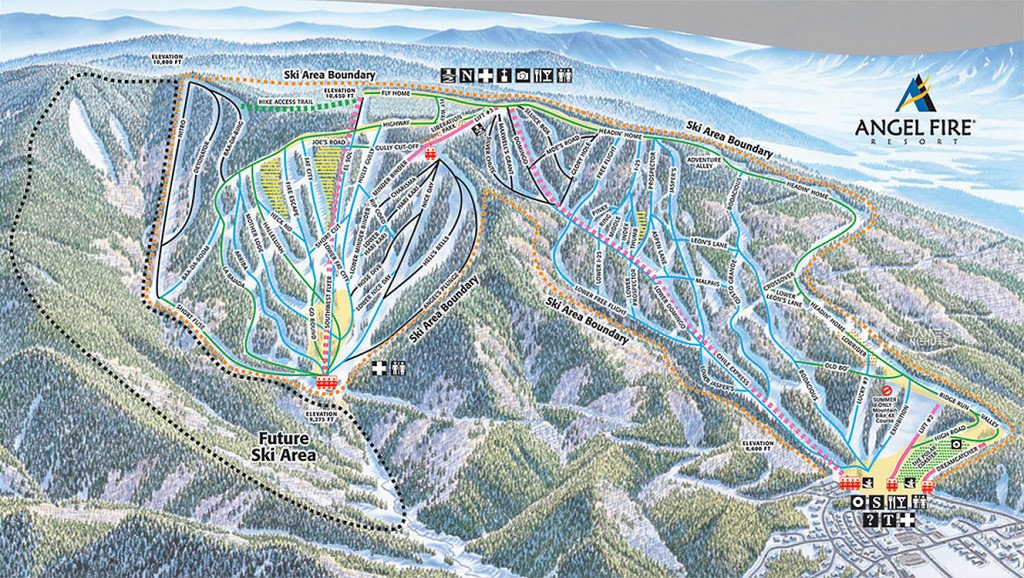 Angel Fire is located in northeast New Mexico in the Moreno valley, about 23 miles east of the town of Taos.  The resort is very popular with skiers from Texas, Oklahoma, and Kansas because it is the one of the closest resorts to those states. And it is a much easier resort than Taos.  There is a small village at the base with restaurants and a couple of shops.  The ski hill is serviced by 2 main lifts, with a very long high-speed quad on the front side and a shorter one on the back side.  The runs on the back are shorter and a little steeper.  The pictures here were taken February 14, 2002 and the snow conditions were great with fresh powder.

There are a couple of black runs on the upper part of the mountain — Maxwells Grant and Silver Chute, which are quite steep and fun.  They had abnormally good coverage when we skied them.

This resort is just too easy and limited for us to ever want to go back — especially with the super iffy snow conditions that plague New Mexico.  For us, Taos Ski Valley is a better choice with more snow, vertical, and terrain. 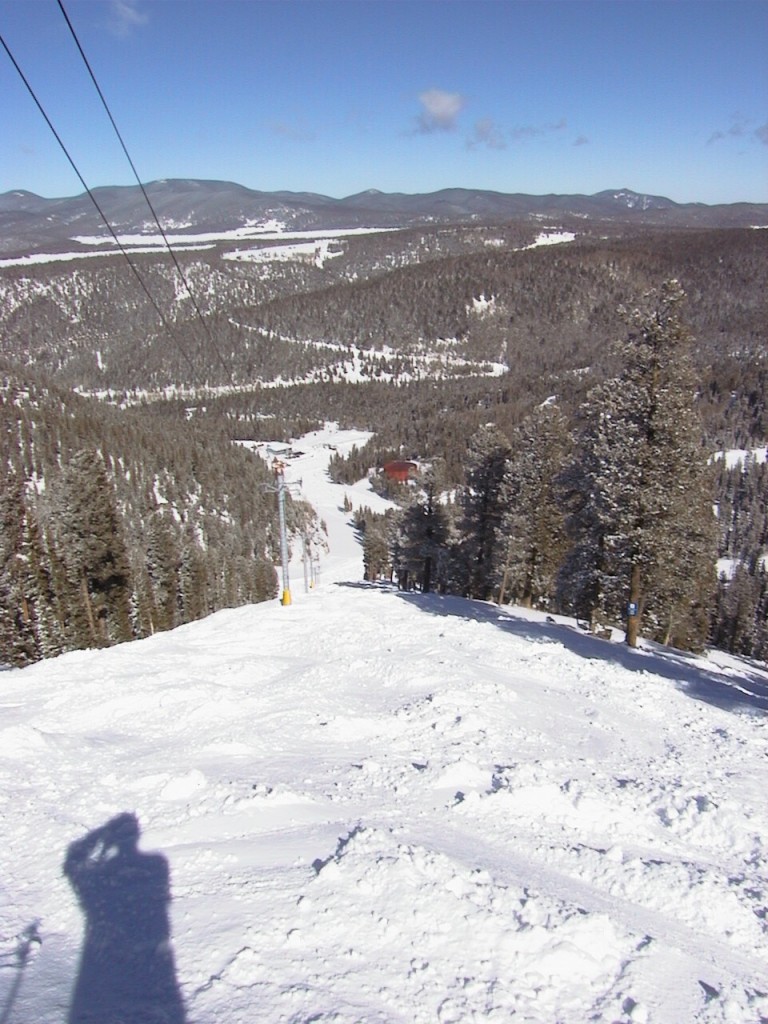