Banff Norquay (formerly Mt. Norquay) is right outside of Banff in Alberta, Canada. It is mostly a locals mountain, but packs a surprising punch with quite steep terrain and only 2% rated green. It would not have made the list due to being under the screening criteria at only 190 acres and 120″ of snowfall, but the fact is that it’s quite good and provides an experience that puts it on the list.  This review is based on one visit during good early season conditions. 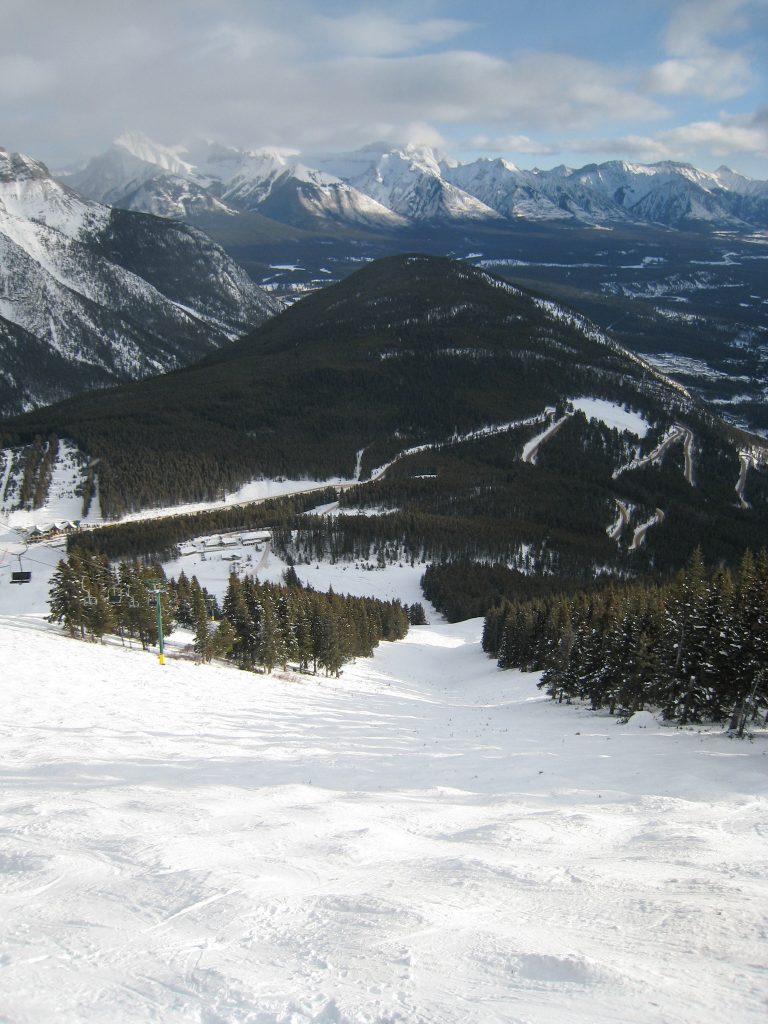 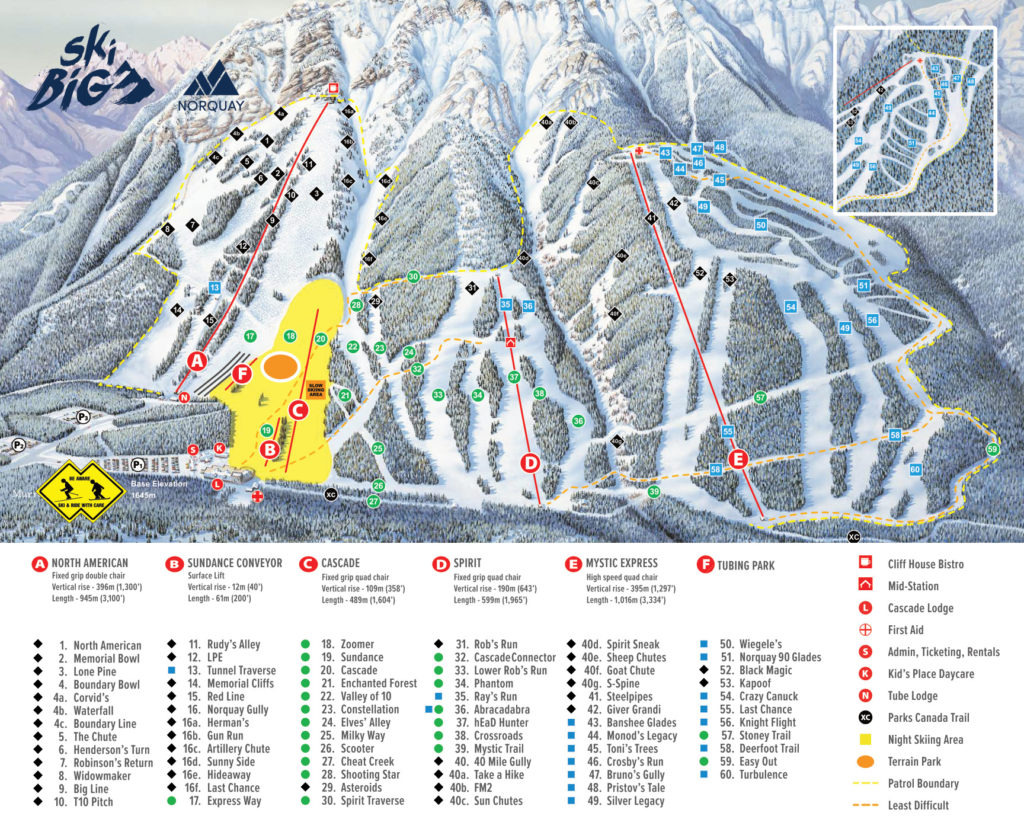 In 2018, a gondola was proposed that would take people directly to the ski area from the town of Banff below.  This was a great idea but the resort is within a national park and the park service rejected the idea in 2020.  There is a new proposal that changes the upper terminal location from the summit to the base area that is now under discussion but this could take years. 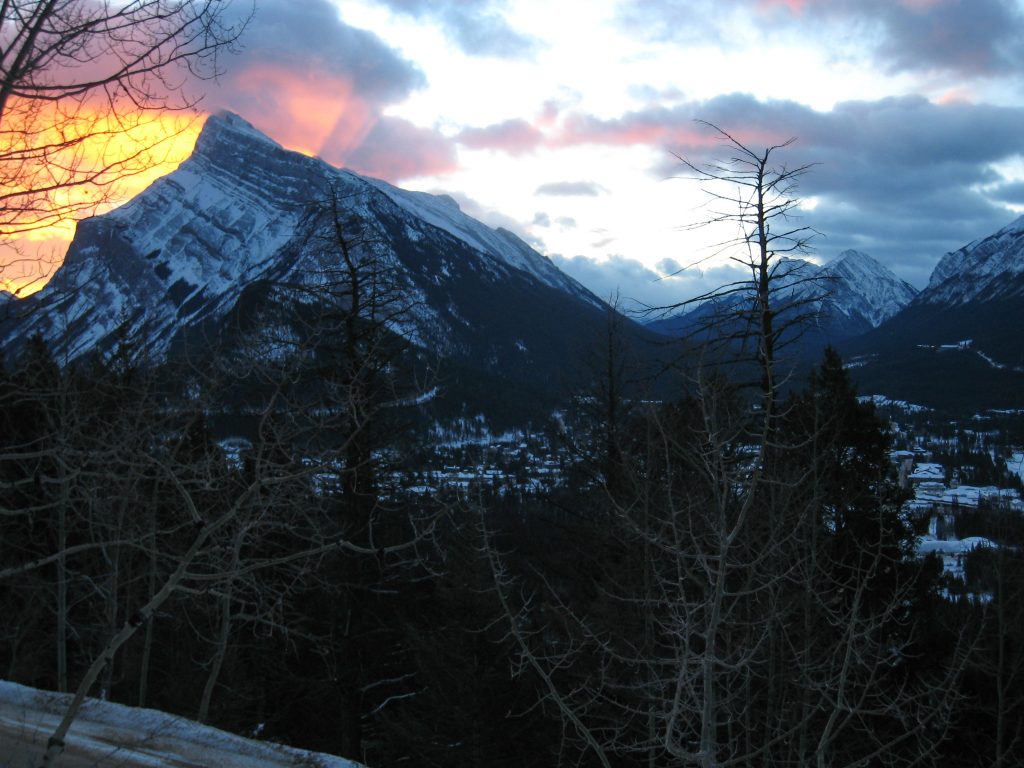 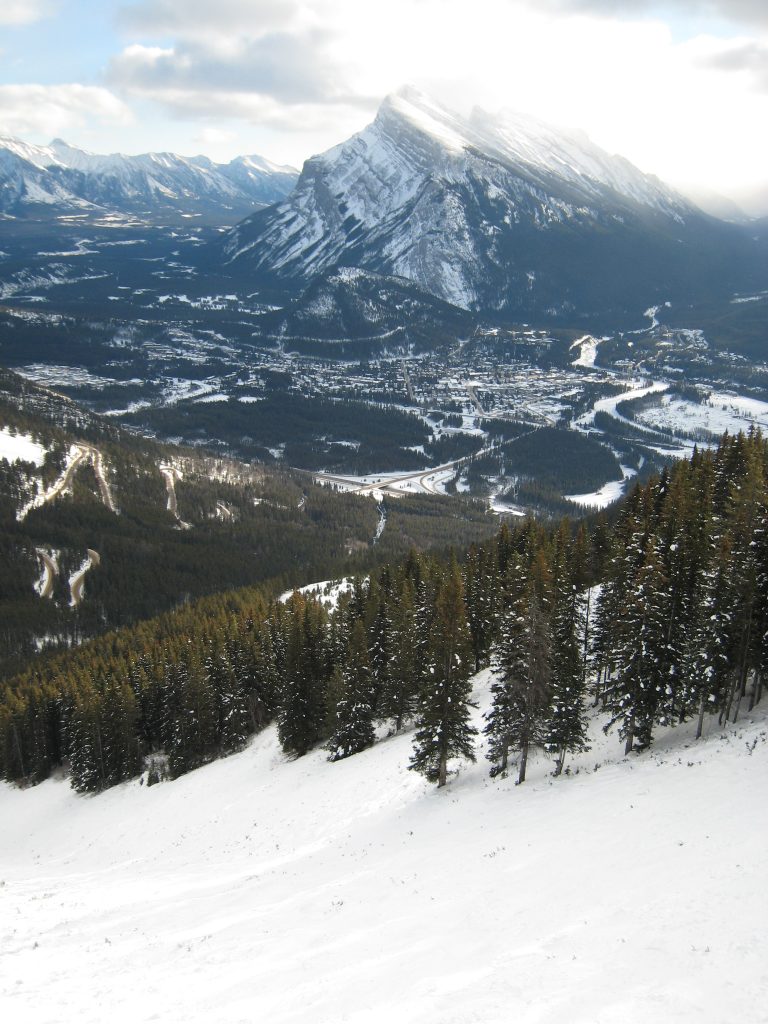 The surprising part of the area is the North American lift, which is an ancient double chair that was more recently converted to a “pulse” lift strangely.  It’s pretty spooky running straight up the mountain and terminating at a precarious unloading station.  This is pretty seriously steep terrain.  Everything is black or double-black, although when we were there the moguls were pretty small so it was pretty easy even though it was very steep.  Snowmaking is spotty or nonexistent on this chair, so there were some rocks, but it wasn’t too bad and it was a refreshing old-school skiing experience.  At the time we skied it, AiRung couldn’t ski that kind of terrain and I think I was the only person skiing that chair for a couple of runs.  Great fun! 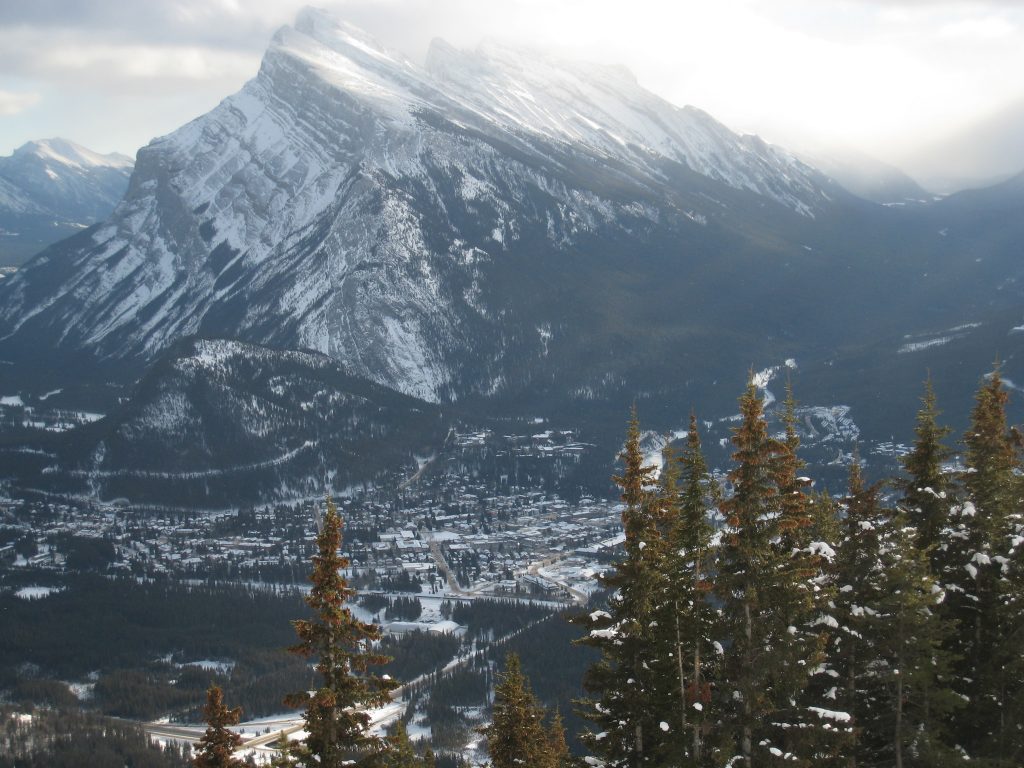 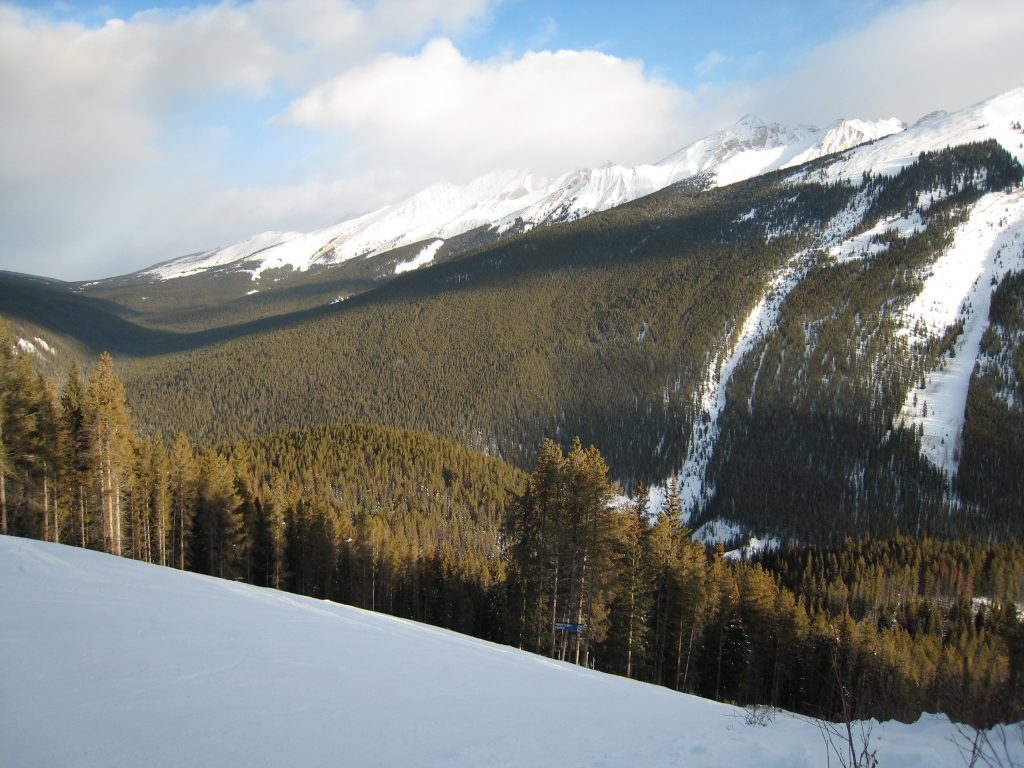 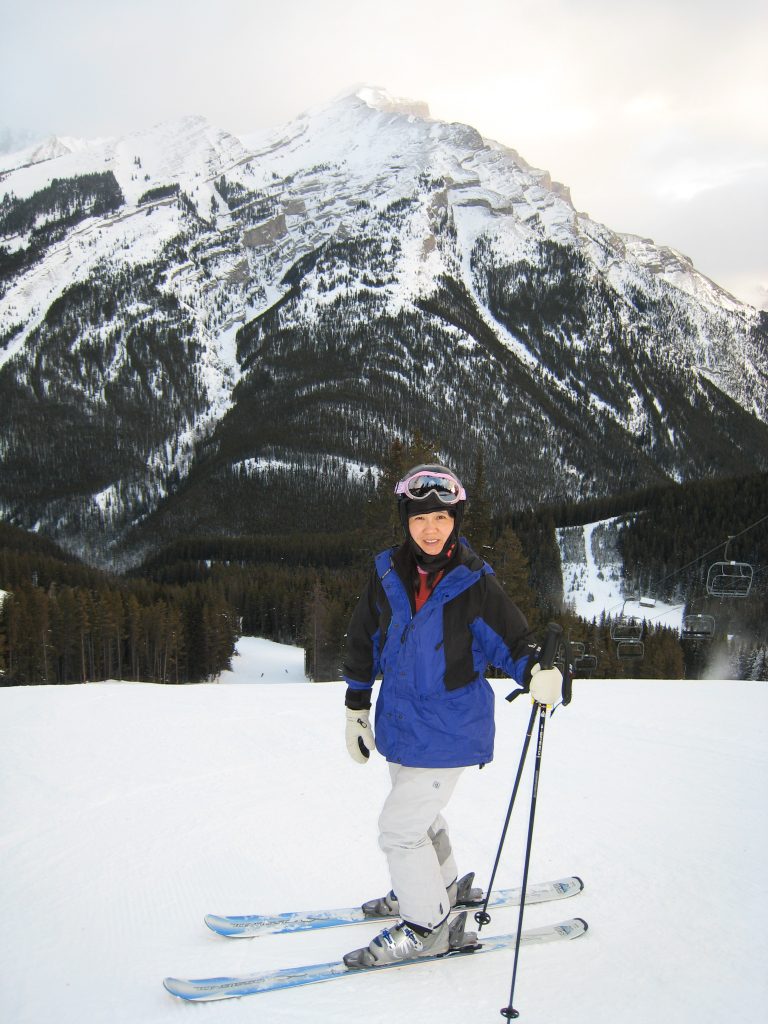