2017/18 is underway with a slow start, but we have a lofty goal of 12 new resorts this season so we will be very busy in the coming months! 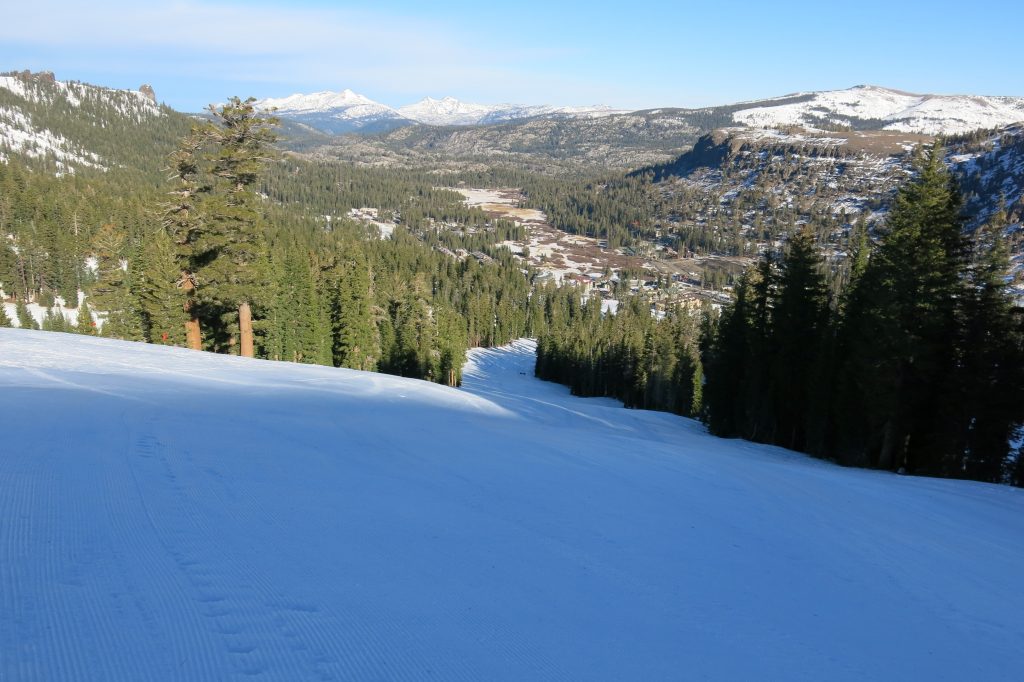 First day of the season before Thanksgiving at Kirkwood

Our home resorts in Tahoe had slightly above average snowfall in November which allowed Kirkwood to be almost 100% open by Thanksgiving weekend, but the snow machine abruptly shut off in December with only 6″ falling in the whole month.  There was enough snow for some good days before Christmas, but we could really use some more.  Both Northstar and Heavenly are operating on very limited terrain on basically 100% snowmaking at this point.  Heavenly is reporting 200 acres out of the 4800 that they had open by mid January last year. 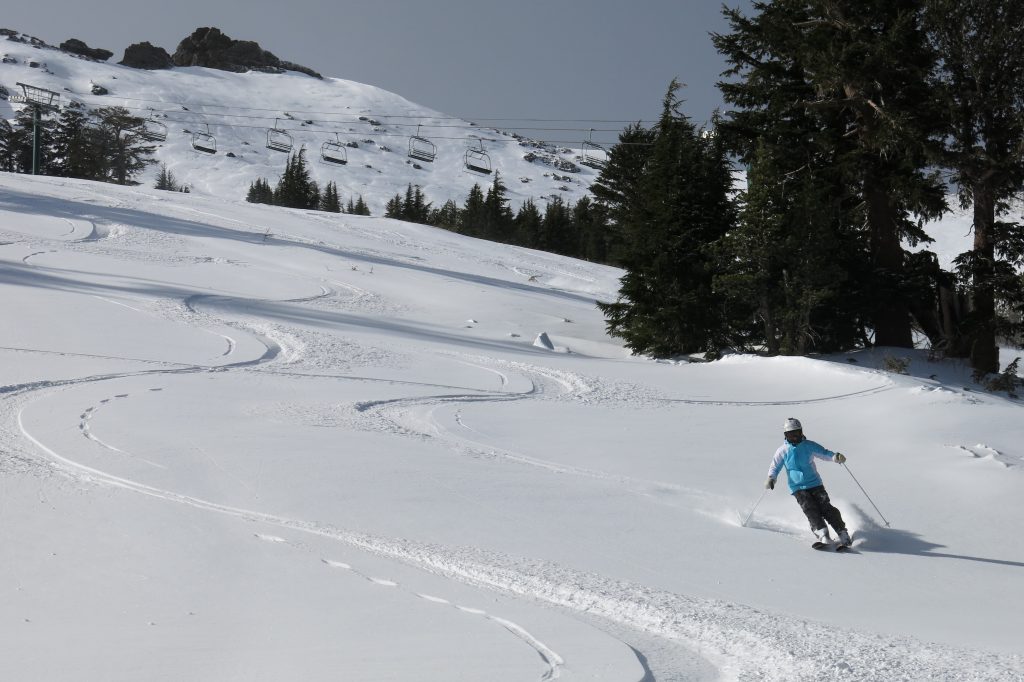 Some powder at Kirkwood December 20th

Every year between Christmas and the New Year we take a trip where we travel to ski 2-3 new resorts.  This time we decided to ski the last 2 resorts on the list in Washington.  This was actually planned a few months ago when we saw that the winter forecast was for La Nina conditions with above average snow in the Pacific Northwest.  That’s exactly what played out with heavy snow north of Portland, so the trip was on.

We also wanted to try out our Escape trailer for winter camping with our dog Sammy so we hitched it up and headed up I-5.  Out of the 6-days we were gone, it rained or snowed non-stop for more than 4 of them.  This was definitely not ideal camping or travelling weather! 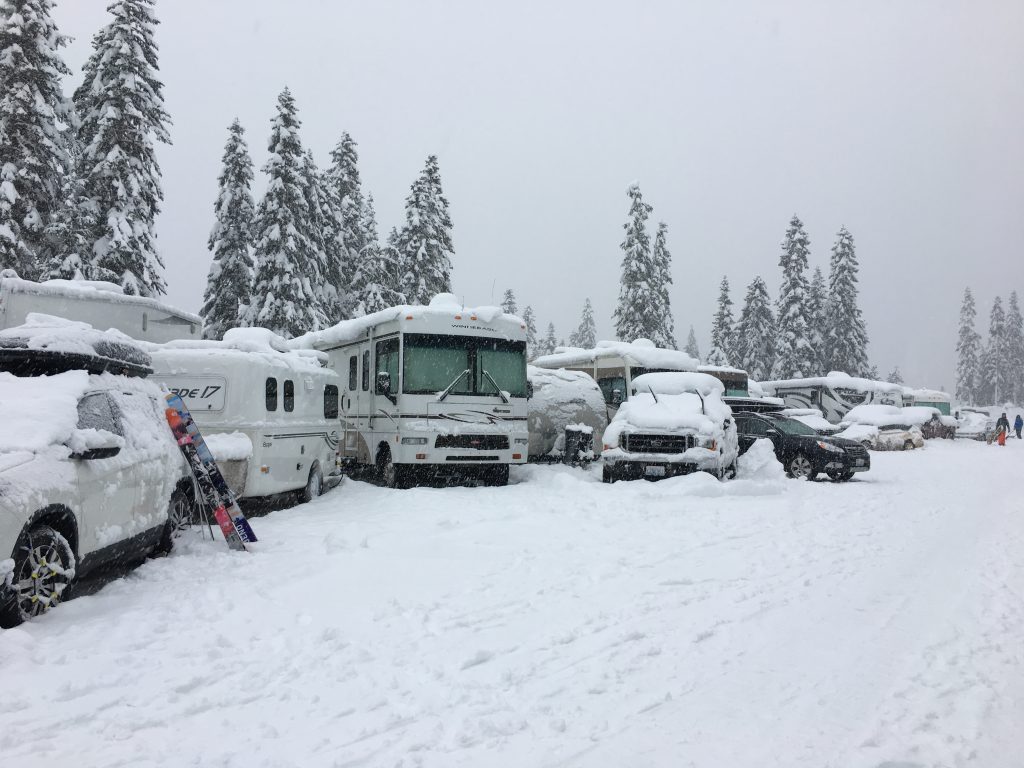 Our rig in the Stevens Pass RV parking lot

Our first stop was White Pass, which is a smallish resort in the central Cascades.  After skiing there we had an ambitious plan and short timeline which required us to ski Stevens Pass the next day to keep on schedule.  It’s more than 180 miles and a big storm was underway and we had some of the worst driving conditions I’ve driven in in years.  After we miraculously safely reached Stevens Pass we still had to make it the last few hundred yards up a steep hill to the RV parking lot.  This is when we realized that the Honda Pilot 4WD system is not up to the task of pulling a 3,000 lb trailer up a hill in deep snow.  I ended up trying various configurations of chains and the one that finally worked was one chain on one of the front wheels. 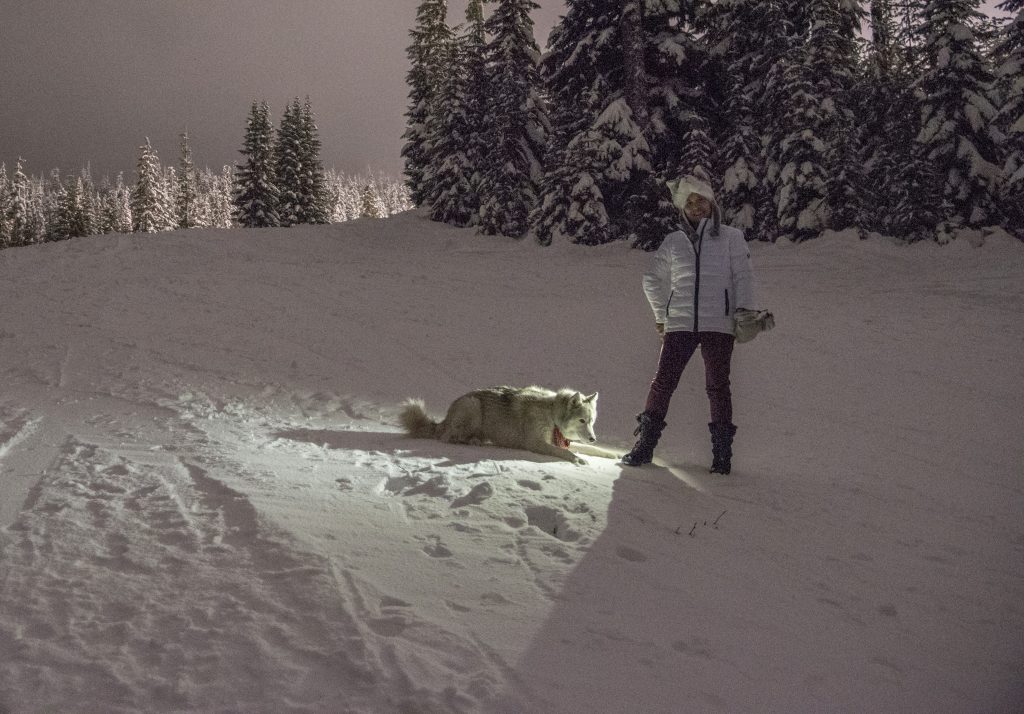 Sammy and AiRung on the night skiing slopes at White Pass

Our night in the parking lot at Stevens Pass was not peaceful with constant noise from the snow removal operations going on to keep the parking lot clear for the next day’s skiers in the heavy snow that was falling.  Early in the morning the avalanche bombs started and this caused our dog Sammy to hide under the bed.  We did ski and had a pretty good day, but we were very happy to descend out of the snow on our way to Seattle at the end of the day. 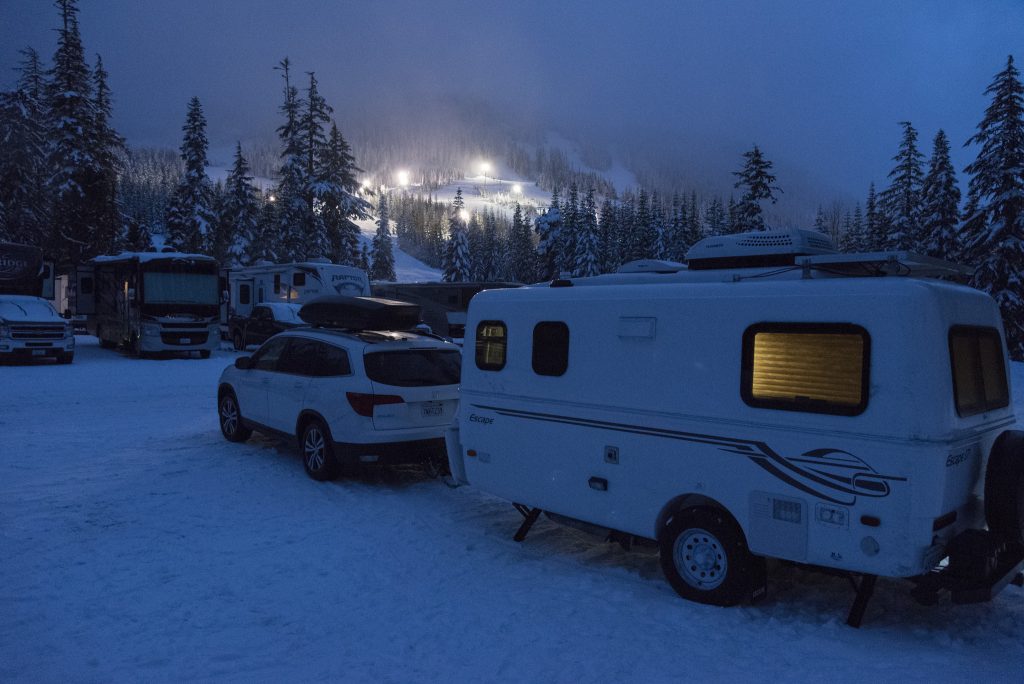 So thus far I have 9 days of skiing and AiRung 7.  Next up we have a trip to Park City in early February.  From there we will fly to Quebec, Canada to ski the 3 Quebec resorts on our list.  When we get back from that we will drive up to interior British Columbia to ski another 7 resorts up there on a 16-day driving trip.  This is going to be fun! 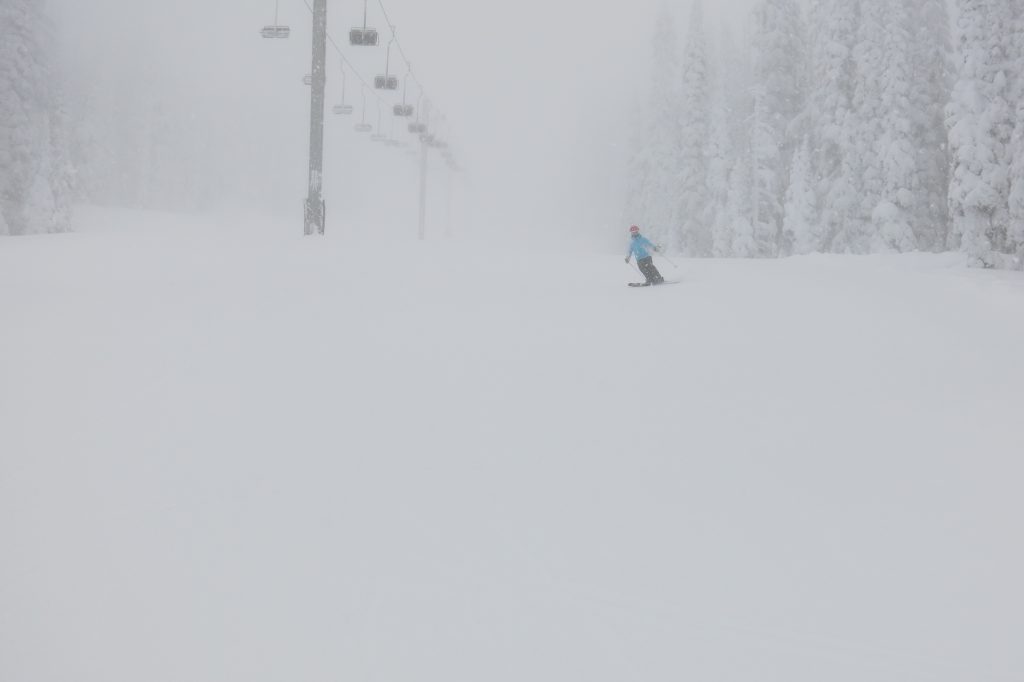