AiRung’s brother and his wife and 2 kids visit us each year from Taiwan starting in late January for an extended ski vacation in Tahoe.  They get better and better each year, and now they can ski just about anything so it’s a lot of fun playing the guide and skiing with them.  We started with 5 days at Heavenly, 2 at Kirkwood, and even a day of XC skiing at the Kirkwood XC ski center. 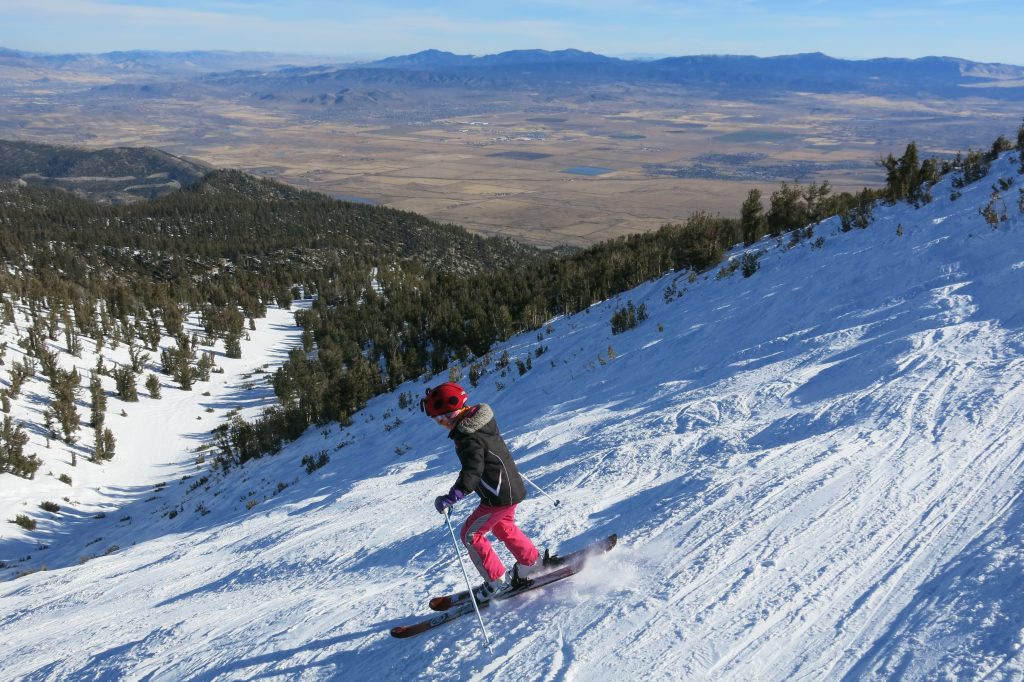 11-year old Vicky tearing it up on Milky Way Bowl at Heavenly, January 2018

After Tahoe, we headed over to Park City / Canyons for a change of scenery.  Our Vail Tahoe Local passes give us 5 days at Park City and we usually ski 3 days there every year if we have time.  This year Utah has had historically bad snowfall, but it was still a lot of fun.  We liked it so much in fact that we were scheming of ways to spend the entire winter there after we retire! 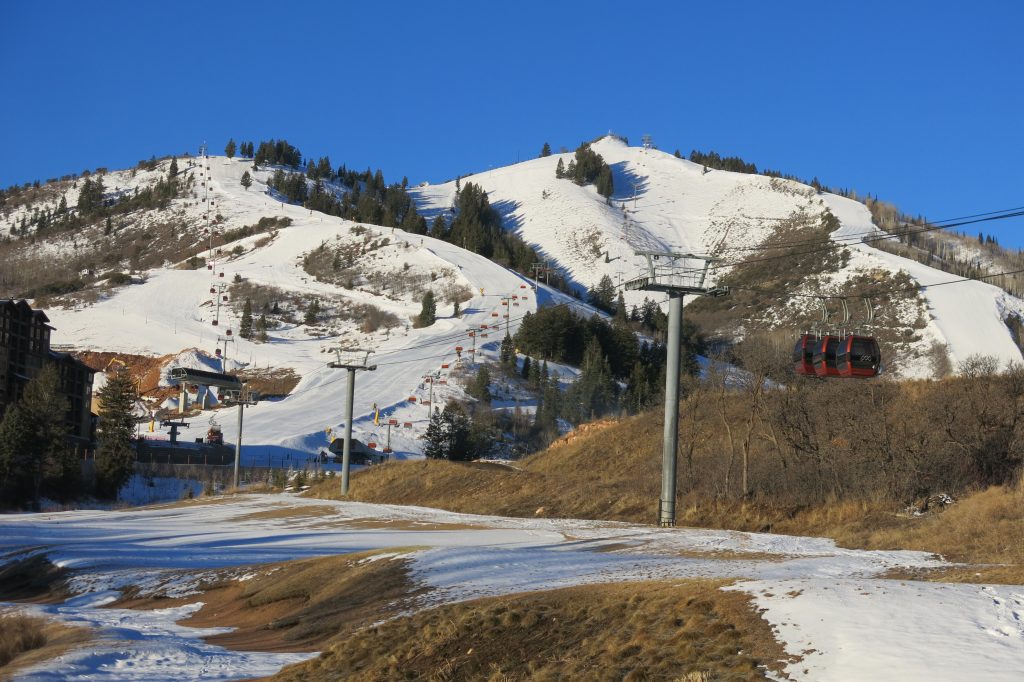 The last day AiRung and I were on assignment for Snowpak.com doing a piece on Deer Valley, with free tickets that they arranged.  It had been several years since we skied there and we had our opinion of the place improved significantly.  Deer Valley has remained true to its mission of quality, whereas nearby Park City/Canyons Village has just gotten more crowded and expensive under Vail ownership and has lost some of the unique culture that used to exist there.  There is also evidence of cost cutting with reduced grooming vs. what we saw years ago. 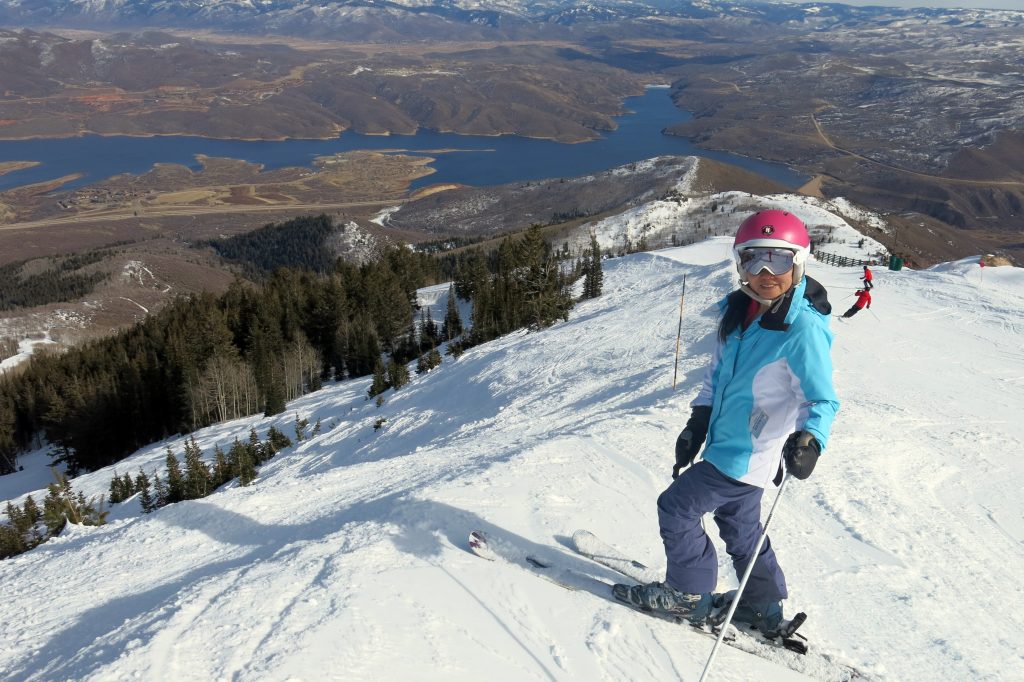 After Park City, we flew to Montreal, Quebec to ski the 3 Quebec resorts on our list.  Travel was even more difficult than normal due to weather and airline issues.  We had a connection in Toronto and there was one of the worst snow storms of the season going on when we arrived.  We finally landed after circling around to burn off excess fuel for an hour or so and found that our next leg to Montreal (a 1-hour flight) was delayed by 5 hours.  We had a 2-hour drive to Mont-Tremblant that we didn’t even start until 1:30AM, with snow-packed roads the whole way.  We got to bed at 4AM and got up at 8:30AM to ski in a daze.  Coming back wasn’t any easier because we got kicked from our flight due to high winds that meant the plane couldn’t fly full of people and luggage.  We arrived back home at 2AM (5AM Eastern time), again deprived of sleep. The things we do for the project! 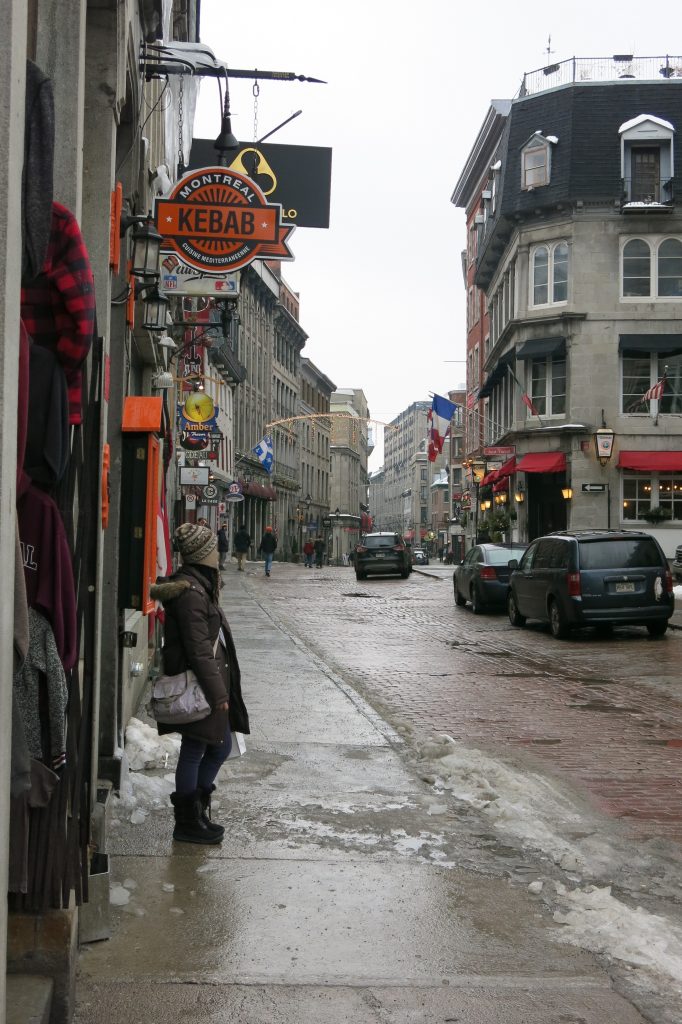 Quebec is very interesting but is definitely not our first choice as a destination for skiing.  The resorts are impressive on paper, but the reality is that the weather is unpredictable and has a big impact on the experience.  We encountered rain, snow, sleet, wind, and icy cold but even with all that we did really enjoy our days at Le Massif and Mont-Sainte Anne.  Other than Tremblant, just about all the skiers appeared to be locals, so that is a good indication that these are not really destination resorts that would match up to the usual places people travel to in the west.  The few people we talked to were shocked that we had traveled from California to ski in Quebec and one guy went on and on about how he really wanted to move to California as his #1 choice in the whole world! 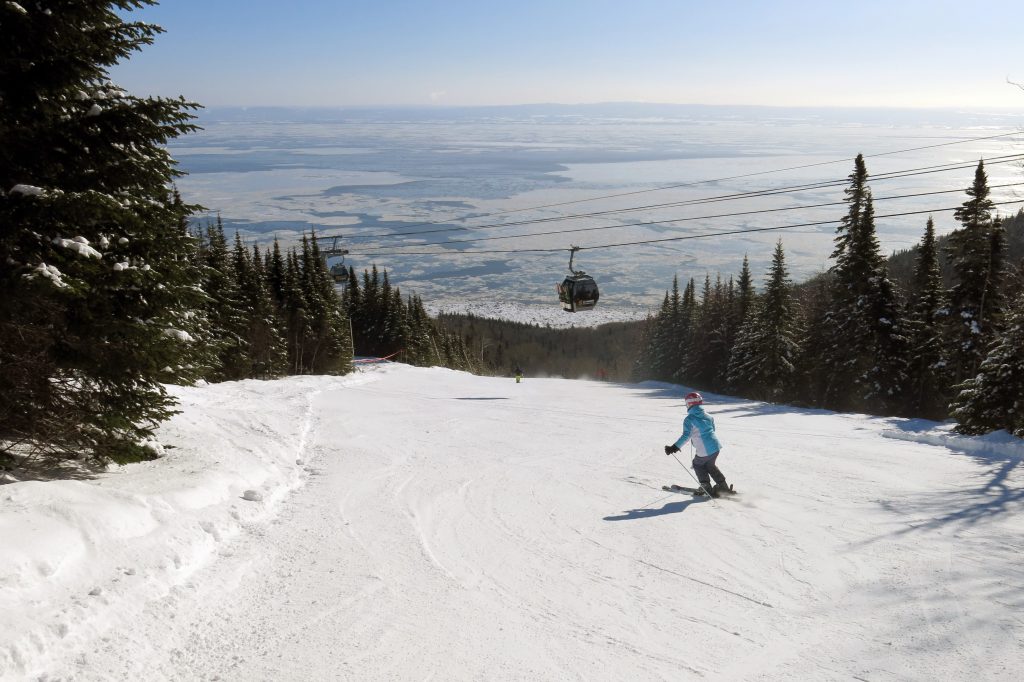 On the positive side, the food in Quebec is awesome, and if you like steep groomers like we do, this is your place.  Just sharpen your skis before going, and bring your warmest clothes! 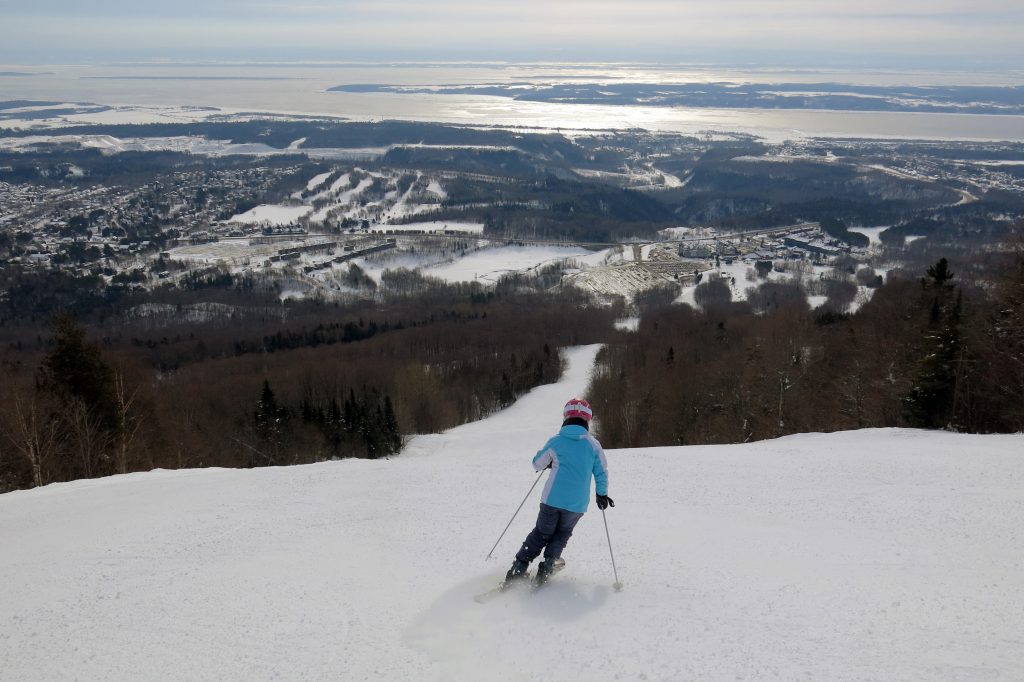 So mission accomplished with 3 of the 10 eastern resorts on our list done.  Now we are up to 27 days on the snow for Ron and 21 for AiRung.  Next up we are heading up to interior British Columbia for the last leg of our 5 week tour.