This is the 2nd to the last weekend for us skiing in Tahoe.  Kirkwood is saying they will be operating on a “day to day” basis but probably won’t make it to next weekend, and Heavenly’s last day will be April 19th.  Conditions were actually pretty good at Kirkwood due to the 28″ of fresh snow received in the last week.  There were still some pockets of soft dry snow on north-facing steeper slopes.  The steep stuff was skiing well and the groomers never slushed up. The total snowfall for the year is 187″ for them, which will probably be it for this season since nothing is expected next week. That is historically low, but not bad when compared with the average for many resorts on our list. 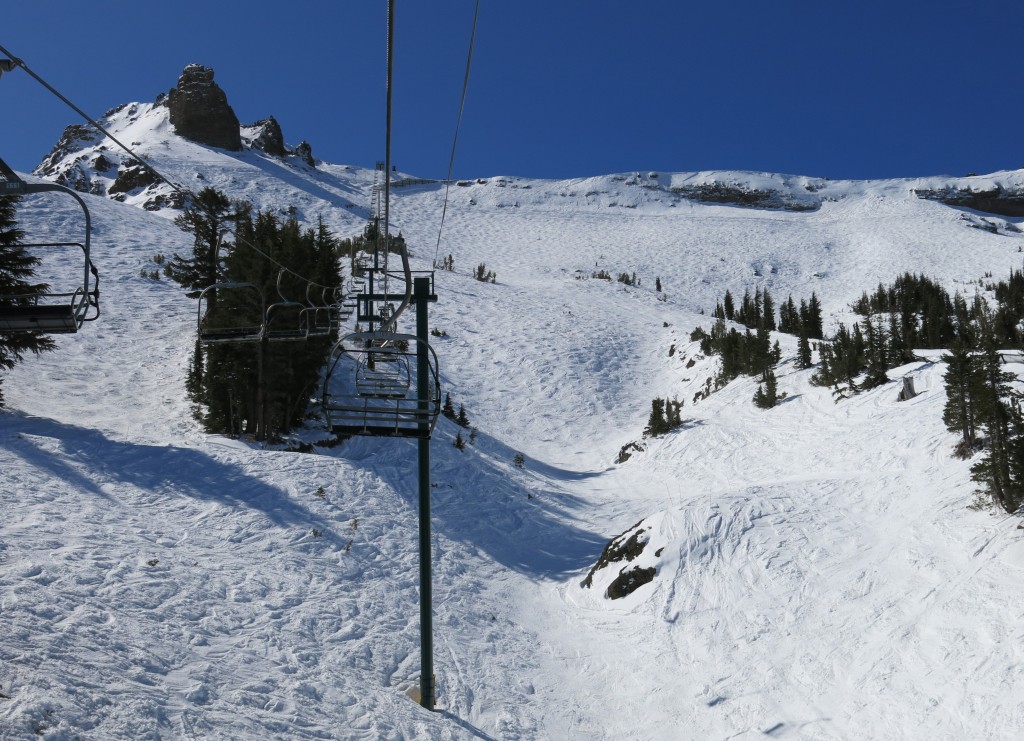 Heavenly wasn’t very good at all. It was surprisingly cold and windy, which made for very icy conditions. There are really only 5 main long runs left open, so a couple of runs on each makes for a short day. It’s been a super challenging year for them, and the 85″ of natural snowfall this season is just not enough — even with the 300+ acres of snowmaking they have. That is only 28% of the average reported snowfall of 304″ from 2008-2014, and that’s at the snow measuring altitude of about 8,600′. Basically no snow fell below 7,500 feet this year.

Still, it’s fun to ski our home resorts and any day on the snow is a good one. 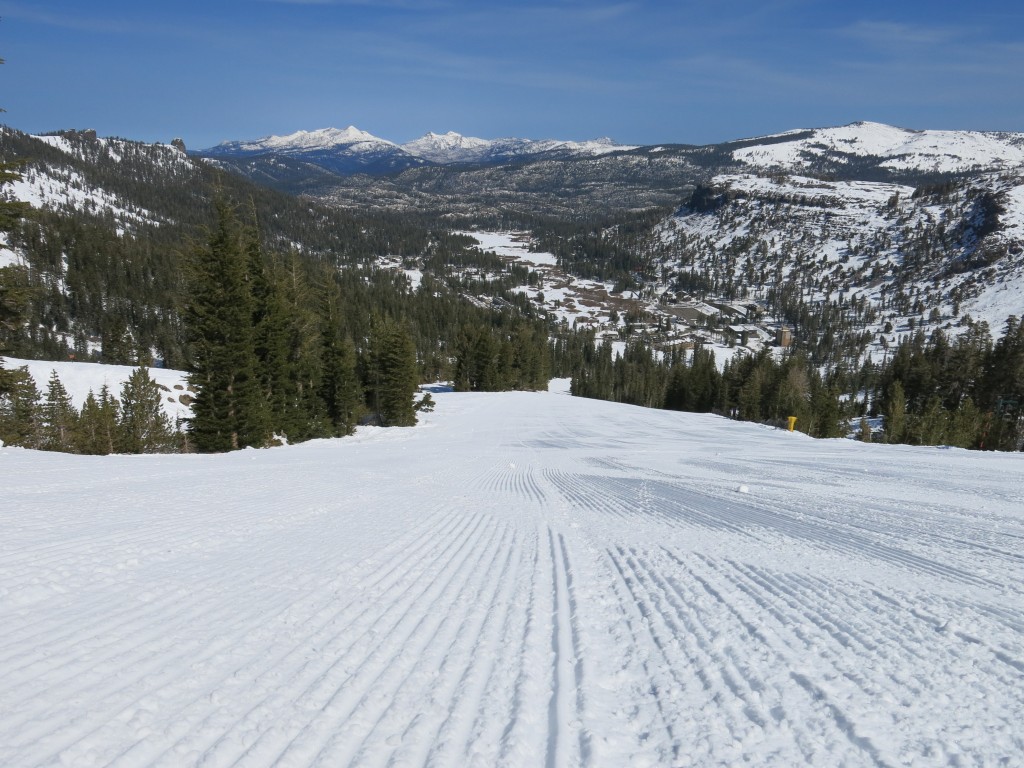