The end of our ski season has arrived so we will reluctantly hang them up and reflect on what was our best year ever!  Records were broken, and some great memories were made. 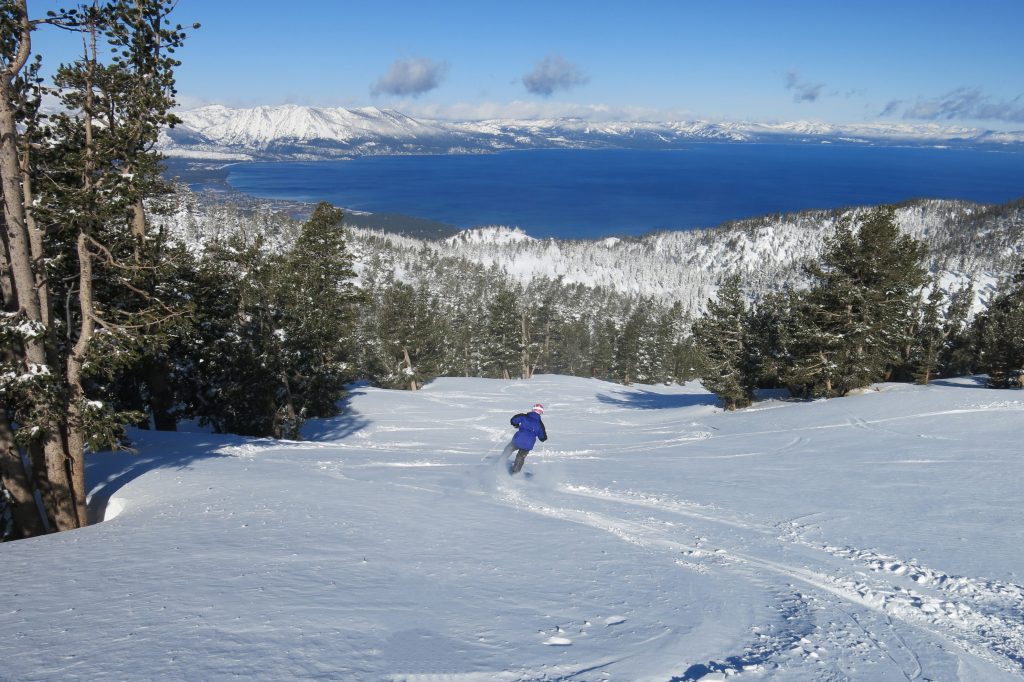 Kirkwood closed on April 8th and Heavenly on the 22nd, so this last weekend was the first time I was not skiing and was home in Fremont since mid January! Total ski days this year were 55 for me and 38 for AiRung. This is a record for me and ties a record for AiRung, which is all the more impressive because December, January, and February were way below normal snowfall in Tahoe. At the end of February we were flirting with record low snowfall, but then we got another one of those Tahoe “Miracle March’s” which provided some awesome powder days. In fact March 17th at Kirkwood was the deepest inbounds powder I’ve ever skied. 74″ fell in 2 days, and it was super cold, which made for light blower powder like you would find in the Rockies. Neck deep isn’t an exaggeration! 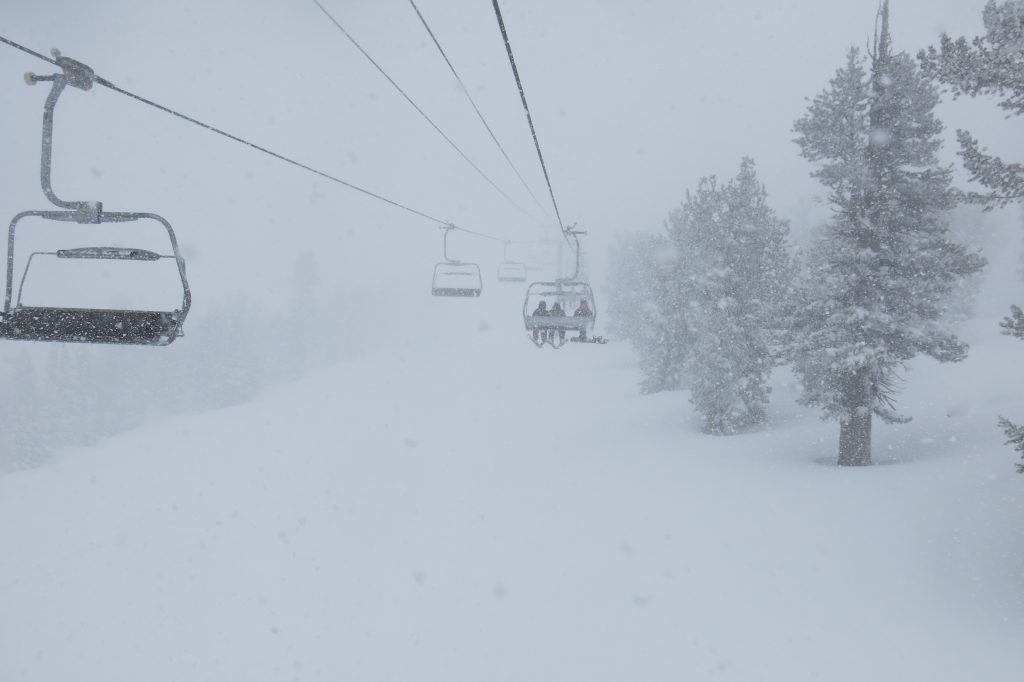 The start of the biggest storm of the season at Heavenly, March 2018

The snowfall continued well into April and both March and April had much higher than normal snowfall and colder than normal temps — just what we needed. The season ended up with about 75% of normal at Kirkwood and Heavenly which is something I never saw coming at the end of February when we were somewhere around 30% of normal. I skied closing day at Sierra at Tahoe which featured 15″ of fresh and lots of tree skiing. 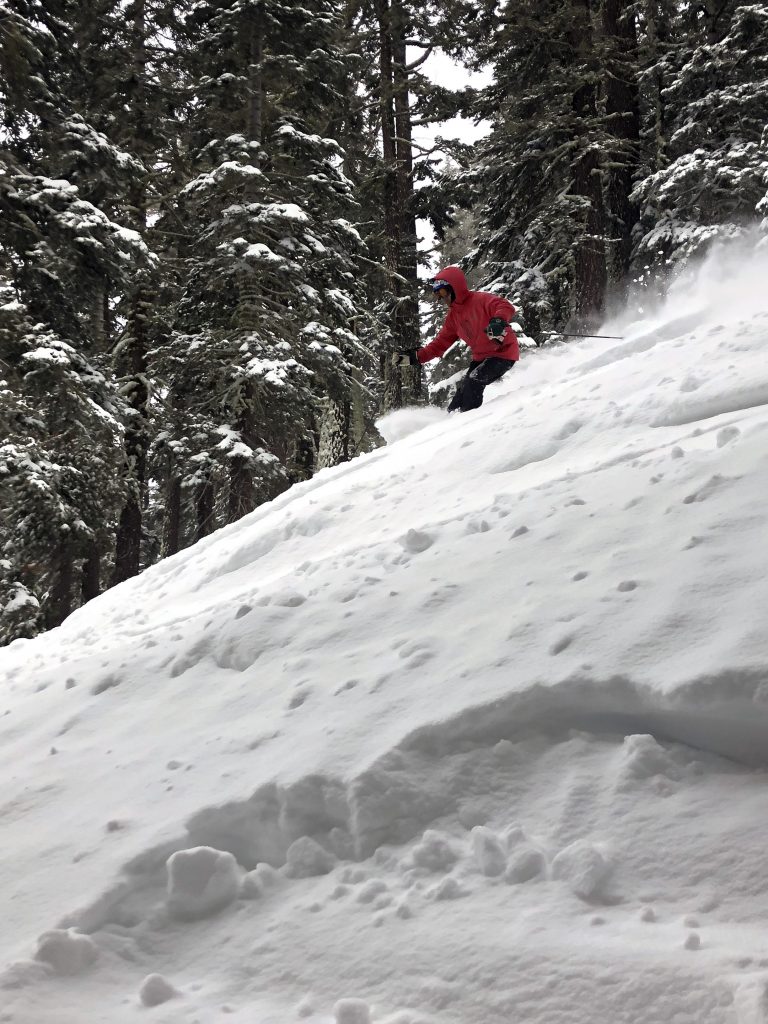 We had the best ski trip ever this year which started in late January and lasted until early March courtesy of my 5-year sabbatical from Adobe (see the previous post). We skied a record 11 new resorts from the far west coast (Stevens Pass) to the far east coast (Le Massif). Trips like that are what we live for. 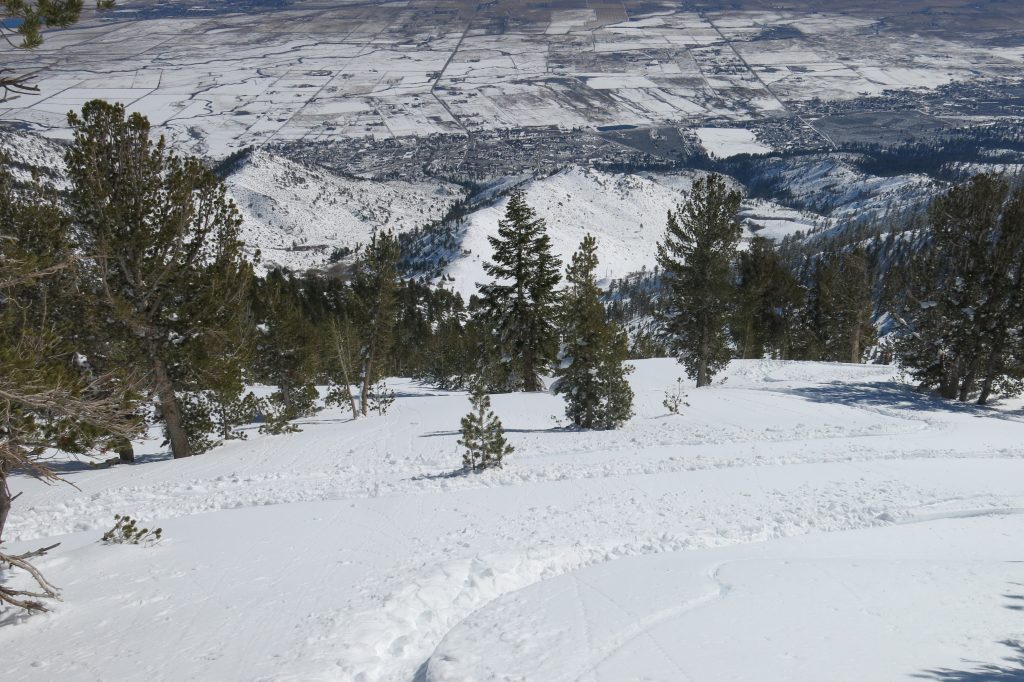 10 minutes after Killebrew Canyon opened for the year at Heavenly, March 2018

As usual we spent about 10 days skiing with AiRung’s family in Tahoe and Park City.  This is a lot of fun for us because they are now able to ski just about anything and can follow us all over the mountain. 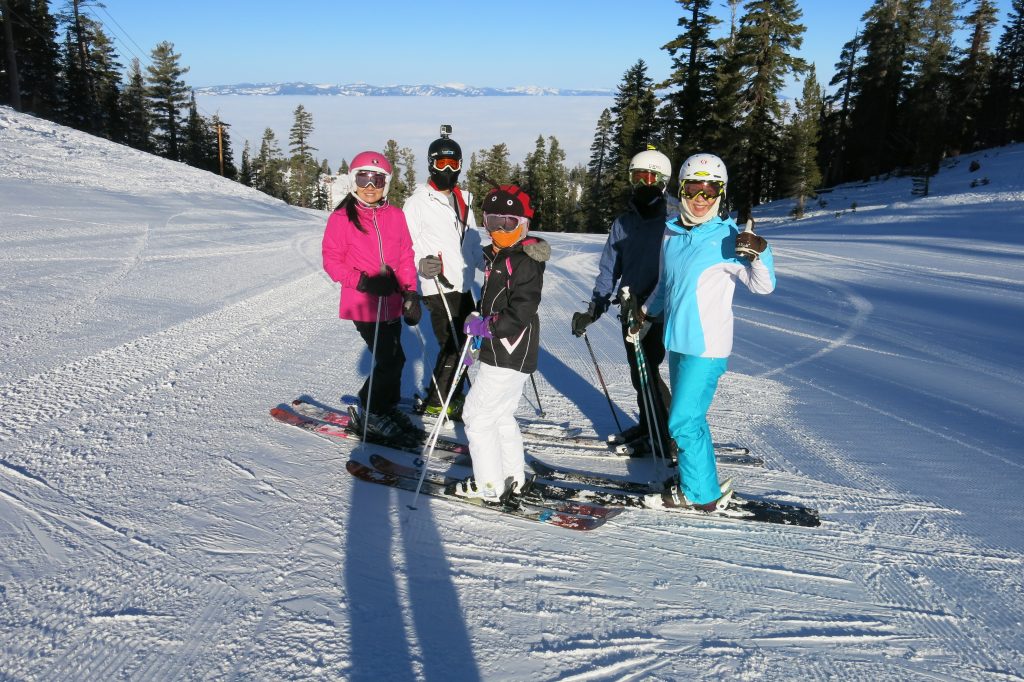 AiRung and family at Heavenly, January 2018

The planning is now underway for next season when we will hit some of the remaining resorts we have to do in Colorado including my old hometown Crested Butte. Can’t wait! 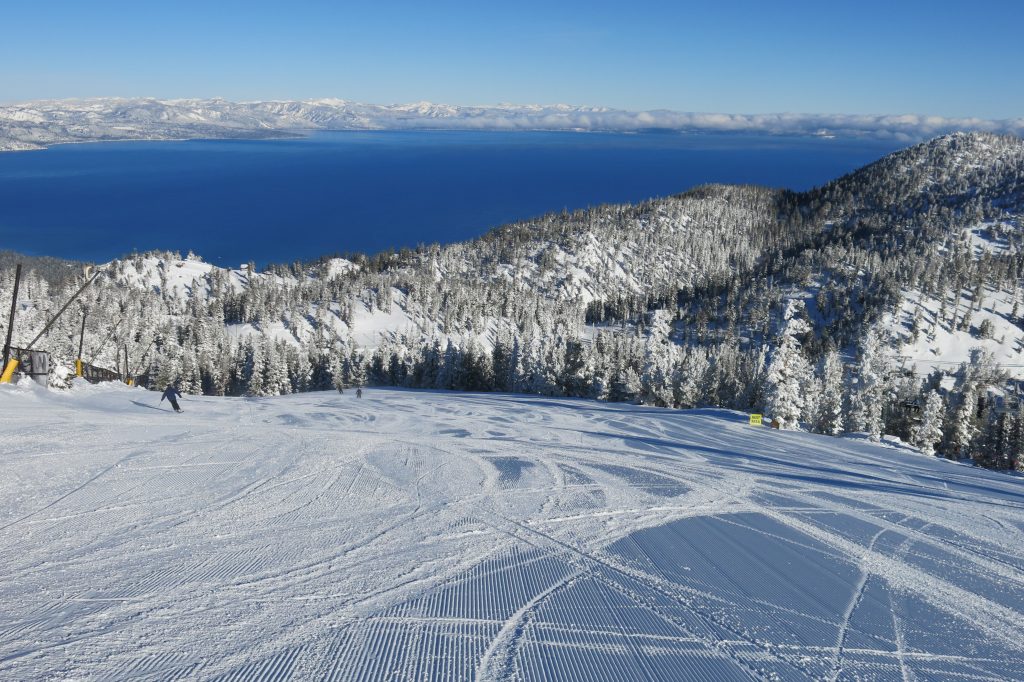