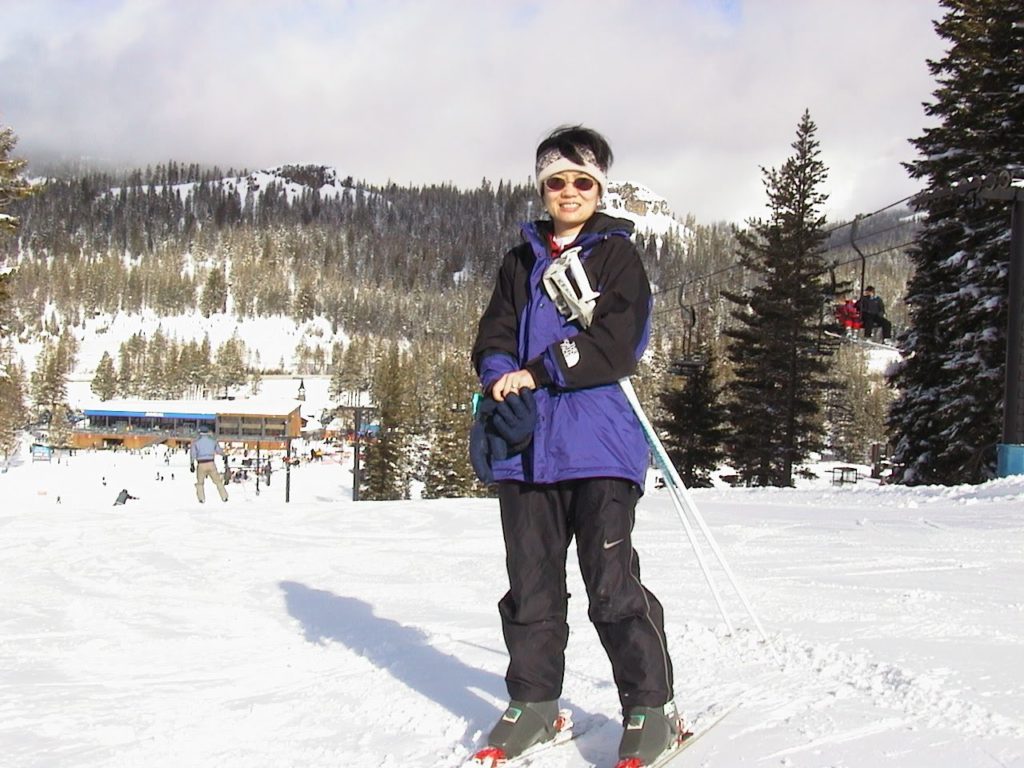 This is a small hill that has mostly been turned into a terrain park now.  They cater to the younger park crowd and offer night skiing.  If you learned to ski in Northern California, chances are you took lessons at Boreal, and that is where AiRung and the kids took most of theirs also.  It was a big step when she was finally (after 5 lessons or so) able to ski down from the top.

Other than as a learning area or for terrain park use, there isn’t much there for others.  They do have the distinction of usually being the first to open in California in October with a small patch of man-made snow at the bottom.  They also have a single high-speed lift and a lot of snowmaking, so it’s a major operation that should be around for a long time. 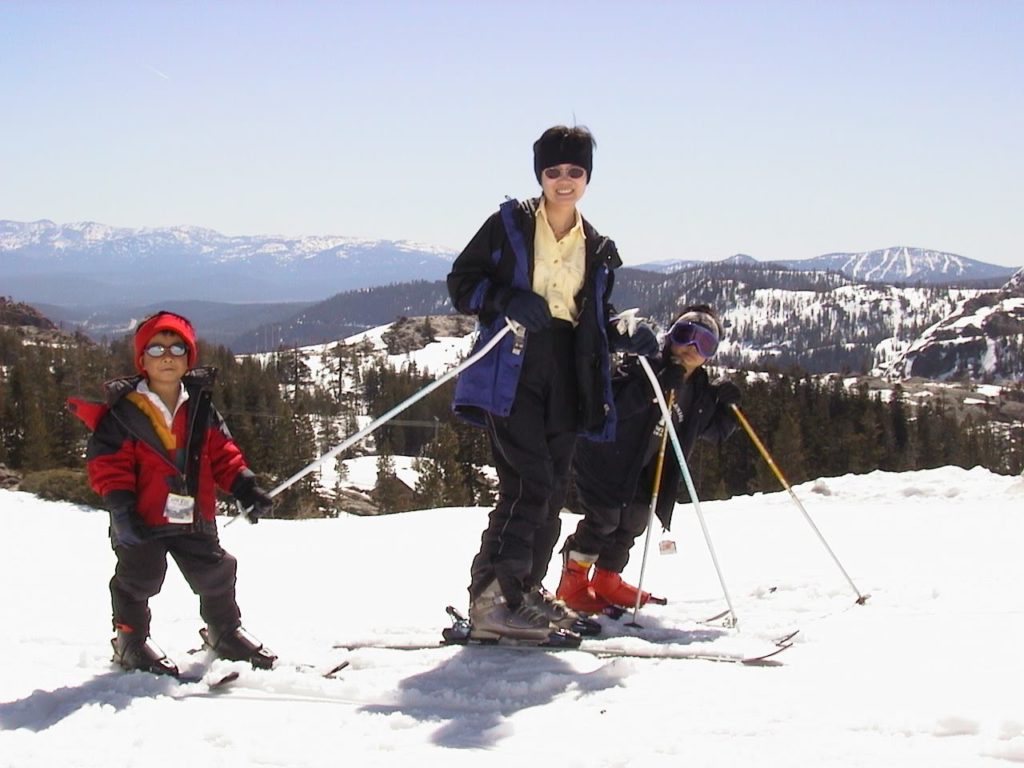 Directly north of Boreal and across from Sugar Bowl lies Donner Ski Ranch.  We used to take the kids there when everyone was learning because it was small step up from Boreal with about 750′ of vertical vs. 500′ at Boreal, and some more interesting terrain.  They used to offer $20 Adult lift tickets, so it was cheap for the whole family to ski there.

It’s a fun place for what it is, but their ancient lifts and lodge really need upgrading, and the vertical is too small to compete with the bigger areas nearby.  They also don’t have any snowmaking which is a problem given the fact that the base area faces south at a relatively low elevation.

We took the whole family to this ski club hill west of Los Alamos, NM sometime around 2001.  I had skied there many times as a teen living in the Albuquerque area.  It’s good when they have snow, but they don’t have any snowmaking and with an annual snowfall of about 150″ they usually don’t have much to work with.  The lifts and lodges are also very old.  This was the only place I ever skied where they had outhouses for bathroom facilities, but that was in the late 70’s and they do have actual flush toilets now! 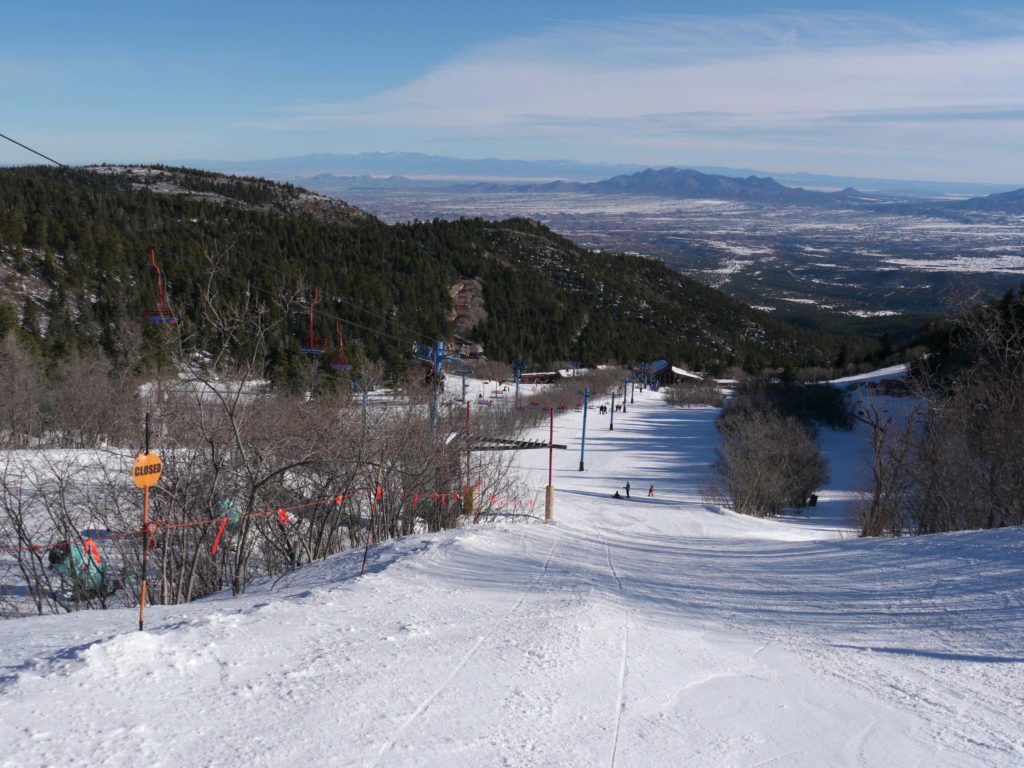 This was the first place that AiRung ever skied.  She had her first lesson there in 1999.  I grew up 7-miles away in Cedar Crest, but we never skied there that much because with only 30 acres of snowmaking (15%?) and with an average of only 125″ of snowfall a year, it was rarely worth it.

Sadly, in recent years global warming has taken a severe toll on the resort and it seems like it’s no longer a viable ski venue.  They never opened in 2021/22 and were only open a few weeks the year before.  Chair 1 has been removed and I wonder if the resort will ever operate again.

If they had snow and/or more snowmaking it would actually be a pretty great place because it has an 1,800′ vertical with many long narrow-ish runs through the deep trees that meander down the mountain.  There is enough variety there to keep an intermediate skier happy all day.  This is the best ski hill on this list of places that we skied but did not make our 100 list.

This is another North Tahoe small hill with 600′ of vertical.  I believe it is operated by the homeowners association of the development by the same name.  Again, cheap lift tickets enticed us there when everyone was learning.  It’s a one-lift hill with a bunch of runs flowing down 3 sides of the rounded summit.

This is basic throwback skiing the way it was for me growing up in Western New York, but there isn’t much there for anyone who has moved past the learning stage.  Lack of snowmaking and low elevation means it often opens late and closes early.

See the full Homewood review.  This qualified and was on the list for years, but it’s now becoming a semi-private resort so it cannot be on the list any more.  It’s too bad because it’s an interesting place and we skied there many times back before it was purchased by a real estate developer in 2006.

It went downhill after that.  They tried to take it upmarket by installing a high-speed quad and then they raised prices for both season passes and lift tickets.  The result was a 2/3 decline in season pass sales and 40% decline in skier visits by 2022 which became untenable as a public ski resort.  Season passes will now only be available to homeowners in the area, and they are phasing out daily lift ticket sales.

See the full Brian Head review.  Brian Head was on the list originally, but when we got there and skied it we realized it doesn’t have enough real vertical drop at only 1,200 ft.  It’s also generally very flat so not what we are normally looking for in a Top 100 ski resort. 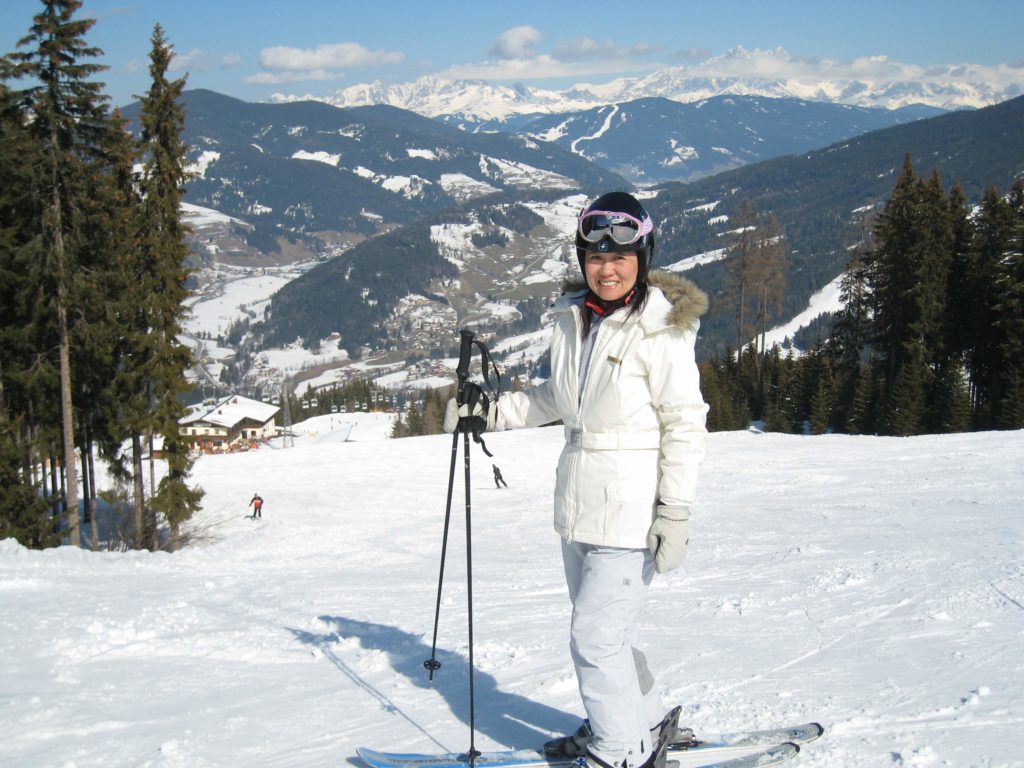 AiRung and I visited the Salzburg area in 2008 where we skied 5 resorts around Sankt Johann im Pongau: Bad Hofgastein, Alpendorf, Wagrain, Hofmark, and Flachau.  Most of them are connected in some way, and the many, many ski areas in this region offer a crazy collection of different types of lifts spread all over hundreds of miles of terrain.

It wasn’t exactly what we expected though.  We were thinking it would be like 10 Vail’s strung together, but the Austrians do it differently and it didn’t really measure up to what we have here in the American West.  Rain and lack of snow dampened our enthusiasm for the skiing there, but we know it can be great with better conditions.