It’s been a great ski season so far! 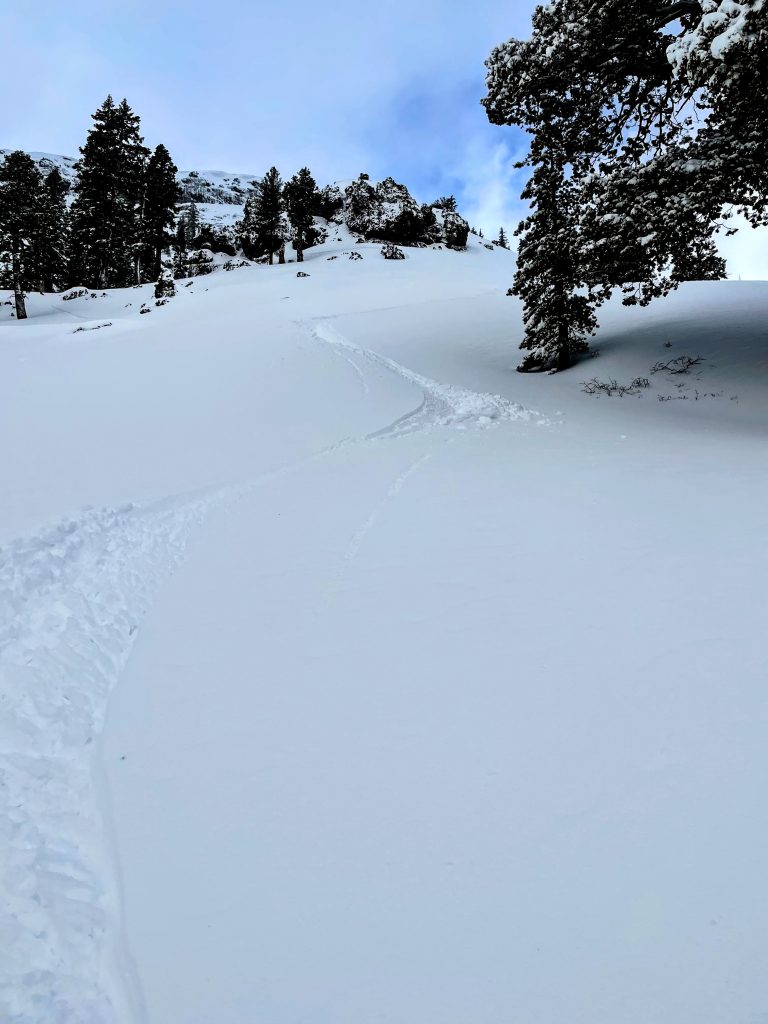 As of March 20th, I have 55 days and AiRung has a respectable 29.  This year in Tahoe has been far below average as far as snowfall, currently sitting at 66% of normal averaging the 3 resorts we usually ski at: Sierra at Tahoe, Heavenly, and Kirkwood.  The snow quality has been higher than average though, with many smaller but cold storms.  We’ve only had one large storm this year vs. the 3 or so we usually get, which is the main thing this season is missing.  That has dragged down the totals.  But honestly those huge storms are a huge pain and it’s hard to even get much skiing in right after a 4-foot dump.  It takes the resorts days to dig out, fix things, and open up terrain sometimes. 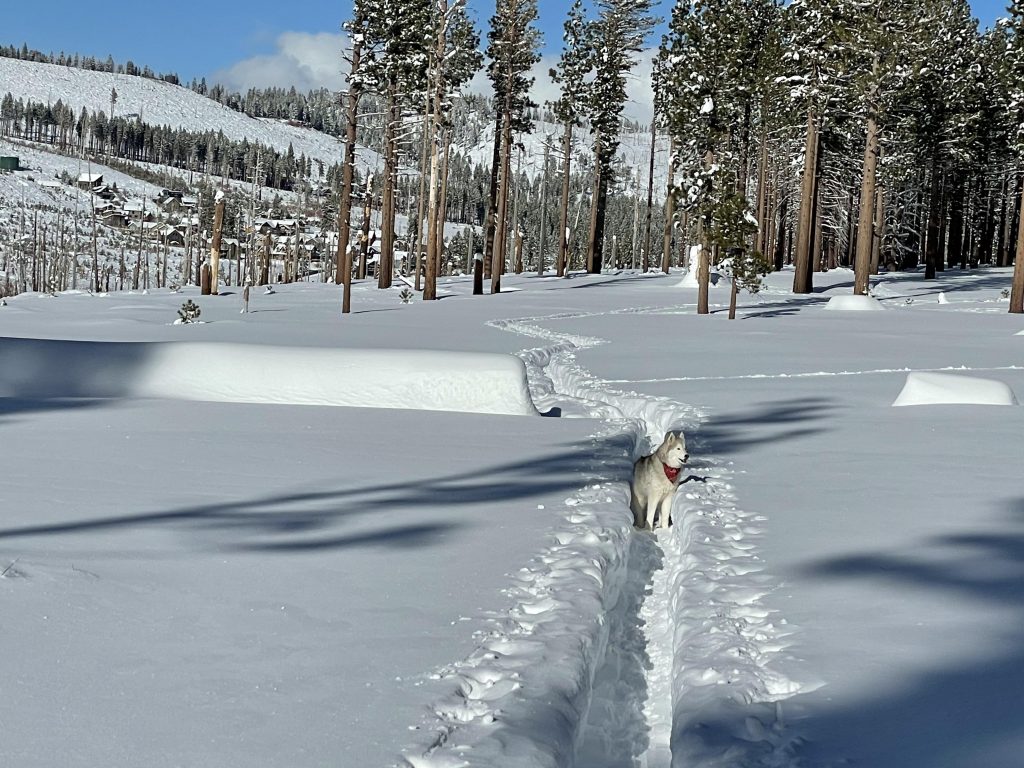 Trench touring after the one big storm, January 2021

This will be the first year we actually ski more days at Sierra at Tahoe than Heavenly and Kirkwood.  We have passes to both, but Sierra has been the best option for snow quality and depth most of the season.  Plus it’s close and just really fun.  I plan to update the Sierra review to give it a higher ranking soon.  That place is incredible with great groomers on West Bowl, steeps in Huckleberry Canyon and all over the top of the Grandview chair, and tree skiing everywhere. 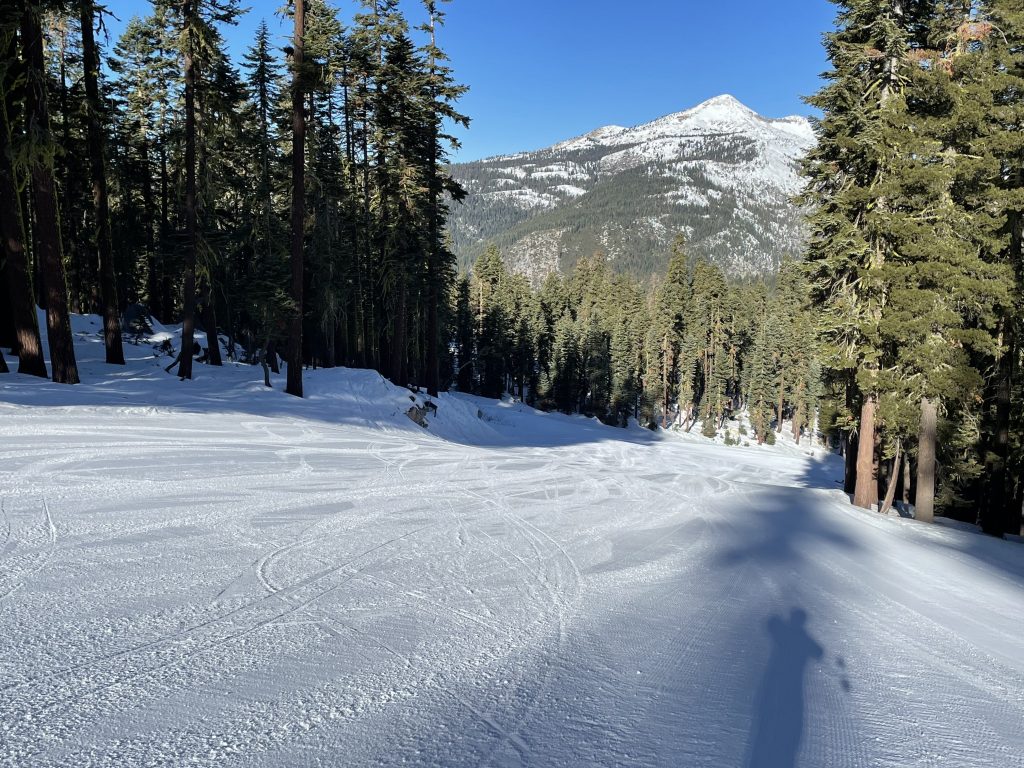 Crowds have been really bad this year on weekends, but now that I’m retired I ski mostly weekdays which are usually only bad on powder days.  Most resorts have reported that visitation is down compared to prior years, but it doesn’t feel that way.  Lines have been long due to reduced lift capacity to allow for social distancing.  This is usually worst right when the lifts open and base area lifts are jammed with people trying to get up the mountain.

We made very little progress on the project this year due to Covid.  Our plan was to get some Montana resorts done, but as the date grew closer there were a lot of anti-masker conflicts going on in Idaho and Montana.  Instead, we used our 5 included days on the Epic pass at Vail, Beaver Creek, and Park City, which had fewer mask issues going on.  Beaver Creek was the most fun of the 3, with a powder day and lots of fun revisiting our favorite runs there. 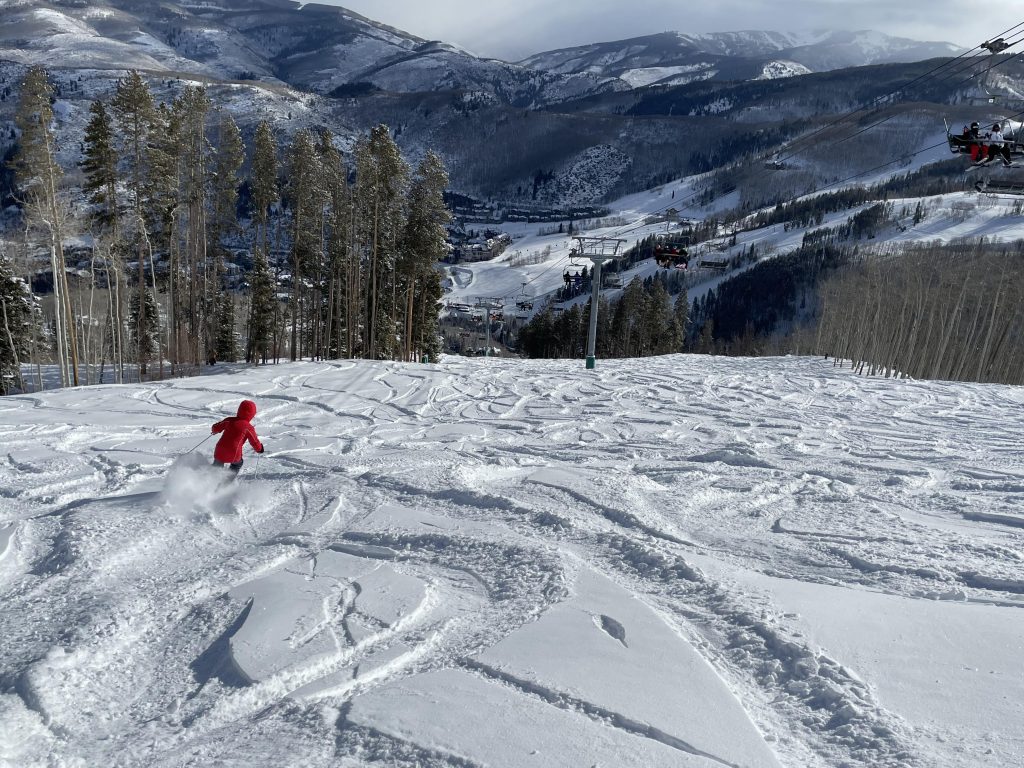 The only progress we made was revisiting Bear Valley.  We had skied there last 19 years ago, and had no pictures at all.  On our several prior visits the Grizzly chair was never open, which is the main attraction.  We did a day trip in early March and had a great time.  We were able to ski the whole mountain this time, got lots of pictures, and updated the old review.  It definitely deserves a place on the list and we upped our rating to 3 stars. 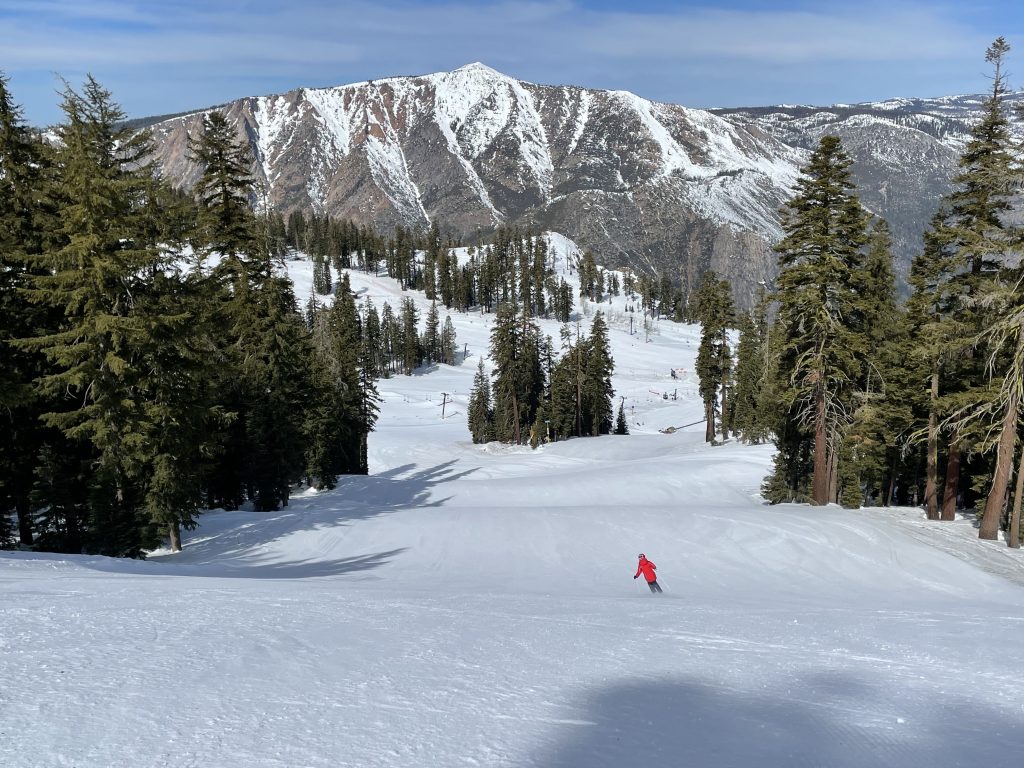 There has been one change to The List this year.  Everyone feels like Powder Mountain, Utah should be on the list.  I’ve been there and felt like so much flat terrain made “powder days” more like “plow days”.  Still, that was more than 10 years ago and we plan to give it another chance with open minds.  The dropped resort will be Montana Snowbowl.  It looks interesting, but the ancient Riblet center pole lifts, lack of snowmaking, and lack of consistent snowfall means it will be dropped.  We will probably ski it anyway in the next couple of years and if it’s awesome we will reshuffle the list again.